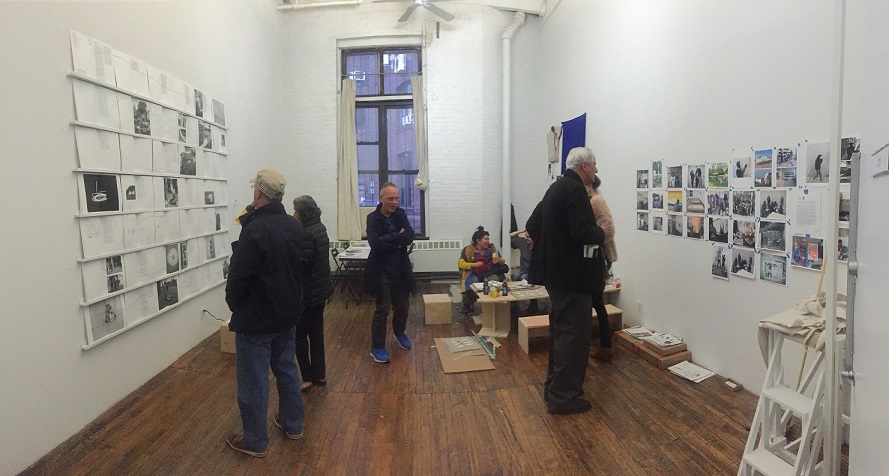 Dutch visual artist Saskia Janssen was selected by the Mondriaan Fund to be a resident artist for the year 2015 at ISCP New York. This weekend you can take a look in ISCP’s Open Studios where Janssen and other resident artists will present their work and projects.

Twice a year, in April and November, ISCP hosts three-day long Open Studios, presenting work by the 35 ISCP artists and curators in residence, accompanied by performances, panel discussions and exhibitions. During Open Studios, residents present recent projects, work in progress, site-specific installations and their archives to over 2,000 professionals and art enthusiasts from New York and beyond.

Saskia Janssen mixes a variety of media with an anthropological approach in her socially engaged site-specific works. She has collaborated with sailors, nightclub singers, hard drug users, Buddhists, and psychiatric hospital patients and inmates. The outcomes of these collaborations have taken the form of installations, recorded albums, drawings, performances and printed publications. Together with George Korsmit, in 2005 she established The Rainbow Soulclub, an art studio in an Amsterdam shelter for long-term drug users. Since then, they have run a weekly program in the studio, often together with their art students.

Saskia Janssen (born 1968 Hertogenbosch, The Netherlands) lives and works in Amsterdam. She graduated from the Royal Academy of Fine Art in The Hague and was a resident at the Rijksakademie in 1996 and 1997. Exhibitions include Diamonds in the Sky, Museum Het Dolhuys, Haarlem; A Glass of Water (Some Objects on the Path to Enlightenment), Ellen de Bruijne PROJECTS, Amsterdam; The Dutch Identity?, Museum De Paviljoens, Almere; and Monument for Invisible Particles, commission for the Bonairian tax building for the Central Government Real Estate Agency. Janssen is represented by Ellen de Bruijne PROJECTS and currently teaches at de Gerrit Rietveld Academy in Amsterdam.