Ivo van Hove’s “A View from the Bridge” on stage in Washington D.C.

Ivo van Hove's "A View from the Bridge" on stage in Washington D.C. from November 18 until December 3

Ivo van Hove‘s “A View from the Bridge”, that won three Olivier Awards and two Tony Awards for ‘Best Revival of a Play’ and ‘Best Director’ is on stage at The John F. Kennedy Center for the Performing Arts in Washington D.C. from November 18 until December 3.

This adaptation of Arthur Miller’s tragic masterpiece confronts the American dream, telling a dark and passionate tale. The story is set in the working-class neighborhood of Red Hook in Brooklyn, New York. Many of its community members are longshoremen (dockworkers who load and unload ships) and their families, who immigrated to the United States from Italy. A lawyer named Alfieri narrates the action. He works with the people of Red Hook and is particularly moved by the story of longshoreman Eddie Carbone. Eddie and his wife Beatrice have raised their niece, Catherine, as their own daughter. She is now 17 and excited to enter the adult world, despite Eddie’s strong desire to keep her from leaving home. Beatrice’s cousins, Marco and Rodolpho, arrive illegally from Italy. At first, the family is eager to help the cousins adjust to life in the United States, but Eddie becomes hostile and obsessive when one of the cousins shows a romantic interest in Catherine. Eddie’s jealous mistrust exposes a deep, unspeakable secret – one that drives him to commit the ultimate betrayal, that consumes him, his family, and his world.

“A View From the Bridge,” said Ben Brantley of The New York Times, “…must be what Greek tragedy once felt like, when people went to the theater in search of catharsis…You also feel ridiculously blessed to have been a witness…”

“Breathe, everybody, breathe!” said Marilyn Stasio of Variety. “Audiences really need to be reminded of that at the end of Ivo van Hove’s magnificent production…” “The tension never dips as the show heads toward the kind of mind-blowing climax that’s the stuff of Broadway legend,” said Elisabeth Vincentelli of the New York Post.

This production of Miller’s classic was first presented at the Young Vic in 2014, then transferred to the West End in 2015, before openening on Broadway in November 2015 for a limited run that closed this past February. Following the run at the Ahmanson Theatre, Center Theatre Group will tour this production to the Kennedy Center for an engagement in the Eisenhower Theater which will play from November 18 through December 3, 2016.

Buy tickets for “A View From the Bridge” here.

Miller is known for making ordinary, working-class people the heroes of his stories. His plays are extremely political; he wants audiences to think about how individuals and families are impacted by what is happening in the world around them. You may be familiar with some of Miller’s other famous plays, which include The Crucible and Death of a Salesman. A View From the Bridge is based on a true story that was told to Miller. It was also inspired by events in his own life, including his romantic relationship with Marilyn Monroe and his refusal to name names during the 1950s McCarthy-era communist witch hunts in the U.S.

Belgian born Ivo van Hove has been the director of Toneelgroep Amsterdam since 2001. He is known for taking classics and reinventing them for today’s world. For van Hove, this means figuring out what will be most meaningful for the audience. His version of A View From the Bridge strips the play of its 1950s details in order to give the story a timeless quality. The stage is nearly empty. Characters go barefoot and wear neutral, modern clothing. Van Hove uses modern music and dramatic lighting to create the mood of the play and to reveal the emotions at the center of the story. ‘Ivo van Hove’s work has been groundbreaking in opening up  audiences’ understanding of classic texts and films. His work is unique, raw, shocking, surprising, hilarious – everything you want theatre to be – and he doesn’t shy away from the ugly or the profane. In a word, stunning, with a capital ‘S’.’ Cate Blanchett 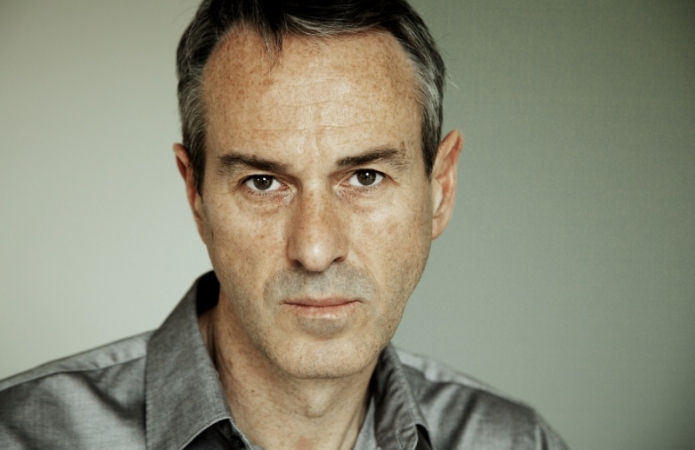