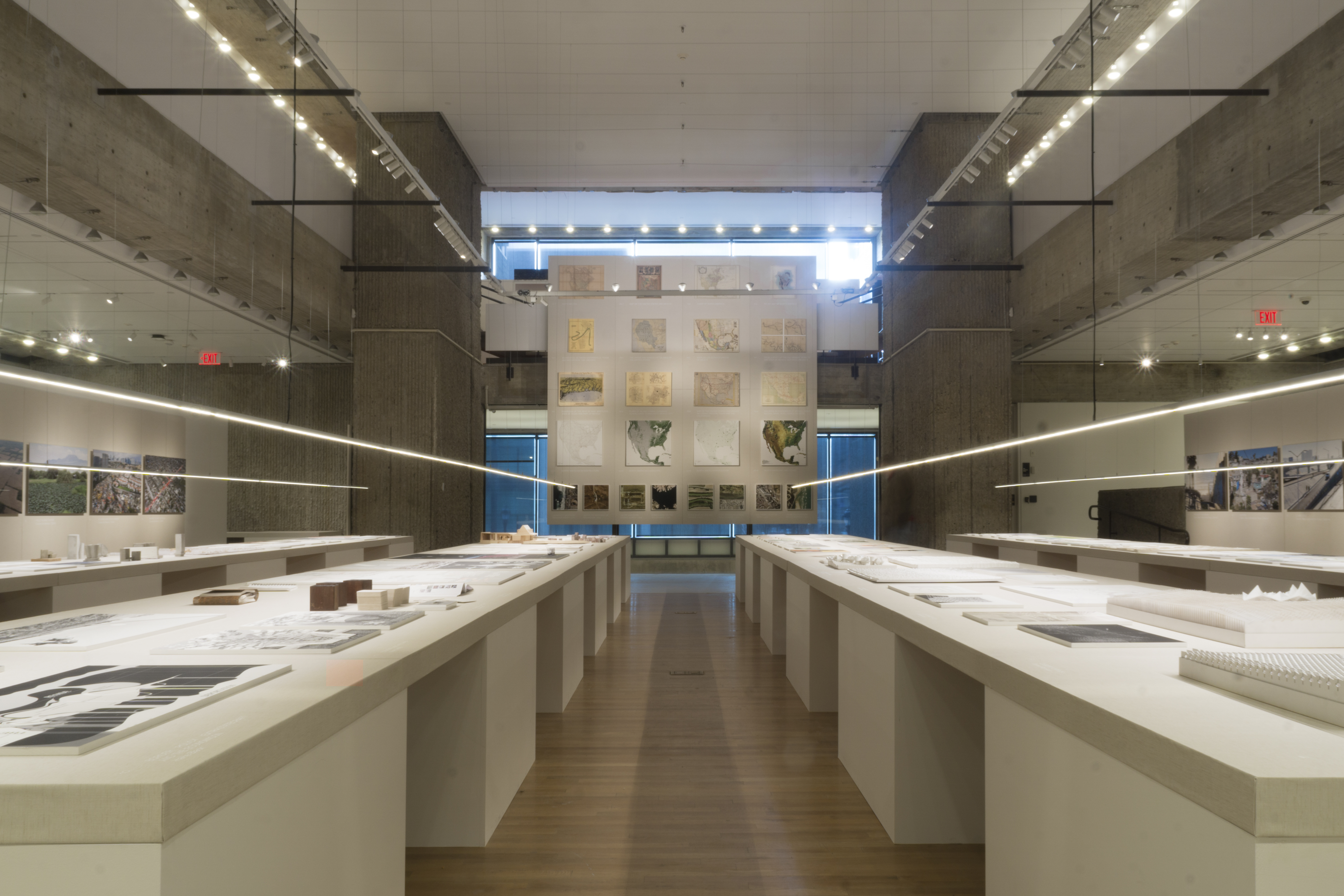 Installation shot at the Yale School of Architecture

From November 29th, 2018 until February 9th, 2019, the Yale School of Architecture will organize an exhibition titled “Two Sides of the Border” with images by Iwan Baan. The exhibition will use the photography of Baan to explore the issue of border crossing, migration, and other issues visible on the US-Mexico border. The Yale School of Architecture will also organize a lecture by Iwan Baan to elaborate on the subjects discussed in the exhibition on January 24th. 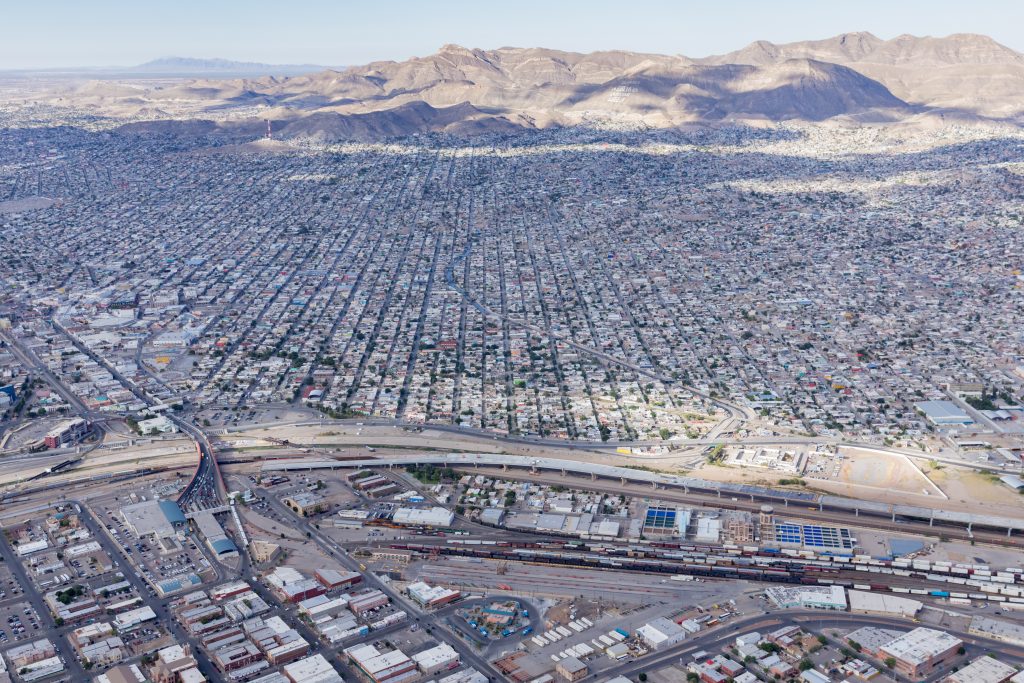 A view across the border from El Paso towards Ciudad Juarez. Image: Iwan Baan, 2018.

Two Sides of the Border

Two Sides of the Border is an exhibition in the form of an atlas, a book that selectively draws space and defines borders in order to produce a preferred image. The new atlas presents three perspectives: projective, objective, and subjective. The projective atlas displays work from the 13 studios’ examinations which took on interdisciplinary approaches to study and propose projects dealing with cross-border issues: migration, farming labor in Ohio and Kansas, and remittance houses in Mexico to name a few. The objective atlas shows new maps by Thomas Paturet, capitalizing on the assumption that maps have the capacity to dissolve North American borders by emphasizing other geospatial relationships. These are displayed alongside historic maps presenting 400 years of shifting borders in the region, destabilizing the collective imagination of the border. The subjective atlas is a photo essay by the photographer Iwan Baan who traveled to each of the studio sites to capture their changing landscapes and architecture’s role in these regional relationships. 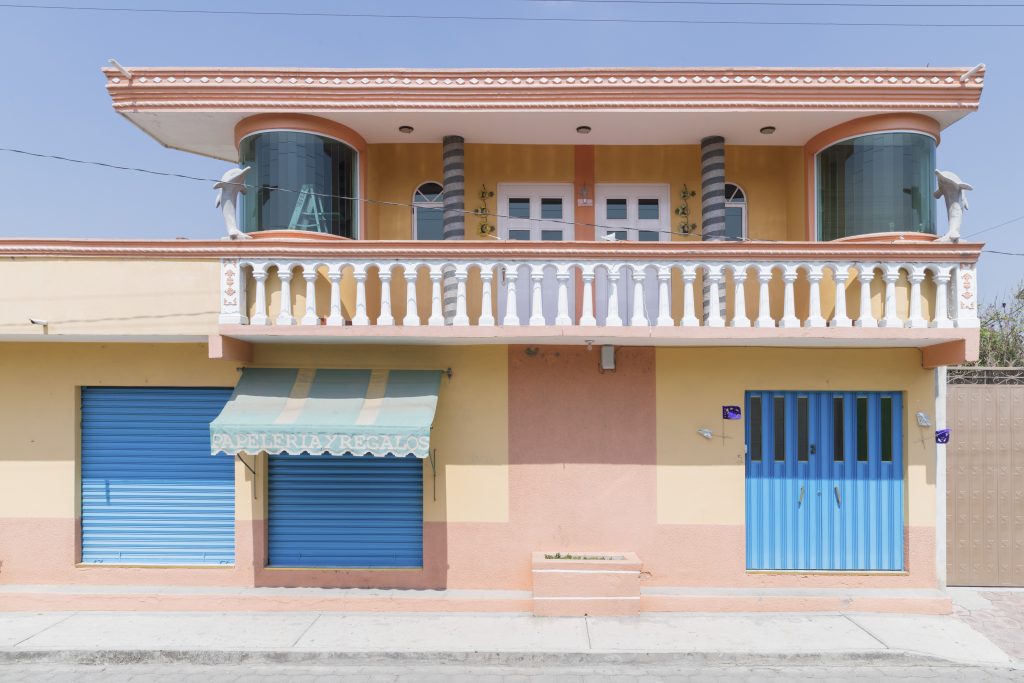 Two Sides of the Border aims to redefine the region and simultaneously is a collaborative project that redefines North American pedagogy. The academic initiative fluidly spans language, borders, institutions, and nationalities—all based on the shared interest in developing a comprehensive and unified imagination of the region.

Dutch photographer Iwan Baan is known primarily for images that narrate the life and interactions that occur within architecture. Born in 1975, Iwan grew up outside Amsterdam, studied at the Royal Academy of Art in The Hague and worked in publishing and documentary photography in New York and Europe.

Iwan Baan’s love for photography goes back to his twelfth birthday, when his Grandmother gave him his first camera.  After his studies in photography at the Royal Academy of Arts in The Hague, Baan followed his interest in documentary photography, before narrowing his focus to record the various ways in which individuals, communities and societies create, and interact within their built environment. 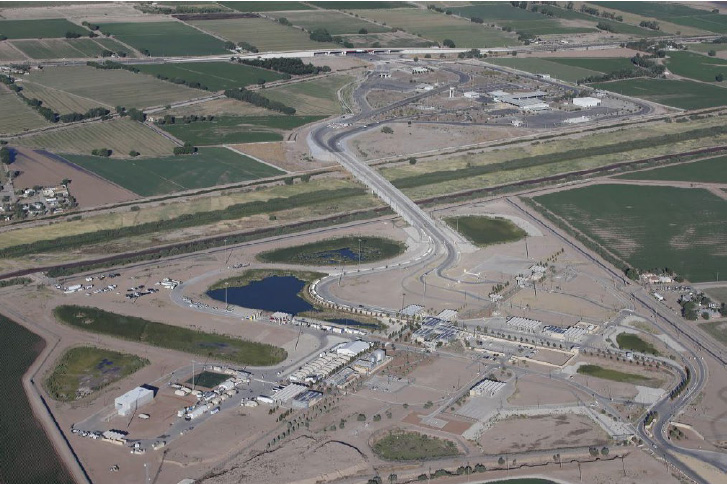 With his combined passion for documentary and space, Baan’s photographs reveal our innate ability to re-appropriate our available objects and materials, in order to find a place we can call our own. Examples of this can be seen in his work on informal communities where vernacular architecture and placemaking serve as examples of human ingenuity, such as his images of the Torre David in Caracas – a series that won Baan the Golden Lion for Best Installation at the 2012 Venice Architecture Biennale.

With no formal training in architecture, his perspective mirrors the questions and perspectives of the everyday individuals who give meaning and context to the architecture and spaces that surround us, and this artistic approach has given matters of architecture an approachable and accessible voice. 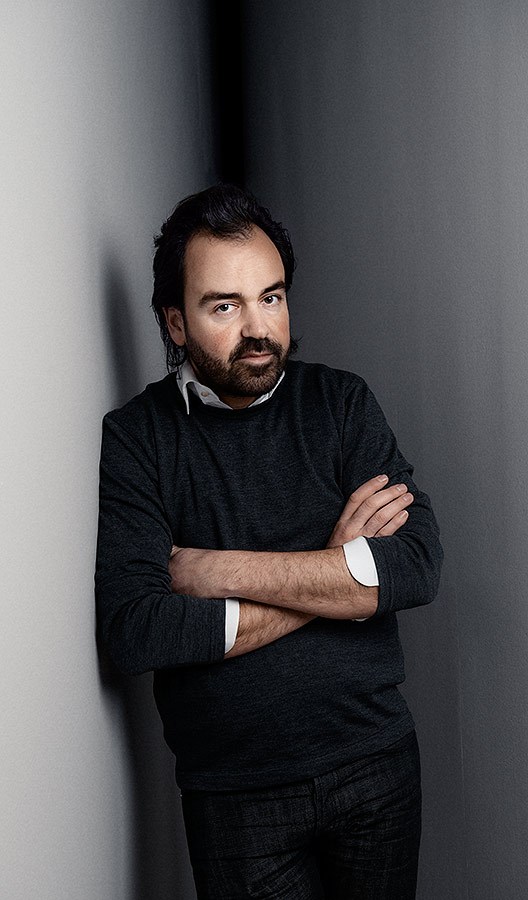