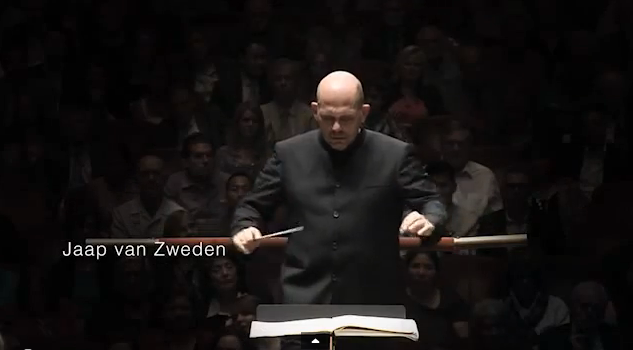 In November 2013 The Dallas Symphony Association announced  that the Dallas Symphony Orchestra (DSO) and Music Director Jaap van Zweden have agreed to extend his contract through the 2018-2019 season. Maestro van Zweden began his tenure as Music Director in 2008 under an original four-year contract. That agreement was extended in 2009 for an additional four years. Today’s new three year extension will mark eleven years of artistic leadership for van Zweden.

“I am so very happy to extend my relationship with this beloved orchestra, the Dallas Symphony,” said Maestro van Zweden. “I respect so much what they do, what they give week after week to make such wonderful music together. This is a partnership I am proud of, that I believe in and that I am committed to building into the future.”

“This contract extension assures a continuation of the special music-making achieved by Jaap van Zweden and our talented musicians,” said Dallas Symphony President and CEO Jonathan Martin. “Jaap is truly one of the most-gifted conductors of our time and is in demand as a guest conductor throughout the world. His commitment to our orchestra, our patrons and our city speaks to the huge potential of the musical partnership he creates. There are near-limitless possibilities inherent in the powerful music-making the Dallas Symphony has achieved under his baton.”

Highlights of van Zweden’s music directorship at the Dallas Symphony include:

“This new contract extends the powerful partnership between the Music Director, the musicians and the Administration that fuels the vision and evolution of the Dallas Symphony Orchestra,” said Chairman of the Executive Board, Joseph F. Hubach. “Maestro van Zweden’s commitment to the DSO, and the DSO’s to him, strengthen our plans to build a long-term, artistically and financially resilient ensemble.”

“The Orchestra is energized by Maestro van Zweden’s vision and artistry,” said Christopher Adkins, Principal Cello and Chairman of the Orchestra Committee. “We are proud of the partnership and relationship we’ve developed. He demands a level of playing from us that we’re happy to deliver, and his passion and energy create electric performances for our audiences that are simply contagious.”