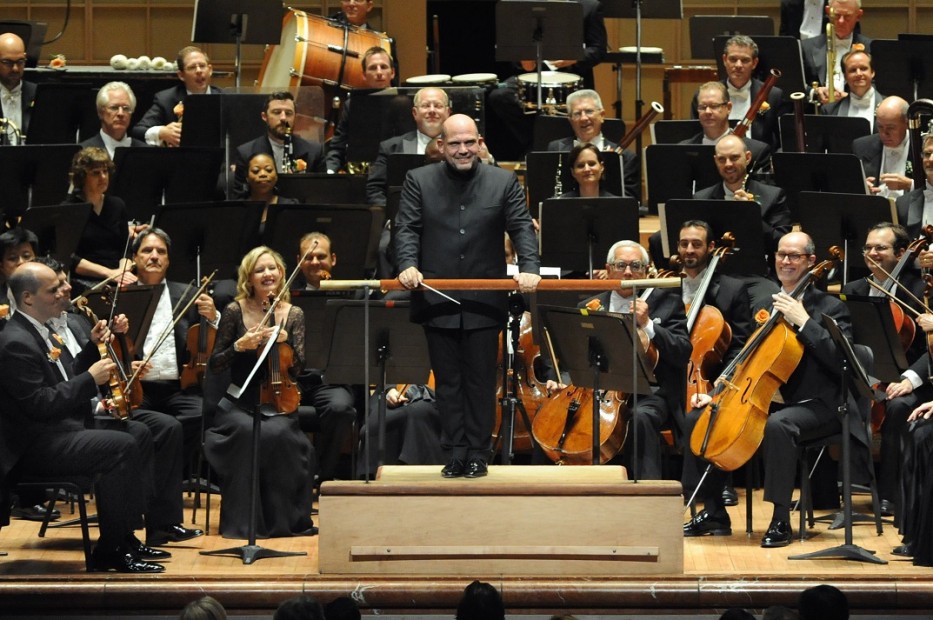 Celebrating a symphonic three weeks, the inaugural Nancy A. Nasher and David J. Haemisegger Family Soluna International Music and Arts Festival comes to a close this weekend. For the grand finale, festival director Anna-Sophia van Zweden, invites you to join her for a free show Sunday, May 24, at Klyde Warren Park. The concert, Salute to the Armed Forces, will be conducted by the Dallas Symphony Orchestra’s music director, Jaap van Zweden, at 8:30 pm, and will feature a selection of patriotic favorites — perfect for the Memorial Day weekend.

“It is an honor to have the opportunity to say ‘thank you’ to all those who serve this great nation,” Jaap says. In conjunction with the Carry The Load organization, the concert will air on the Armed Forces Network, a television broadcasting company that serves America’s military bases worldwide. The concert will also air the next day (Memorial Day) on WFAA Channel 8.

The Soluna Festival has supplied three weeks of awe-evoking performances, inspiring collaborations and debut exhibitions. Hosting a free concert to honor the armed forces, veterans and first responders is truly a fantastic way to take a final bow. To learn more about the Dallas Symphony Orchestra and Soluna, call 214.692.0203 or visit mydso.com.

2015 marks the inaugural year of SOLUNA International Music & Arts Festival in Dallas. This year’s theme is Destination (America) in honor of the artists who came to create in freedom, and to those inspired by a uniquely optimistic view that is central to the American experience. Anchored by DSO performances led by Music Director Jaap van Zweden, the three-week festival will showcase internationally-acclaimed guest soloists, artists and ensembles in visual and performing arts along with the leading companies and ensembles in the Dallas Arts District and beyond.