From January 10 until February 14, Dutch artist Jacco Olivier has a solo exhibition at Marianne Boesky Gallery in New York.

From January 10 until February 14, Dutch artist Jacco Olivier has a solo exhibition at Marianne Boesky Gallery in New York. 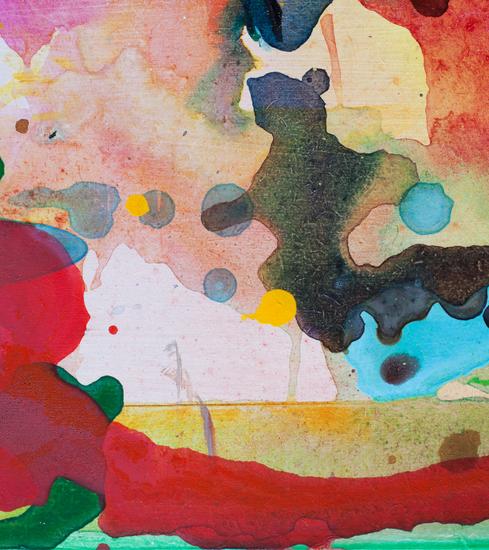 Olivier’s fourth solo exhibition at Marianne Boesky Gallery presents abstract works, consisting of paintings, photographs, and film that are meant for contemplation and pause. This is best expressed in the most prominent film’s title, “Adem,” which means “breathe” in Dutch.

To create “Adem,” Olivier focused on the parts of his paintings that were not consciously applied, the strokes on the edges of his boards for example, or those hidden between layers. By lifting those subtle moments in paint with a camera and “adding the element of time,” as Olivier puts simply, the artist creates an endless, dense, and highly textured sequence of meditational frames that submerge the viewer in their mysterious tranquility. Further adding to the immersive quality of the film, the surface of its projection, of course only light, appears porous and thickened with paint.

The other films shown alongside “Adem” have a similar sense of equilibrium and tactile composition. Although their formatted imagery does not seem to change much over the course of their duration, their various parts still interact in perpetual movement, and occupy the same amazing, transitory space between a painting and a film. Interestingly, Olivier’s static paintings on view also appear to ebb and flow when seen alongside his animations. For him these paintings’ parts, their forms and colors, were applied sensibly and in all the right places, which retroactively, is how the artist determines whether to transform them into moving films with a clear beginning and end.

Between the paintings and animations, Olivier aims to establish a pure visual language that is his alone, providing a sense of quietude and balance. He leaves out figuration and storytelling to open up an inner space and a space to breath. In his own words, the works are “free-flowing visual thoughts like those in the moments just before sleep.” 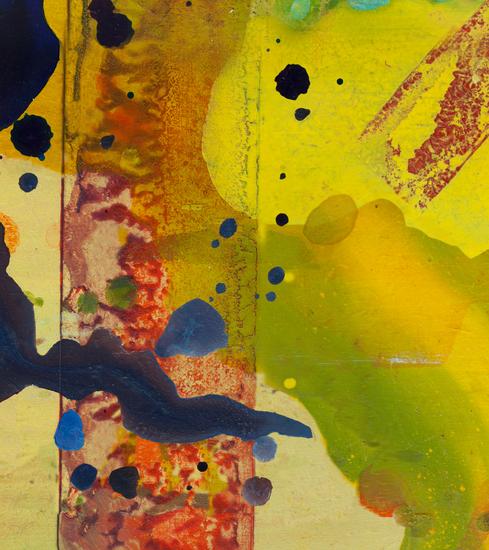 Jacco Olivier synthesizes mediums, melding together his paintings and photographs into animated narrative films that reveal the processes of their own making. Over time, he has painted small impressionist scenes of everyday life—bathers, lovers, and landscapes—and documented his brushstrokes with a camera, later converting the images into moving pictures. He has carried out this painting-into-film practice with abstract works as well, crafted from pools of translucent acrylics on board.

Marianne Boesky Gallery was established in 1996 in Soho, New York City. Since its inception, the Gallery’s mission has been to represent and support the work of emerging, mid-career, and established international artists of all media. The gallery moved to its flagship space in Chelsea in 2005; in concert with this move, the gallery added several critically recognized emerging artists to its roster such as Jay Heikes, Adam Helms, Anthony Pearson, Diana Al-Hadid, and William J. O’brien. Currently, the gallery has a second location in an old-world townhouse on the Upper East Side of Manhattan, dedicated to mounting a series of curated exhibitions that provide historic context for the gallery’s artists. A third new location named Boesky East, which opened in September 2014, showcases gallery artists and projects in the more cutting edge context of New York City’s lower east side.