JacobTV’s ‘Mountain Top’ to be performed at the Chicago Sinfonietta’s Tribute to Dr. Martin Luther King 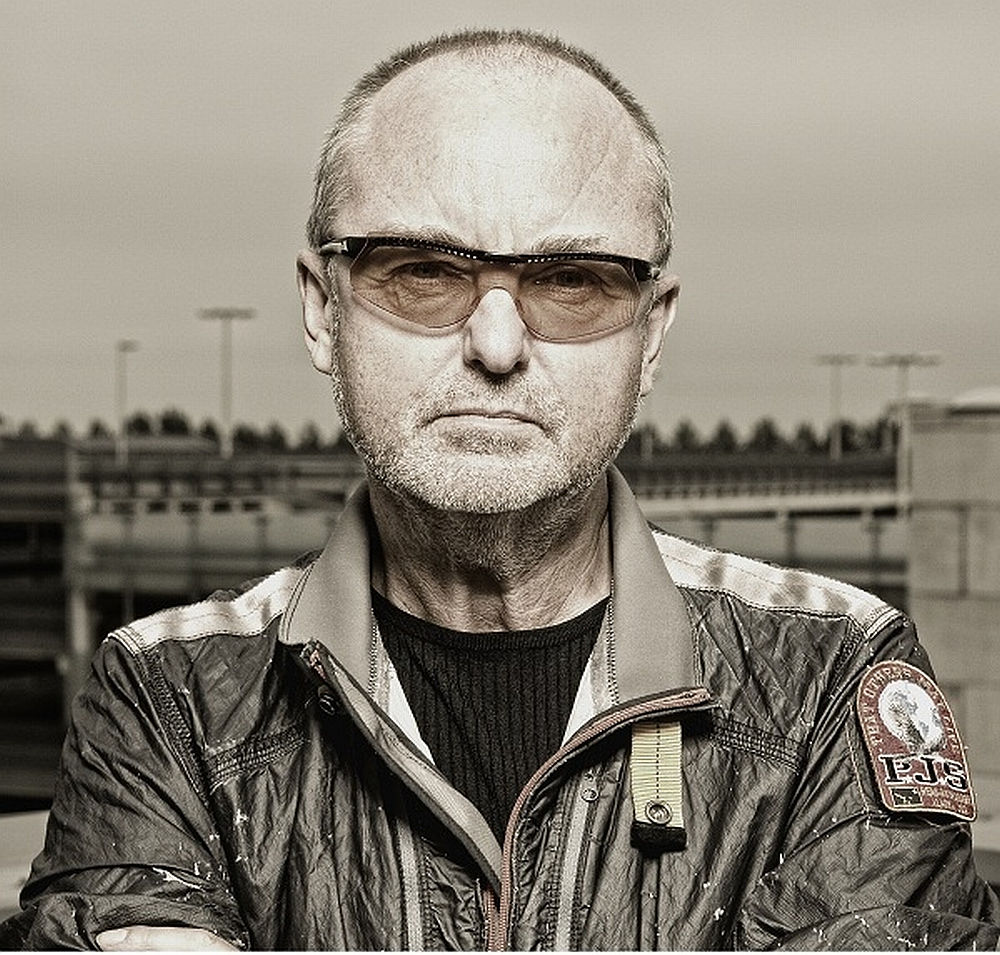 On January 19 and 20, the piece ‘Mountain Top’ by JacobTV will have its North American Premiere at the Chicago Sinfonietta’s Annual Tribute to Dr. Martin Luther King.

January 19 and 20, ‘Mountain Top’ by JacobTV will have its North American Premiere at the Chicago Sinfonietta’s Annual Tribute to Dr. Martin Luther King.

‘Mountain Top’ is a thought-provoking multimedia work (music and video) which presents Dr. King’s Mountaintop speech in a new and unforgettable way. It will be conducted by Mei‐Ann Chen and performed by the Chicago Sinfonietta. The Chicago Sinfonietta is a professional orchestra that forms unique cultural connections through the universal language of symphonic music.

Jacob TV ( Jacob Ter Veldhuis, 1951)  is a Dutch avant pop composer. He started as a rock musician and studied composition and electronic music at the Groningen Conservatoire, where he was awarded the Dutch Composition Prize in 1980. During the eighties he made a name for himself with melodious compositions, straight from the heart and with great effect.

On January 19th ‘Moutain Top’ will be performed at Wentz Concert Hall in Naperville and January 20th at Symphony Center in Chicago. Buy your tickets here. 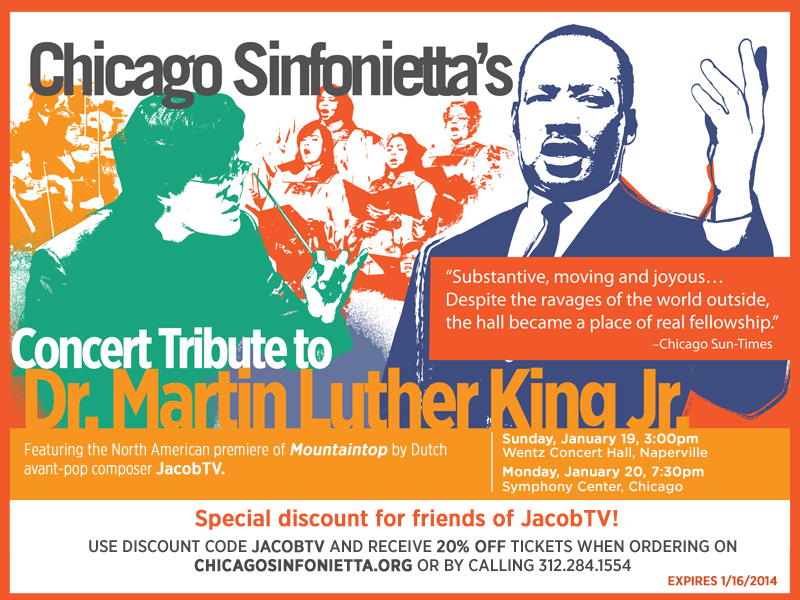