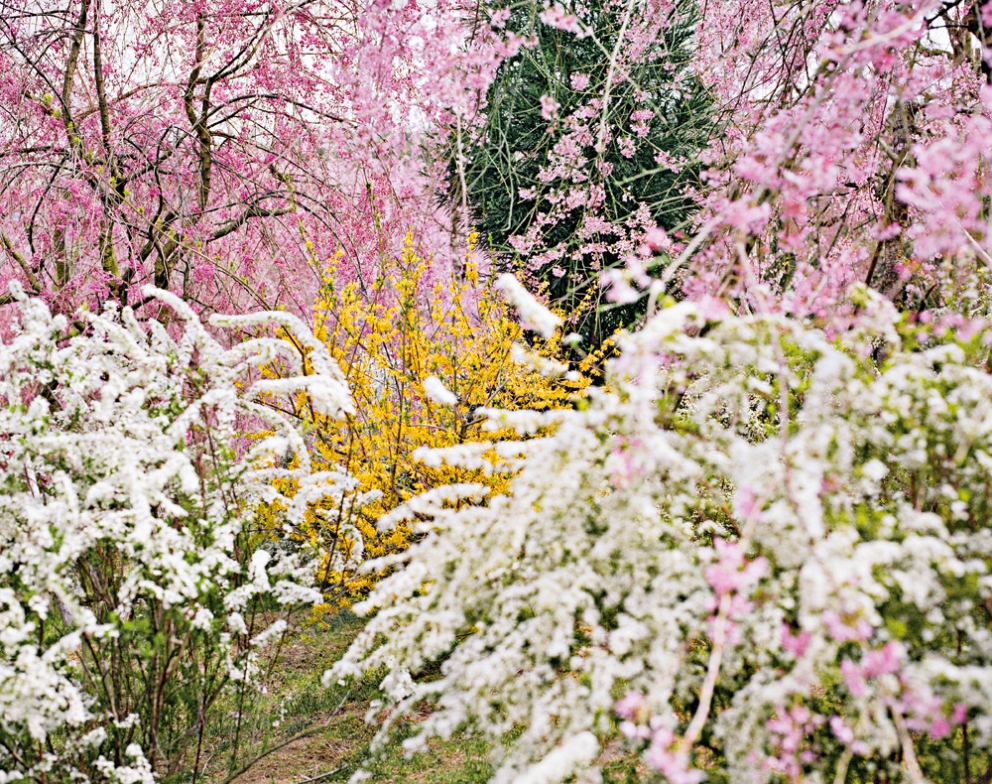 From March 26 to May 9, Benrubi Gallery presents Jacqueline Hassink’s 'View, Kyoto', a remarkable series of photographs of Kyoto’s Zen Buddhist temples and gardens

From March 26 to May 9, Benrubi Gallery presents Jacqueline Hassink’s ‘View, Kyoto’, a remarkable series of photographs of Kyoto’s Zen Buddhist temples and gardens. Japan’s capital from 794 to 1868, Kyoto is home to some 1,600 temples, each with its own garden. Over the course of a decade (2004 – 2014) Hassink photographed 34 locations throughout the seasons. This is Hassink’s first solo exhibition with Benrubi and is supported as a part of the Dutch Culture USA program by the Consulate General of the Netherlands in New York. Her ninth monograph, ‘View, Kyoto’, published by Hatje Cantz, comes out March 24, 2015.

Hassink’s images are suffused with the unique appeal of Japanese architecture and landscape even as they create their own aesthetics. Temple design is scaled to the 1:2 ratio of the tatami, itself ordered to the size of a human body. Hassink’s lens brings out this human point of view, her camera positioned as if the viewer were now standing, now seated on a mat; poised at a threshold or located on the veranda between temple and garden. The composition of the photographs is as carefully considered as the sacred spaces they reveal, highlighting the balanced yet never static interplay between interior and exterior spaces in temple design. The rigidity of the temple’s lines and angles is played off against the softer garden forms seen through open doors or unglazed window. The browns and golds and whites of the interiors, with here and there a spot or stripe of bold red, collage with the brown, grays, and greens of the gardens to create a single meshed field. If, initially, the perception is one of division between human and nature or terrestrial and divine, it soon becomes one of continuity between two realms. Neither is wholly constructed or found; neither could exist without the other.

On view in the project space is a film diptych in which interviews with the head monks of four sects are paired with a journey through the temples themselves. The film gives voice to the men responsible for these remarkable spaces while simultaneously capturing the experience of transitioning between public and private, secular and sacred.

Hassink’s work has been widely collected and exhibited, including shows at Huis Marseille in Amsterdam; Fotomuseum Winterthur, Winterthur; Amador Gallery and ICP in New York; Tokyo Metropolitan Museum for Photography, Tokyo; The Photographers’ Gallery and the Victoria and Albert Museum in London and the Guangzhou Museum of Modern Art, Guangzhou. It has also appeared in such publications as The Financial Times, Le Monde,The New York Times, El Pais, Frankfurter Allgemeine, Süddeutsche Zeitung, Reuters, De Standaard, NZZ,Newsweek, Fortune, and Wired.