On September 20, the Bronx Documentary Center will host a conversation and book signing with Jan Banning to celebrate the US release of “Law & Order”. The book presents a comparative study of the criminal justice systems in four countries, including the United States.

On September 20 Dutch photographer Jan Banning will sign and talk about his  book “Law & Order: the World of Criminal Justice”, celebrating its release in the United States. The book presents a comparative study of criminal justice systems in four countries, including the United States.

“If we can’t come up with anything better than imprisonment, then it is good to be aware of human evolution. A portion of the prison population certainly consists of pathological criminals. But what about all the others?” – Jan Banning

Law & Order is a rare and innovative examination of criminal justice combining the world of photographic art with that of legal science. Banning’s photographs reveal the daily realities of the police, the courts, the prisoners, and the often hidden prison conditions in four countries: Colombia, France, Uganda and the United States. Due to layers of bureaucracy, it took Banning up to five years to gain access to the prisons depicted in this compelling book. At each location, it was his goal to expose the differences and commonalities between the treatment of the prisoners, but without passing personal judgment and avoiding stereotypical prison images. In an interview with Photo District News, he said; “I was looking for paradoxes and contradictions within the series … to get people to think, and to look for answers.” His photographs overthrow many assumptions. For example, they reveal the relatively warm environments of prisons in Uganda where the prisoners are treated humanely by wardens and guards in contrast to the more sterile, impersonal settings of prisons in the United States. Overall, American prisons come out on the wrong side of Banning’s equitation. According to Vantage, “the comparisons Banning makes with other systems hammer home that legal institutions are man-made and they can be man-unmade.” However, while “Law & Order” may seem grim, Banning never confines himself to easy conclusions, and is never afraid to subverse his own assumptions. This multifaceted collection of photos, texts and statistics provide a fresh perspective on criminal policy that undermines political platitudes and popular clichés. Law & Order raises many pressing questions, including: How humans deal with criminals? What is the relationship between punishment and crime? Is confinement, besides being an instrument of punishment, also effective as a means of correction? 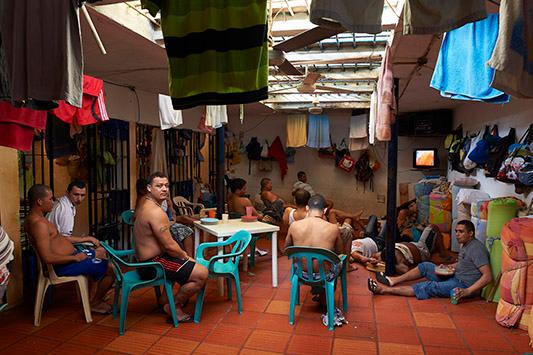 The book includes Banning’s reflections on criminal punishment and Michiel Scholtes’ moving firsthand narrative of being tried and imprisoned in France. Legal specialists from the Max Planck Institute for Foreign and International Criminal Law in Freiburg, Germany, provide brief introductions to the four countries’ justice systems, plus infographics on crime and criminal justice in these countries and in a selection of others. Influenced by his background in history and social sciences, his work always has a social focus. It puts the social political environment at the core and often concerns subjects that have been neglected within the arts and are difficult to portray: state power, consequences of war, justice and injustice. Earlier projects led Banning to wonder about the connection between social justice and crime, which influenced his decision to focus on the judiciary for “Law & Order.” 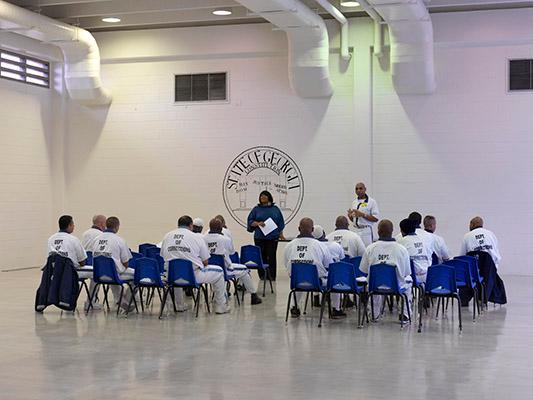 Released in the Netherlands in 2015, Banning took an unusual step to get his new book in front of an American audience. When reflecting on the results, Banning believed the subject of “Law & Order” to be of utmost importance to the public debate in the US. Therefore, he decided to “subsidize” the transport costs from the Netherlands for American readers. Recently, the book also got picked up by National Geographic. 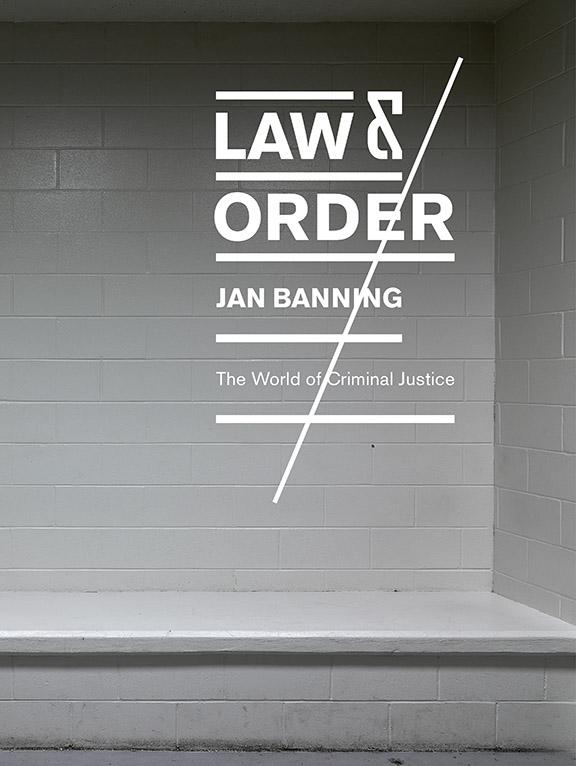 Jan Banning is a Dutch autonomous artist/photographer, based in Utrecht, the Netherlands. He was born in Almelo (the Netherlands) on May 4, 1954, from Dutch East Indies parents, and he studied social and economic history at the Radbout University of Nijmegen. Both of these facts have had a strong influence on his photographic works. His projects usually have a personal point of departure, but are never ‘private’: he places the subjects that stem from his private life in a larger social context. Banning’s art work has been acquired by museums such as the High Museum of Art in Atlanta, GA, the Museum of Fine Arts in Houston, TX and the Rijksmuseum in Amsterdam. In 2008, he gained worldwide recognition with the release of his book Bureaucratics  that garnered rave reviews and sold out quickly.It contains 50 environmental portraits of civil servants in eight countries: Bolivia, China, France, India, Liberia, Russia, the United States and Yemen.

About The Bronx Documentary Center

The Bronx Documentary Center is a non-profit gallery and educational space. Their mission is to share photography, film and new media with underserved Bronx communities and the cultural community at large. They use these mediums to foster dialogue around contemporary local, national and global issues.