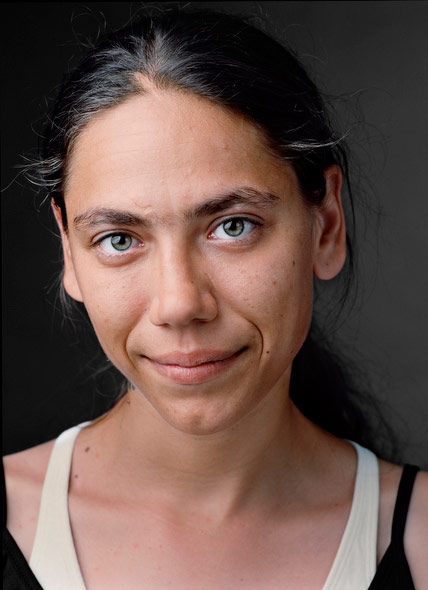 From January 16 until March 2, 2014, the 701 Center for Contemporary Art in Columbia, SC presents “Down and Out in the South,” a solo exhibition by Jan Banning, a former 701 CCA artist in residence. An artist reception will take place on Thursday, January 16, 7-9pm, and a gallery talk with the artist and panel discussion moderated by Anne Sinclair will take place on Saturday, January 18, 1-3pm.

Banning’s “Down and Out in the South” project started in 2010 during his residency at the center. He received financial, personnel and logistics support from the center, from organizations and individuals working with homeless people in Columbia, and from local homeless people themselves.

Exhibiting Banning’s homeless project fits the center’s aim of presenting high-quality, unique contemporary art exhibitions that otherwise would never come to South Carolina. It also allows 701 CCA to achieve its goal of always creating a public presentation of art produced during a residency at the center. For this particular exhibition, 701 CCA will partner with several homeless advocacy organizations in the city, many of which have helped Banning with this project, to promote the exhibition. In the process, through joint educational programs with those partner organizations, 701 CCA will try to raise awareness of the plight of homeless people.

The city of Columbia is currently mired in heated and often-painful discussions about the kind of support and facilities it should create for its substantial homeless population. That discussion can benefit from the dignified manner, free of clichés, in which Banning portrays his subjects in that it reminds us that the homeless are people, too. While the high artistic, aesthetic and conceptual quality of Banning’s exhibition would be sufficient reason to show the work, the direct social relevance of his project is an important aspect.

Jan Banning is a Dutch photographer, based in Utrecht, the Netherlands and born in Almelo (Netherlands) on May 4, 1954. He studied social and economic history at the University of Nijmegen which have both had a strong influence on his photographic works.

Banning’s study of history can be seen in the historical elements of his subject matters. His academic education is expressed in his aim to achieve sound intellectual foundations for his projects on the basis of a thorough preliminary investigation.

Banning’s work always has a social focus as well. The social political environment is put at the fore and it often concerns subjects that have been neglected within the arts and are difficult to portray: state power, consequences of war, justice and injustice. Sometimes the work is the result of a sociological or anthropological classifying approach, such as ‘Bureaucratics’, a comparative study of the world of government officials. Other times he focuses more on the psychological aspects; on the divergent influence that major social events have on individuals as seen in Down and Out in the South.

Banning’s work has been acquired by museums such as the High Museum of Art, Atlanta, GA; the Museum of Fine Arts, Houston, TX; the Rijksmuseum, Amsterdam.