From February 11 until April 15, Peter Blum Gallery presents 'NO EXIT' including work by Jan Schoonhoven

From February 11 until April 15, Peter Blum Gallery in New York presents the group exhibition ‘NO EXIT’ including work by Jan Schoonhoven. The purpose of this exhibition is to raise questions about the relationship between objectivity and subjectivity, time and timelessness. Did the rise of Minimalism and Pop supersede the subjectivity we associate with the Abstract Expressionists? Two works are key to the exhibition. The first is the exhibition’s title, which comes from Jean-Paul Sartre’s one act play “No Exit,” which he published in 1943 while living in German-occupied Paris. The conditions under which Sartre’s play “No Exit” was written (the threat of war, a military curfew, censorship) bring to the forefront the very real and tangible parameters for the making of a work. What does it mean to work with constraints, to make extreme limits on what you can do? The second work to anchor this exhibition is the painting Room (1893) by Vilhelm Hammershøi. In this quietly haunting painting, we see a young woman in a long black dress, almost as if she is in mourning. She is halted before the door, frozen. Where is the young woman in Albert Giacometti’s Figurine (1949) going? Can she leave behind her past?

What does it mean to make one line after another, stacking them up on the paper, which Agnes Martin and Jan Schoonhoven do in their drawings? Are they not marking time, as well as trying to shape its passing into something coherent? The artists in NO EXIT, predominantly active in the decades after the Second World War, turn art into what Harold Rosenberg called “an event.” You can feel eternity grinding away in the slow deliberate lines made by Martin and Schoonhoven.  In fact, as this exhibition demonstrates, the artists had to find a way to acknowledge as well as distance themselves from their feelings. Otherwise, they might have been overwhelmed. Instead of denying they are trapped in time, and are being pulled towards chaos and eternity, they embrace it. They find ways to face time and look at eternity without averting their eyes. They learn how to not be afraid. 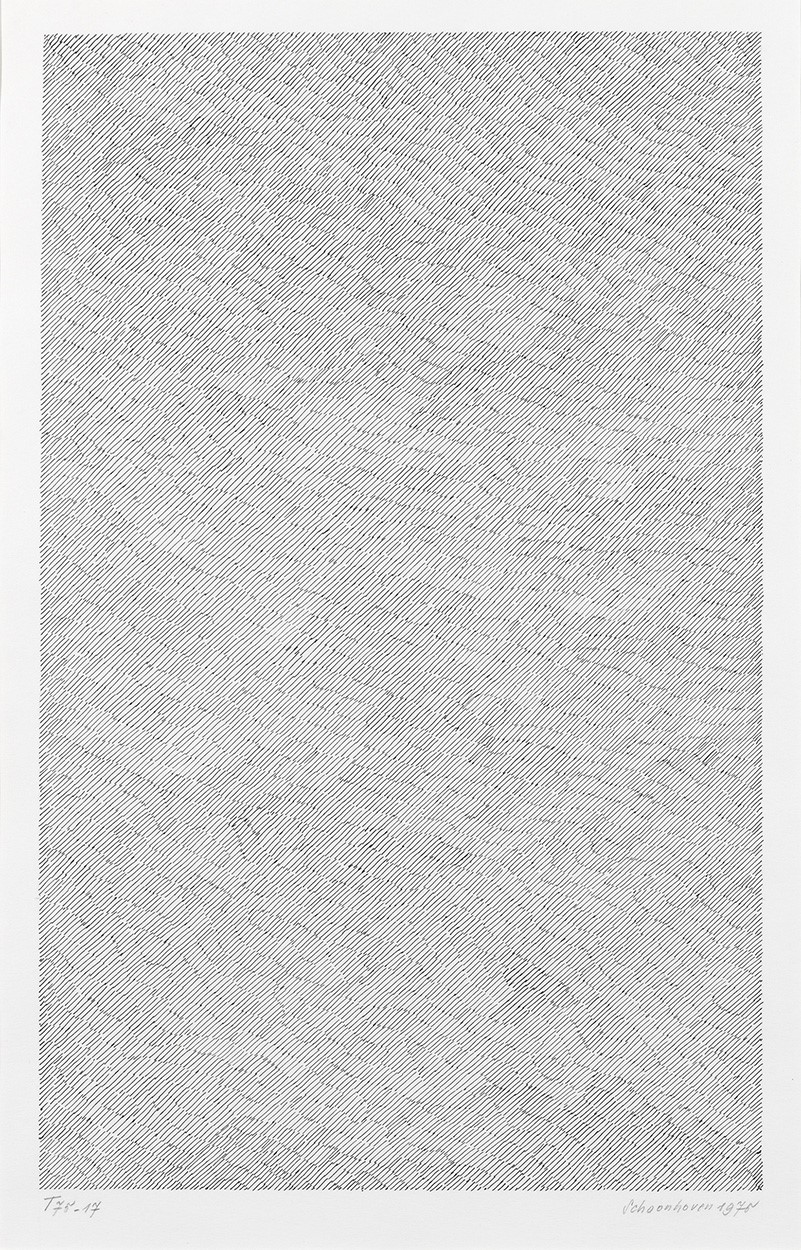 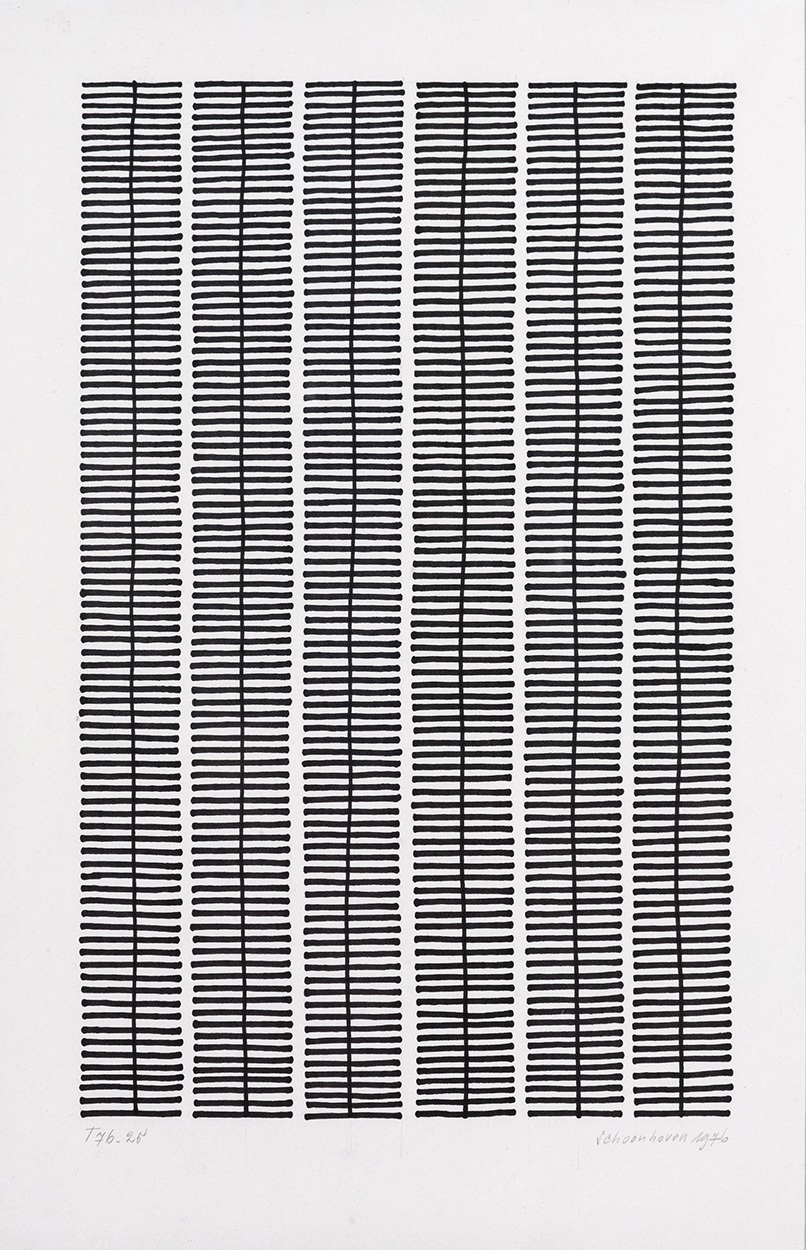 Jan Schoonhoven was born in 1914 in Delft, the Netherlands, where he lived until his death in 1994. From 1932–36 he studied at the Royal Academy in The Hague. The artist was included in numerous important group exhibitions with the Netherlandish Informal Group, Nul Group, and the ZERO Group throughout the late 1950s and 1960s, including Zero-O-Nul at the Gemeentemuseum Den Haag, The Hague, in 1964, and Amsterdam, Paris, Düsseldorf at the Solomon R. Guggenheim Museum, New York, in 1972.