Jazzband Thelonious4 tours the US 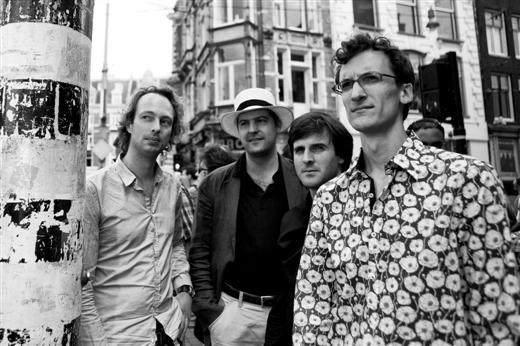 The band functions as a true collective while examiningtunes and trying out different approaches. For each tune they look for a totally fresh outcome in this process whilst not forgetting the richnesses of Monk’s heritage: swing and rhythmical surprises, awkward melodies and intriguing harmonies.

The members of Thelonious4 met while studying at the Amsterdam Conservatory in the Netherlands, coming from different countries and with differing musical backgrounds they were eager to start a group dedicated to the music of Monk in combination with other musical influences.

Some years ago Thelonious4 bassist, Andreas Metzler met U.S. based vibraphone player Tony Miceli on one of his famous European vibraphone work tours. Tony and Andreas ended up talking about music and found out that they shared a common love for the works of Thelonious Monk. After some discussion the idea came up to join forces, set up a tour and record a CD together. This tour took place in Europe in 2012 and followed by a number of studio dates,the result was “Thelonious4 meets Tony Miceli”.