The “Jewelry of Ideas: The Susan Grand Lewin Collection,” which features 12 Dutch jewelry designers, comes to Savannah, GA at the SCAD Museum of Art from October 4th until January 6th. The traveling collection was previously on display at Cooper Hewitt in New York. 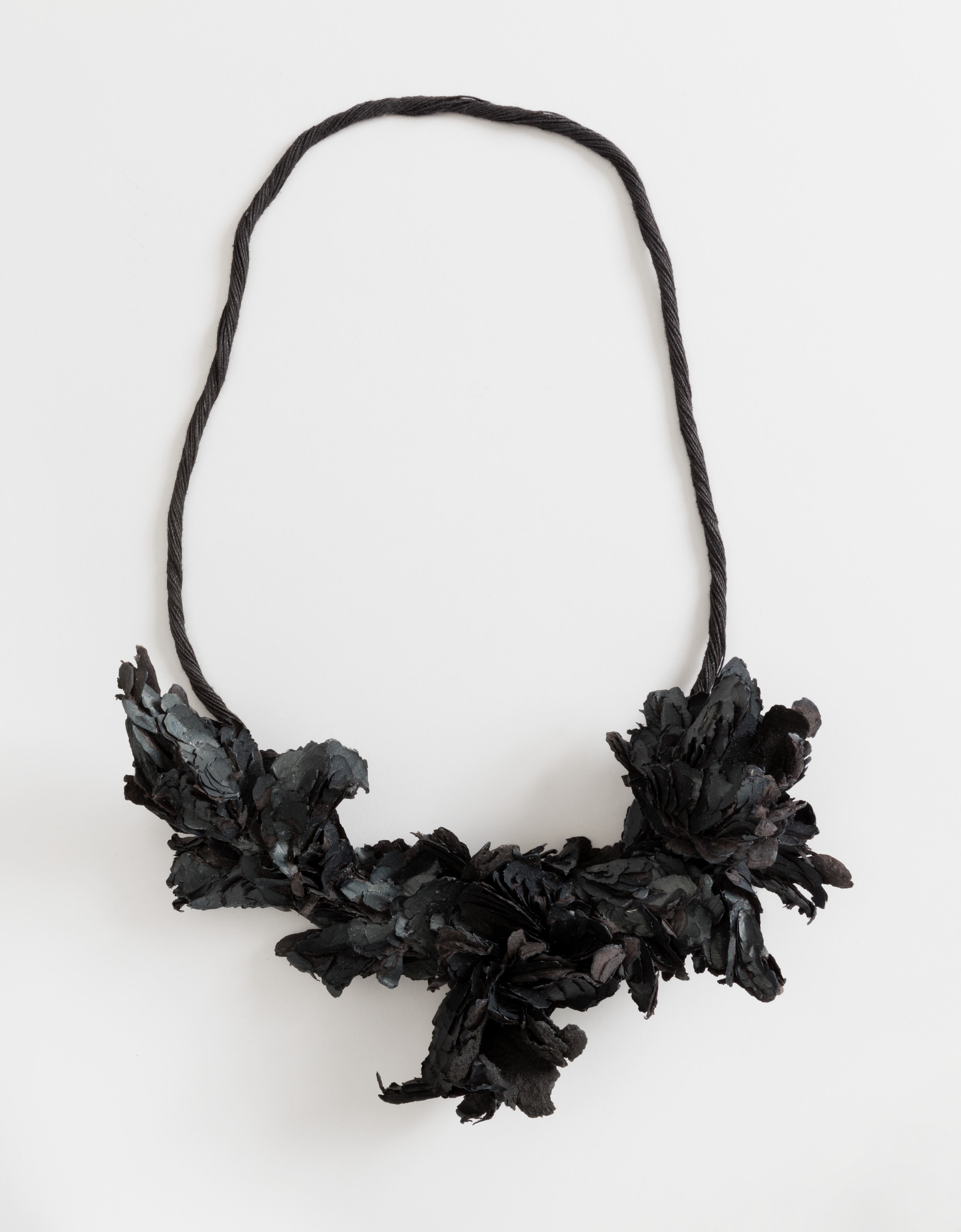 The SCAD Museum of Art presents “Jewelry of Ideas,” a group exhibition of exceptional jewelry from the Susan Grant Lewin Collection. This traveling show exhibition is organized by Cooper Hewitt, Smithsonian Design Museum in New York, New York. The pieces, many of which were part of a recent gift from Lewin to Cooper Hewitt, exemplify innovative practice by leading designers and artists, showcasing works that make use of unexpected material, surprising form or radical developments in the field of jewelry making. Through brooches, necklaces, bracelets and rings, the exhibition demonstrates personal narrative, unique abstraction or social commentary embedded in each designer’s works.

Included in the exhibition are more than 140 pieces, mostly produced within the last 15 years, with some dating to the mid-20th century. Among the collection are notable influential designs that have broken from conventions of traditional jewelry. Conceptual pieces question notions of value, as seen in Otto Künzli’s “Gold Makes You Blind (Gold Macht Blind),” a rubber bangle bracelet in which a gold bead is hidden within the confines of black rubber, or Ted Noten’s “Fred Pendant Necklace,” in which the artist encased both the precious and the quotidian — a pearl and a housefly — in cast acrylic resin. Experimental uses of material are seen in works like the “Blinker Brooch” by Gijs Bakker, in which the artist embellished a newspaper cutout with gold and a single aquamarine. Anchoring these radical designs are historic examples of pioneers in the field of jewelry. Both American and European influencers are featured, who turned to the music, art and theater of contemporary society for inspiration for their wearable art, rather than the traditions of luxury jewelry.

Susan Grant Lewin has served as the design editor of Home Furnishings Daily and as senior editor of design and architecture at House Beautiful Magazine. As global creative director of Formica Corporation, Lewin commissioned leading artists and designers to use the durable plastic laminate in their works of art, elevating the reputation of the company. Additionally, Lewin was responsible for scholarship, museum exhibitions and the Surface and Ornament design competition at the commercial manufacturer. Lewin has since formed her own art and architecture public relations firm and works with leading artists and architects around the globe. 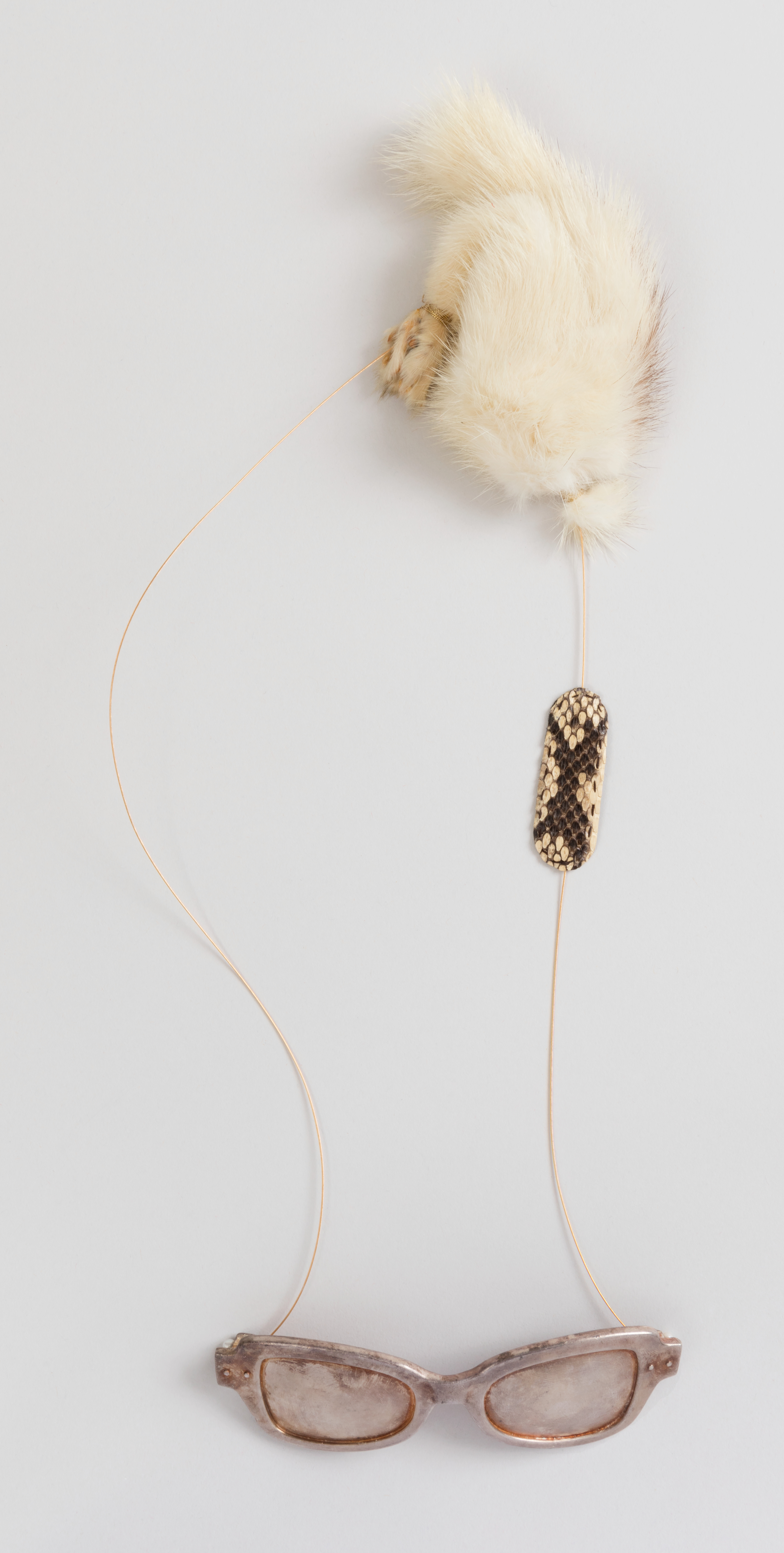 Lewin’s passion for collecting contemporary jewelry began during her frequent trips to Denmark, where she discovered the work of Vivianna Torun Bülow-Hübe, who ignited her love of jewelry design. She became a proponent of contemporary American jewelry and organized her collecting around the ideals of experimentation. In “Jewelry of Ideas” by Ursula Ilse-Neuman, Lewin states: “I sought out works that were not about wealth or sentiment: They were about ideas and concepts – art in jewelry format. Jewelry is a piece of art that one can wear, it goes everywhere with you… I built a collection with a pantheon of jewelers representative of the absolute best artists working in jewelry across the world.”