On October 19, "Homage to Humanity" will be presented in an interactive experience at the Rizzoli Bookstore in NY

In “Homage to Humanity,” be prepared to be transported all over the world with Jimmy Nelson as he fulfils his lifelong dream of creating awareness about the world’s diversity by photographing its indigenous peoples. This unique, all-immersive experience goes beyond the book with a free app that allows readers to scan all 600 images in the book, unlocking behind-the-scenes videos and a complete 3-dimensional virtual reality experience. “Homage to Humanity” comes packaged with a free pair of VR goggles that open up a virtual world where you can travel with Jimmy as he photographs the people and rituals he was invited to witness, all while seeing and hearing the sounds of peoples celebrating their untainted earth.

About “Homage to Humanity”

Jimmy Nelson, renowned photographer and internationally bestselling author of “Before They Pass Away,” captures the essence of 34 iconic and disappearing tribes from Asia, Africa, Mexico, to Australia and India. Since his first internationally acclaimed exploration through Tibet almost 30 years ago, Jimmy Nelson has travelled to the world’s most hidden corners to photograph indigenous peoples. In 2013 he published his first book “Before They Pass Away” — which sold over 180,000 copies worldwide — fulfilling his lifelong dream to create awareness about the world’s unimaginable diversity. 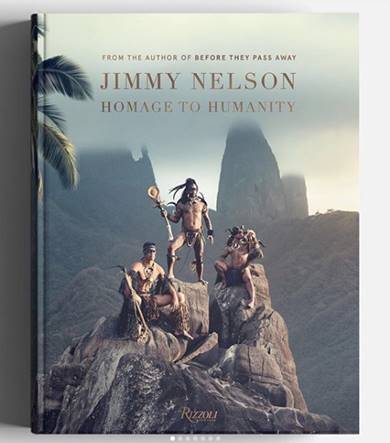 Coupled with Nelson’s iconic photography, the book contains personal interviews with the portrayed individuals, compelling travel stories, infographics, and a mobile app allowing for a more in-depth look into where and how these people live. Every image in the book will be scannable, leading to additional content ranging from quotes to music, audio files, and 360° films. “Homage to Humanity” is not only an adventure, but a catalyst for ethnographic discussions on the lasting values and importance of these precious cultures and the pageantry of ancient traditions. The images are fascinating and are transcendent in the face of encroaching modernity.

At the junction between Western civilization and those portrayed, we are forced to question and search beyond our familiar frames of reference towards a deeper understanding of humanity. This unique volume — truly an invaluable time capsule of the last surviving indigenous cultures — is an essential for everybody, wherever you come from, whatever your age, men or women, as this book represents all human beings. Nelson’s camera captures minute details, vivid color, and dramatic light to produce awe-inspiring portraits of community members: from head-on shots; to visual narratives providing an aesthetic insight into quotidian life, rituals, and rites of passage; and striking pictures of marvellous and sometimes harsh landscapes. 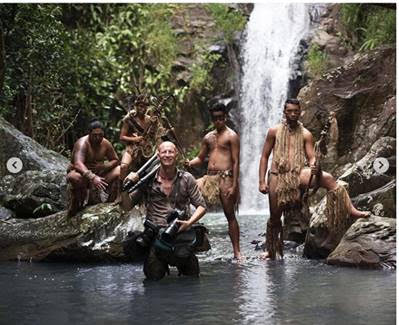 In 1986, after spending a year traversing the length of Tibet by foot, Jimmy Nelson published a unique visual diary to wide international acclaim. In 1987, he was commissioned to cover a variety of culturally newsworthy themes for many of the world’s leading publications. In early 1994 he and his wife Ashkaine Hora Adema produced “Literary Portraits of China, ” the result of a forty-month project that took them across the newly opened People’s Republic, and was about the indigenous cultures in China and their translated literature.

From 1997, Jimmy successfully undertook commercial advertising assignments for many of the world’s leading brands. Simultaneously, he started accumulating images of the remote and unique cultures he photographed, and awards followed. In 2010, he began his journey to create the iconic artistic document that became “Before They Pass Away”, and Part 1 was published to international acclaim in October 2013. Today, Jimmy is still travelling and photographing to produce “Homage to Humanity.” He exhibits in international museums, shows his work at the world’s leading photographic art galleries, speaks at international conferences, and launched the Jimmy Nelson Foundation in October 2016. For more information, please visit: www.jimmynelson.com

COME EXPERIENCE THE MOST INTERACTIVE COFFEE TABLE BOOK IN THE WORLD—JIMMY NELSON’S “HOMAGE TO HUMANITY!”