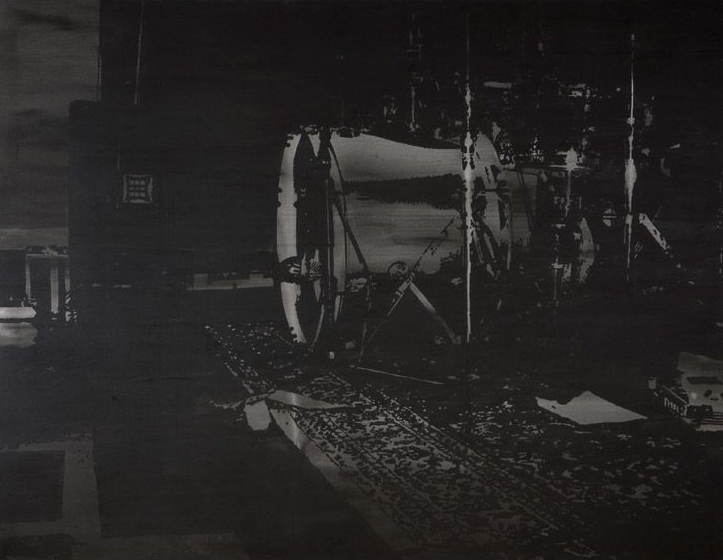 Joan van Barneveld debuts his new works in the exhibit Bad Moon Rising, titled after Sonic Youth’s second studio album setting the tone for the exhibit. In the past year Van Barneveld, known for his characteristic monochrome paintings abandoned the canvas and created these new works that consist of unique large-scale silkscreens set between veils of highly diluted black paint washes.

The application of silkscreens adds a more photographic quality to his anonymous narration. Even though, van Barneveld is increasingly sourcing his personal photography – photographs of empty stages, taken before performing with his band, home settings and documentation of his travels – creating works that center on a theme of absence and presence. Rather than presenting a singular image the new works combine individual pieces, giving the works a direct relation to storyboards. The abstract narrative of two scenes, seemingly unrelated yet sharing a similar looming presence. His choices of scenery and the link to storyboards are reminders of the film and music industry and their influence on the visual arts, recalling film noir and the power of the mysterious.