From October 25 until October 29 works by Julia Winter will be on view at One More Gallery. Zjef van Bezouw, an established name in the Dutch art world, is the gallery owner. Zjef curates distinctive OMG Events and Art Tours with a modern aesthetic, cultivated during his years as a gallery owner, mix media artist, event designer, and art director.

Julia Winter was born in Moscow but lives in Amsterdam, The Netherlands. She lived about twelve years in Workuta (North Pole). This period inspired her to take on the artist name of Julia Winter. Moving to Moscow and her later immigration to the Netherlands all have been feeding a consciousness of distraction, changing identities and growing knowledge about social and political differences.

The juxtaposition of different worlds is a recurrent theme in her works. She uses opposites like male-female, past-present or guilt-innocence and transmute them into a poetic or sometimes in a more political reality. In her work, she constantly uses meaningful layers that are placed over and upon each other.

This year Julia Winter was an artist in resident at Mana Contemporary in Jersey City. In her new work, she specially included New Yorkers. 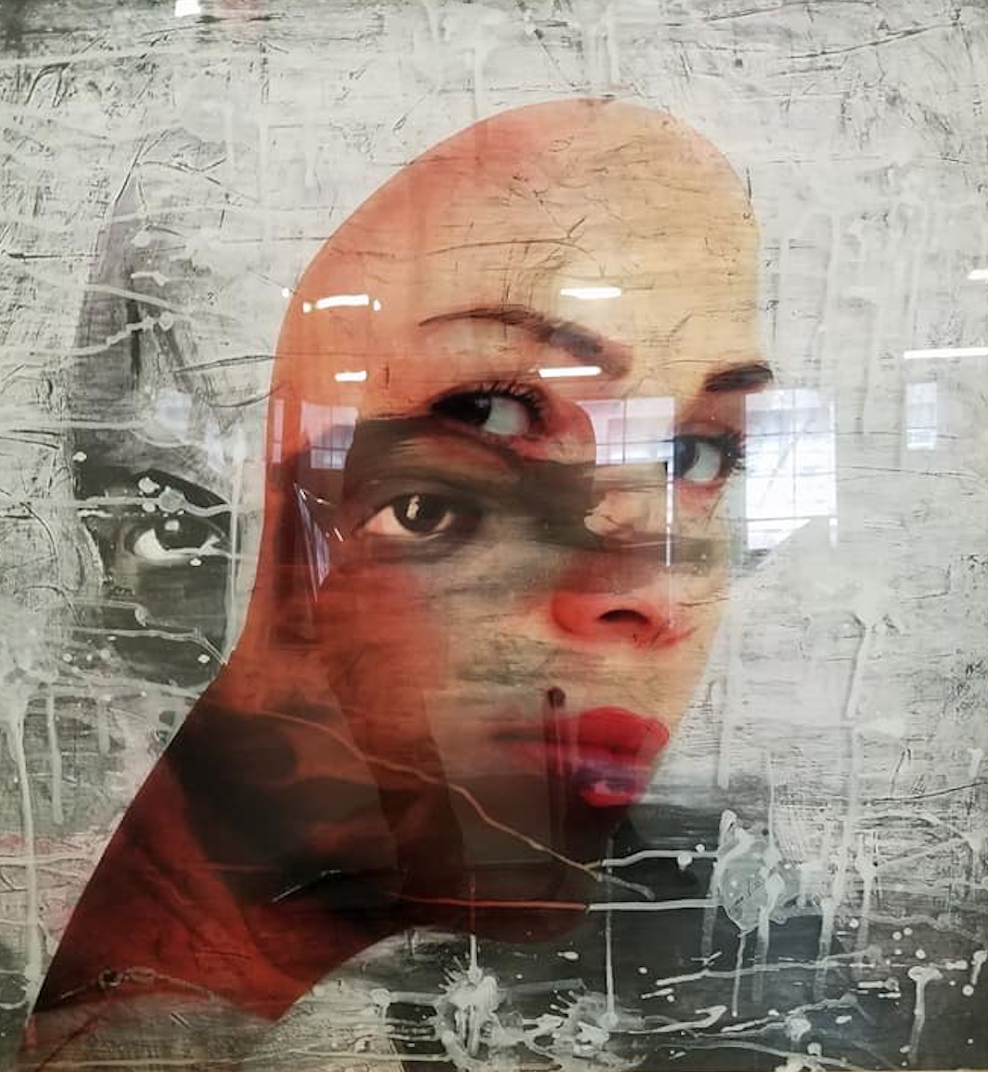 Julia Winter explores the phenomenon of the portrait and, more specifically, how we perceive the other. In her portraits, she uses photographic images or images of older paintings. They are often ‘double portraits’ in which the first transparent image is mounted on glass or Plexiglas whilst the second portrait is affixed to the underlying surface of the frame. This means that we look through the first layer at the second one and thus end up seeing and recognizing a mash of two portraits. Walking from one end of the picture to the other, the two layers differ slightly depending on the angle from which we look at the underlying image. What’s more, the reflection in the glass may well add our own reflection to the mix. Suddenly we seem to participate in the portrait and it challenges us to look more closely. 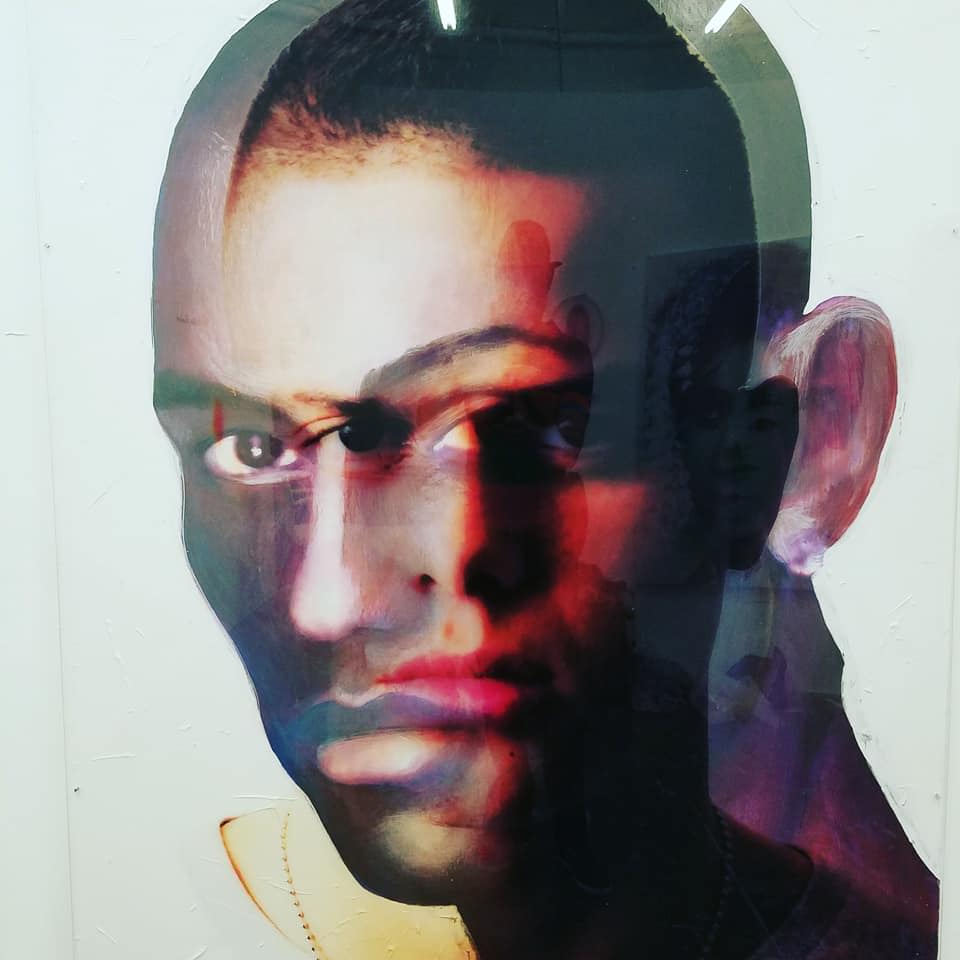 In Julia Winter’s double portraits the two personalities blend together, even if they come from totally different worlds. For example, in Young Lust, the face and upper part of the body of a young boy in a t-shirt cover an image of a seventeenth-century lady in a black gown. They differ in gender, time of origin, The boy looks quite self-conscious whilst the woman is decorous. She represents a social class that can commission a portrait. It is clear that the two images come from two completely different worlds. By presenting the two worlds in a single composite portrait the otherness is emphasized and raises questions about how we judge the other. It results in a hybrid picture that emerges from bringing together disparate elements. At a time when immigration has become a common phenomenon, we have to accept an ongoing negotiation and exchange between irreconcilable differences. In the media, we see a huge number of different faces and in our cities, we experience new national and ethnic mixtures. By juxtaposing two identities, Winter composes two overlapping images of faces which is at the same time a play of forms, colors, and perspectives. 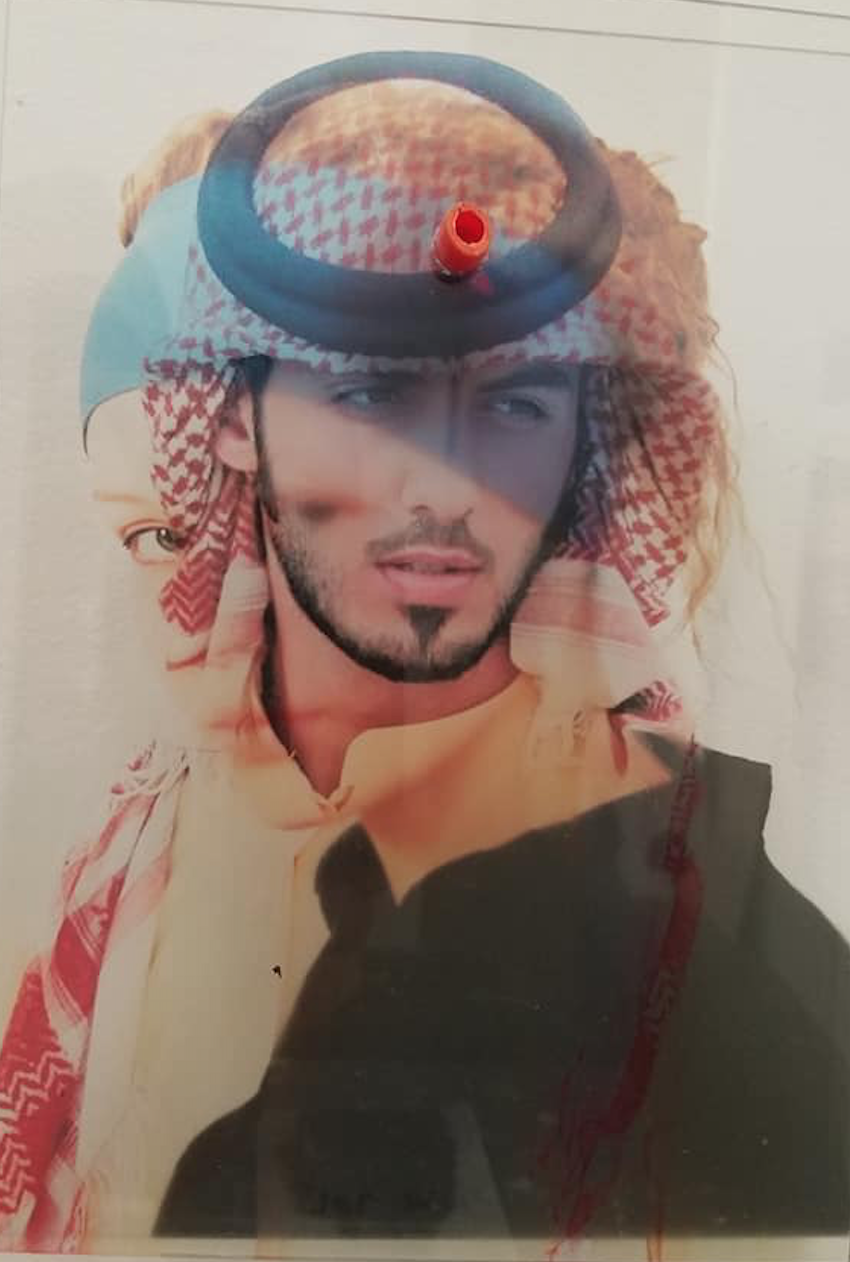