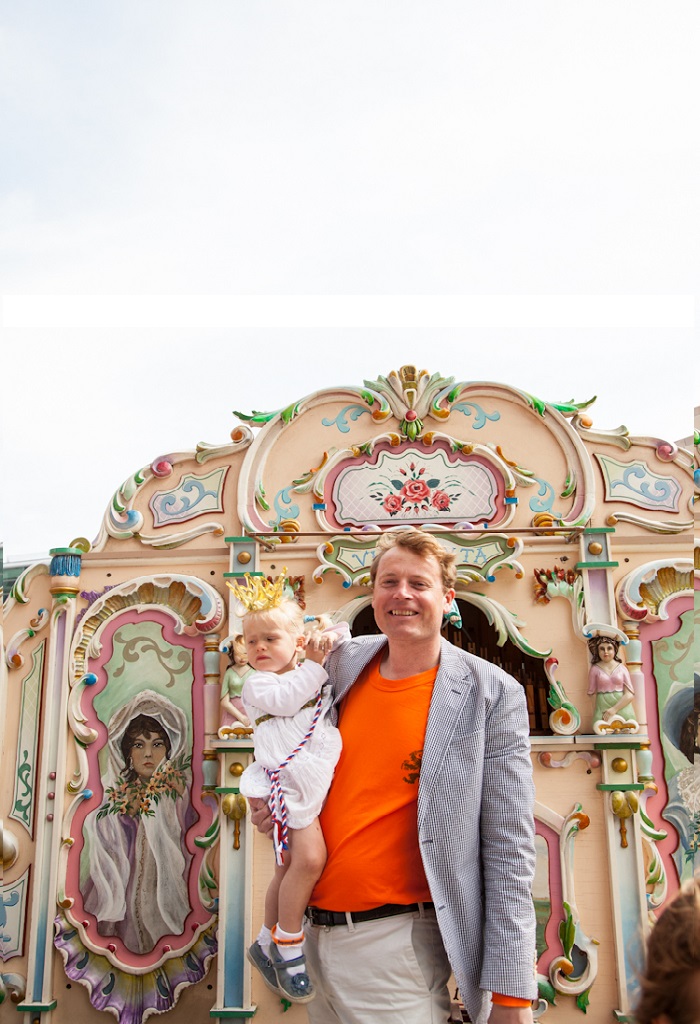 The Netherlands Consulate General, together with Dutch school ‘t Klokhuis, cordially invite you for another great celebration of Dutch King’s Day in New York.

This year the celebrations will again be centered on the New Amsterdam Pavilion, in front of the entrance to the Staten Island Ferry in Battery Park, on April 27.

King’s Day is a day when everybody comes down with “orange fever” for a fun-filled afternoon of celebrating Dutch culture. Children may sell their secondhand toys and books, while parents can enjoy some real Dutch snacks and drinks.

There are children’s games like pin the tail on the donkey and shuffleboard, but also a mini flea market, a puppet show, a children’s competition for the best dressed king and queen, a raffle, a royal quiz, and a family soccer game.

Would you like to help out during King’s Day? Then sign up as a volunteer. We will need volunteers to help out with setting up, kids’ games, snacks and drinks, registration, and cleaning up. We cannot make this day happen without our valued volunteers!

Although organizing such a large event on a limited budget is no easy feat, we have been able to squeeze our budget, and we have found the necessary funds to allow volunteers to enjoy the day at no cost. And more help is needed! To sign up as a volunteer, click here.

Read the full program or register here by 6 p.m. Saturday. After that, tickets will only be available on site.

King’s Day is a Dutch national holiday on which we celebrate the King’s birthday. King Willem-Alexander was born on April 27, 1967. The tradition started with Queen Wilhelmina and Queen Juliana, who also celebrated their birthdays. Only Queen Beatrix decided not to celebrate Queen’s Day on her birthday, but on her mother’s birthday, April 30.

In 2013 Queen Beatrix, right before her 75th birthday, abdicated the throne after 33 years. The abdication seceded the Dutch throne for Crown-Prince Willem-Alexander at the age of 45. His wife, Princess Maxima, is Argentinian and very popular in the Netherlands. They have three daughters: Catharina-Amalia, Princess of Orange (9 years old), Princess Alexia (8 years old), and Princess Ariane (6 years old). King’s Day will officially be celebrated on April 27 (the King’s birthday). However, the event is traditionally not celebrated on a Sunday, which means that the first King’s Day (in the Netherlands!) will be held on Saturday, April 26, 2014.

King’s Day is not your typical birthday celebration. It’s a day where everybody in the Netherlands is, for one day, comes down with “orange fever,” our national color. You can consider it as a phenomenal street party. Children (and adults) may sell (or trade) their secondhand toys and clothes, while vendors sell Dutch food. There are old children’s games like pin the tail on the donkey and potato bag races. There are DJs on the streets (sponsored by radio stations) with an orange-colored crowd dancing. People perform, there is art, there is so much going on this day. The day itself has developed to an internationally known day, people fly in to the Netherlands to be part of the celebration!