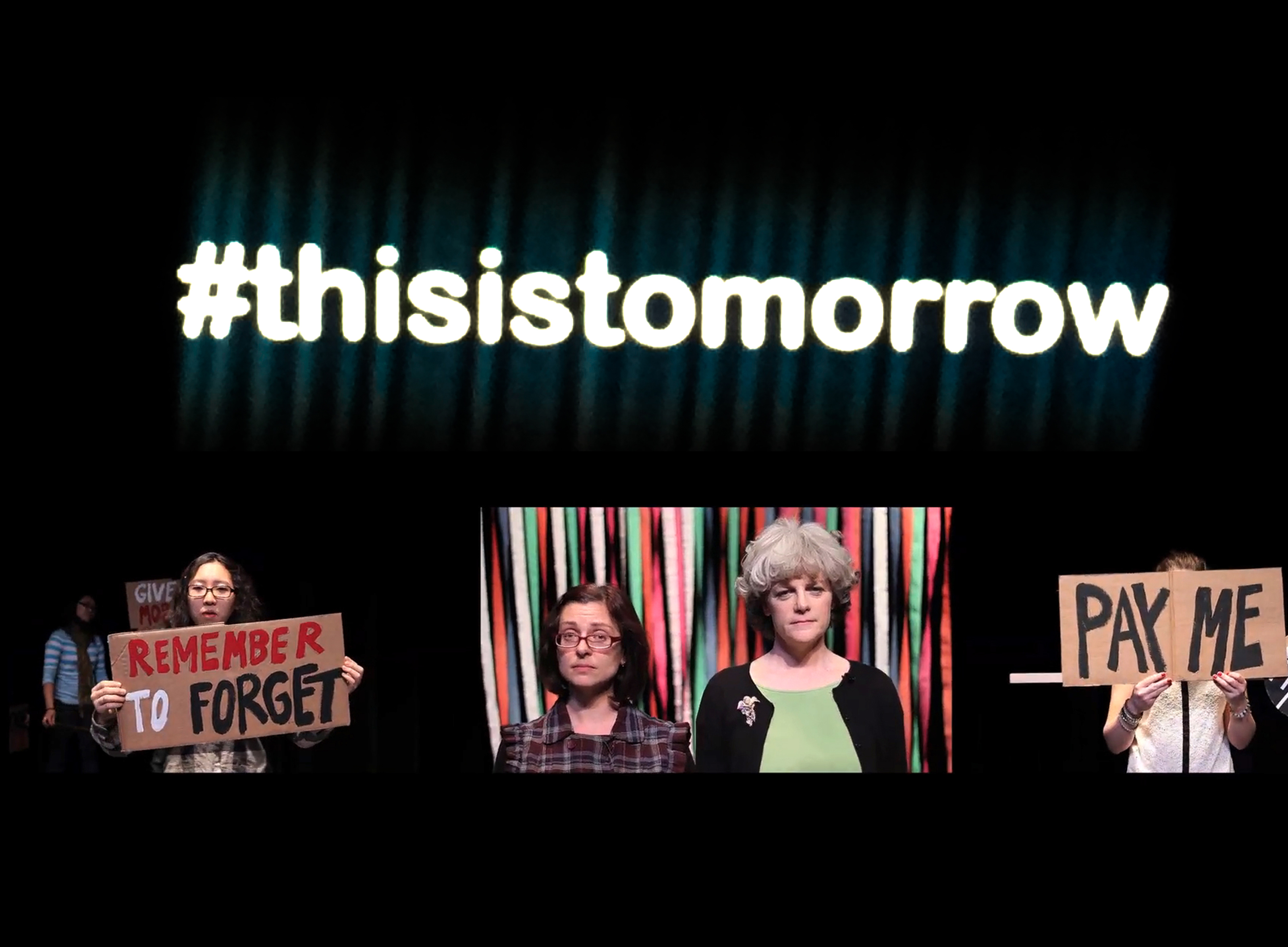 In her first solo exhibition at the District of Columbia Arts Center, from March 20 to April 19, Chicago-based artist Kirsten Leenaars presents a suite of video installations and text-based works that taken as a whole are both a starting point and departure from our current political climate. #thisistomorrow brackets recent events such as Ferguson and Charlie Hebdo, among others, in order to form a sociopolitical space that can exist outside of the media and in the hands of a community.

In her newest video piece, especially conceived for DCAC and filmed in DC, Leenaars mines the tradition and format of the protest song – and protest poem – as an open call that brings together a range of local performers, musicians and poets to cathartically respond with their own artistic inflections and concerns. Re-mixed as a narrative sequence rather than a series of auditions, the video acts as a form of creative reportage uncovering personal experiences, collective histories, and a form of succinct expression that is devoid of hashtags, social media and politicized slogans. What surfaces is a cross-section of a local, creative community’s response to the abuse of power and the radicalization of ideas. The performers in the video include: Shanna Lim, Christianna Clark, I Born Music, Joseph Ross, Katy Richey, Alan King, Abby Braitwaite, Courtney Dowe, Mansoor Celestin, and Ethelbert Miller.

Two additional works form a conceptual triangle. A series of appropriated text-based works derived from protest signs and placards of grievance, such as “Je suis Charlie,” highlight the possible shift towards an empathetic social consciousness. Yet they also implicate the subjective nature of language. Words, too, have the power to align themselves into unexpected chords of nuance, to pivot and reveal. Leenaars’ second video, Not In Another Place, But This Place… (Happiness), addresses the personal and collective notions of happiness. Acting as a neighborhood artist-in-residence in Edgewater, Chicago, Leenaars worked with local residents from all walks of life to respond to the prompt in the American Declaration of Independence—the pursuit of happiness. The three-channel video is composed of scenes in which community participants embody their version of happiness through various performative actions within specifically designed sets.

As with most of Kirsten Leenaars’ work, her projects’ participants are given both the power and the role to complete the artwork rather than just being the subject in it. This spirit of art making underscores a progression in art, where the artist’s practice is perhaps more akin to that of a choreographer, producer, and community activist.