The ‘Everest’ EP sees the Dutch alternative act exploring the more electronic, synth led aspects of their widescreen sound. Largely borne out of a desire to push the band sonically but partly down to the fact that their van didn’t have space to put up amplifiers and guitars, Klangstof threw themselves headfirst into “synthesizer heaven”, as frontman and band leader Koen Van De Wardt puts it.

The new EP washes over the listener with warm waves of synths and the band’s characteristic, sharp, snappy drumming. The first single and the release’s title track, ‘Everest’ was written on an old Juno synthesizer and is Koen and songwriting partner Wannes Salomé’s attempt at writing an A – ha style, 80’s pop banger. “I think we failed pretty badly but at least we gave it a shot” says Koen.

‘Resume’ meanwhile sees the band in more political mood. The track came to Koen around the time that President Trump declared his intention to initiate a travel ban and was written as a direct reaction to such rhetoric. A sonically rich, textured cut, ‘Resume’ is symptomatic of the band’s confidence and constant thirst to explore new sounds. ‘Names’ continues the EP’s exploration into the electronic world, all chiming synths and purposeful electronic drumming, while ‘The Lows Will Keep You High Enough’ showcases a more tender side to Klangstof’s sound.

The last eighteen months have been a defining time for the band. Following the release of their excellent debut album ‘Close Eyes To Exit’ in September 2016, they have toured around the globe with The Flaming Lips, Miike Snow and Jagwar Ma, as well as becoming the first Dutch band to play Coachella. In February, they took home the award for Best Alternative Act at the Edison awards, the Dutch equivalent of the Grammys. 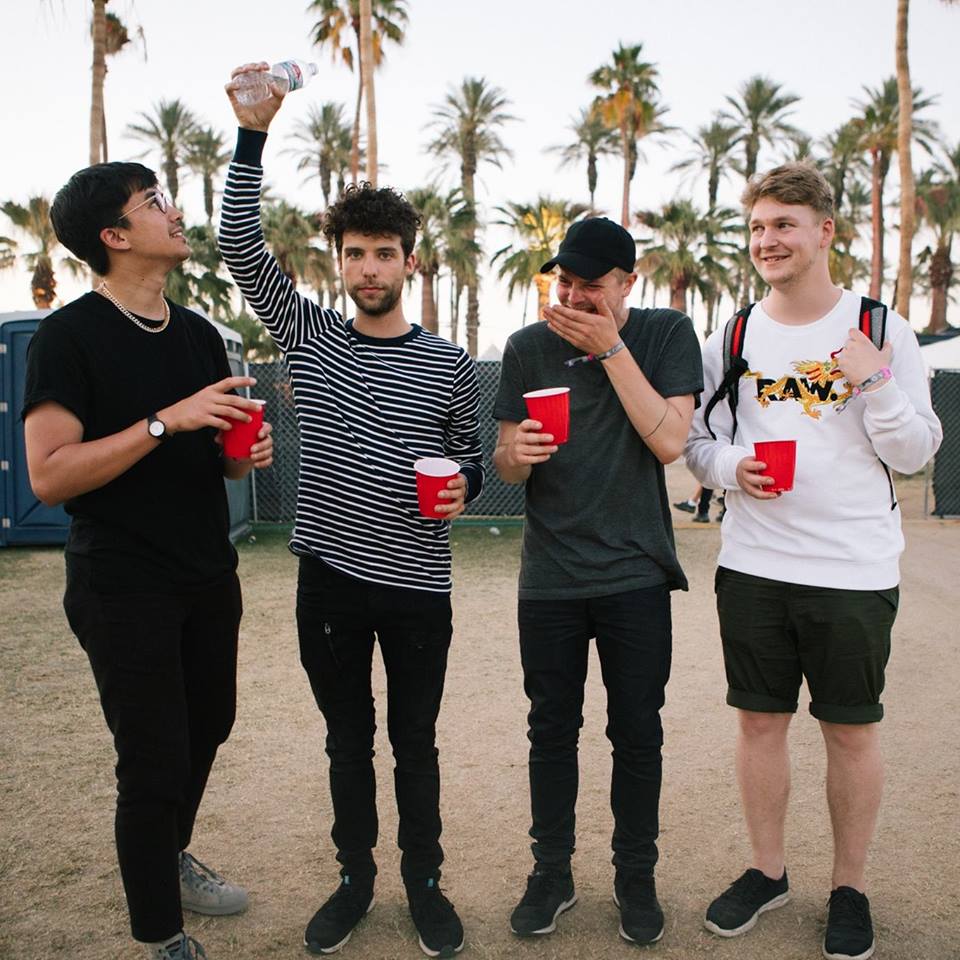 The band is based in Amsterdam and signed to Mind of a Genius Records. The dreamy alt-indie of Amsterdam-based group Klangstof is the product of Norwegian singer/songwriter and producer Koen van de Wardt. His earliest inspiration was Radiohead’s OK Computer, which he used to hone his instrument-playing skills. Once he started writing his own material, he bolstered his songcraft abilities with studies at Hedmark University College in Norway. After a stint as bassist with Dutch indie band Moss, van de Wardt committed himself to the Klangstof project in 2014. After releasing the single “Hostage” in 2016, he was signed with Mind of a Genius, home to Zhu and Gallant. The sweeping tune incorporated the icy soundscapes favored by Radiohead in their late-era works, while also infusing some of the ethereal atmospherics of Sigur Rós and funky flourishes of Alt-J into the mix.