Louis Andriessen about The Only One

“The only one originated with a request from Chad Smith, director of the Los Angeles Philharmonic. He has programmed many of my pieces, and wanted to commission a new piece as part of the orchestra’s centenary celebration. I talked with him about my trouble with the traditional instrumentation of the symphony orchestra. Then he said the historic words: You should write what you want to write. His reassurance was a good reason for me to say yes.

In the meantime, I had made two new artistic discoveries. The first was a gift from friend and composer Rozalie Hirs of a collection of poems by the Flemish poet Delphine Lecompte. These witty, intelligent, experimental, and sometimes scabrous poems immediately fascinated me. My focus turned to faraway America, with its great tradition of song writing. This all fit perfectly with my other discovery: Nora Fischer, a young singer who has attracted attention in recent years through both her classical and pop music projects. The depth of her versatility has strongly influenced the musical language of the piece.

While reading through Delphine Lecompte’s work I made the choice to use texts from her very first publication: The animals in me. She uses short lines; it is sharp and radical, almost surrealistic. The title ‘The only one’ is a translation of the first words from the first poem heard in the piece: ‘de enige’.

The line-up includes, as is often my custom, bass guitar and guitar. This isn’t often done, with the exception of film composers. I almost never write for the sound of a full string orchestra, but rather for a reduced section. Six violins per part can already make enough noise. There is a harp, and a pianist who also plays celesta. The piece flirts a bit with certain kinds of pop songs and light music, and starts out with a beautiful song. In the end, very little of that remains.”

Born into a musical family, Louis Andriessen (1939) received the early influences of Stravinsky and jazz from his older brother Jurriaan. He studied with Luciano Berio in the mid-’60s and wrote pieces that drew on the styles and techniques of European modernism, before he began responding to American minimalism in the 1970s. He creates music of great energy and unusual color from spare materials, often exploring political and social issues, as well as aspects of physics, such as time and velocity. Since the Minimalist Jukebox festival in 2004, he has been closely associated with the Los Angeles Philharmonic, which has commissioned and premiered a number of works from him, including a new opera, Theatre of the World, coming in May 2016. He won the 2011 Grawemeyer Award for his opera La Commedia, which the LA Phil presented in its U.S. premiere on a Green Umbrella concert in 2010. 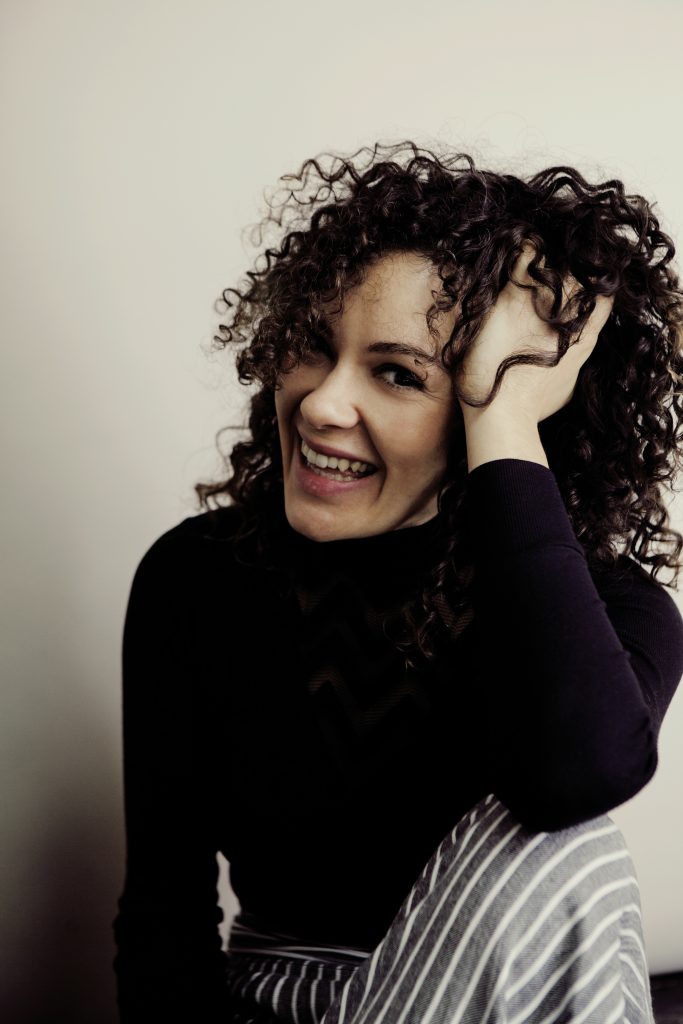 Nora Fischer is challenging the way we listen to the voice. The Amsterdam- based singer is renowned for her adventurous approach to live performance and her creative projects fusing classical and contemporary repertoire. This can range from traditional concert programmes to genre-defying collaborations – such as her debut album HUSH, which was released on Deutsche Grammophon in April 2018, and her work with Yo-Yo Ma’s legendary Silkroad.
Using her voice as a versatile instrument, Nora’s repertoire ranges from Monteverdi to the many compositions that have been written for her in the present day. Her “affinity with experimental classical styles and sharp dramatic instincts” (New York Times) have led to many collaborations with leading contemporary composers, including Osvaldo Golijov, David Lang & Michel van der Aa. During the 2017/18 season, Nora signed with Universal Music and was nominated by the Concertgebouw to perform in major concert halls across Europe for the ECHO Rising Stars Tour.

Nora’s unique approach has taken her around the globe, from the Philharmonie de Paris and Walt Disney Concert Hall to the Lowlands Pop Festival or a mysterious forest at the Oerol Theatre Festival. She has premiered many new operas, most recently working with the Dutch National Opera and Pierre Audi for the world premiere of Andriessen’s Theatre of the World. Other contemporary collaborations include performances with the Kronos Quartet, Asko|Schönberg Ensemble and l’Arpeggiata.

In upcoming seasons, Nora has projects at venues including the Barbican, Concertgebouw and Berlin Festival, and has been invited on three tours with the Silkroad, including her Australiasian debut. In 2019, Nora also performs the world premiere of a new Andriessen commission with the LA Philharmonic, BBC Symphony Orchestra, and Netherlands Radio Philharmonic.

Nora regularly performs solo concerts and devises projects involving baroque, classical and contemporary vocal repertoire, ranging from traditional concert programmes to genre-defying collaborations. She also frequently partners with a number of theatre companies in order to explore the intersection between new music and theatre.
Born into a family with a rich musical tradition, Fischer trained at the Conservatory of Amsterdam and Complete Vocal Institute in Copenhagen, and holds a Masters in New Audiences and Innovative Practice from the Royal Conservatoire of The Hague. She also holds a Bachelor’s Degree in Musicology and Philosophy, completed at the University of Amsterdam in 2009.