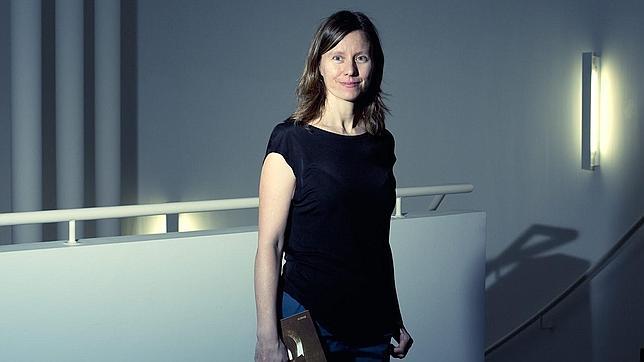 On Saturday, October 25, 2013, Rotterdam-based artist Lara Almarcegui will participate in the Creative Time Summit “Accessing the Green City” section. Moderated by Mel Chin, it includes speakers Emmanuel Pratt on urban gentrification, Lara Almarcegui on the life of urban detritus, Lucy Orta on food ecquity and sustainability, and Raúl Cárdenas Osuna on Torolab’s Farmlab. Questions of sustainability in the city must also confront the existing class dimensions in its composition. This section proposes successful models for contending with their confluence.

In her work, Almarcegui often explores neglected or overlooked sites, carefully cataloging and highlighting each location’s tendency towards entropy. She was Spain’s representative to the 55th Venice Biennial in 2013, where she filled the interior of the exhibition space, a building constructed in 1922 by Javier de Luque, with massive piles of building materials similar to those used by workers during its construction.

Working at a time of widespread urban renewal in Europe, she has remained a champion of overlooked, forgotten sites — creating guides for the cities’ wastelands and even instigating their legal protection. In her investigation of the abandoned Flushing River in Queens, she called attention to its misuse by the City of New York and real estate developers.Almarcegui has been working at the boundary between urban regeneration and decay, and devising exhibition projects that render visible what escapes our attention and even our awareness. Since the mid-1990s, she has been researching and studying the transitional spaces where the urban and the natural orders meet: the processes of urban planning and transformation of the peripheral wastelands of the cities brought on by economic, social, or political interests and changes. At the same time, she has been analysing urban and architectural landmarks and features that we hardly notice or upon which we rarely, if ever, focus our consideration. Operating as an archeologist of the present conducting field research, Almarcegui documents her investigations by way of guides, maps, and brochures, in an effort to concentrate on marginal elements or areas within the complexity of our urban reality, revealing the connections that inform us about the relationship between our past and our future. Likewise, in deconstructing buildings and other landmarks and constructions, Almarcegui unravels our understanding of inhabiting, by showing the inarticulate, bare materials of which the buildings are made, or uncovering the products of recycling that they use and that they themselves, in turn, end up becoming, to get us closer to the inherently entropic nature of civilization. Ultimately, these works connect the outdoors with the indoors, and the inside with its awareness of itself, in a dialectical process of knowledge.”

The artwork of Lara Almarcegui (Zaragoza, 1972) stems from a heightened awareness of the city, using its wastelands and buildings to reflect on the evolution of the urbis itself and the elements that comprise it. With engaged projects such as her guides to modern ruins and urban wastelands or her rubble mountains, Almarcegui has taken her practice to capital cities like London, Beirut and Vienna and has participated in major international contemporary art events such as Manifesta 9 (2012) and the São Paulo Biennial (2006). Almarcegui is represented by Ellen de Bruijne Projects.