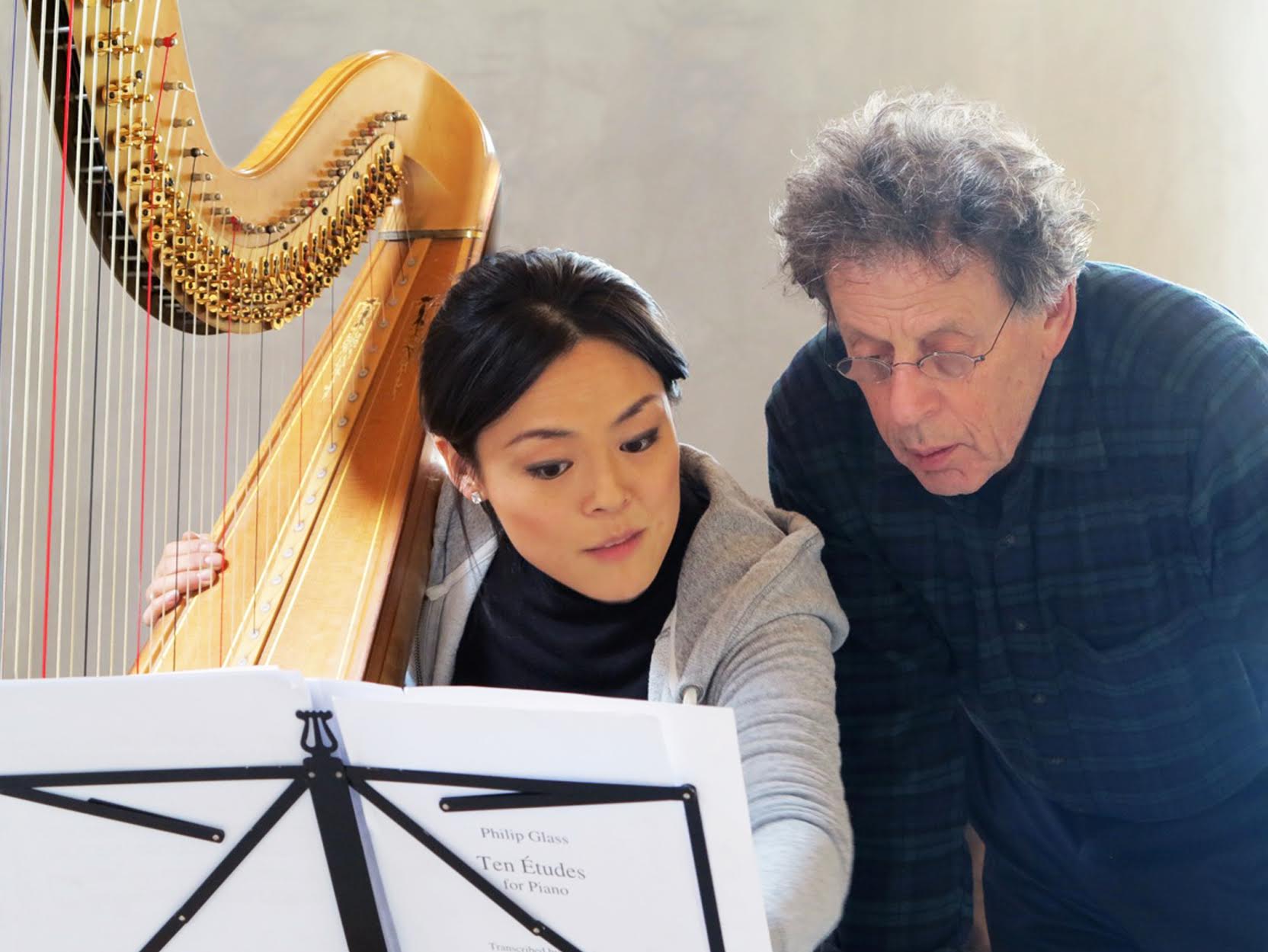 On October 19 (10:00PM), Dutch harpist Lavinia Meijer will perform at National Sawdust, New York. During this evening, Meijer will primarily perform pieces by Philip Glass; a physical and personal tribute to the American composer, who has been an important inspiration to Meijer. In National Sawdust she will perform the ‘Koyaanisqatsi theme’ and the ‘Etudes’ 1, 2, 5, 8, 12, 16, 17, and 20 by Glass. She will also take on Bryce Dessner‘s ‘Suite for Harp’. Lavinia Meijer wrote the following about her experiences with Philip Glass:

“In 2011, when I met Philip Glass for the first time, I had never played his music before. A lot has happened since then, the period I spent with his music has deepened my interpretations, performances, as well as my personal live. Three years ago I started working on the Études. Arranging them from piano to harp was a great challenge, this time deeper and richer than the previous arrangements I made of his music. They explore a variety of tempi, textures, playing techniques and harmonies that give a wonderful overview of Glass’s musical language within a time span of over 20 years (1991-2012). I experienced his development and new adventure of harmony and structure very closely in these Études. They embody my continuous steps to explore the possibilities within the music and his openness to pass on his craftsmanship to others around the world. I remember visiting Philip Glass last April. I played some of the arranged compositions and afterwards I looked him in the eyes. Amazement and pride was what I saw. Exactly those two emotions that kept me going as I continued my search and worked on the Études. These compositions and this journey have enriched the way I look at all the possibilities of the harp, the energy and emotion within music and – most important – myself as a musician and as a person.

There are many composers whom have been (and still are being) influenced by Philip Glass’s music, including myself. As music is an ongoing development, I wanted to capture this moment in music’s history by working with different composers on The Glass Effect. Each of them create their own spectrum of sounds and shapes based on the works of Philip Glass. Lift-Off is based on the impressive theme of the film Koyaanisqatsi (1982) for which he wrote the music scores. This was my first project with sound designer Arthur Antoine in 2014, adding electronic sound effects to a remixed version of this theme. In that same year the young talented New York composer Ellis Ludwig-Leone wrote me a piece with electronics, just after we met in the beautiful place of the Banff Music Center in Canada. He told me that he was also the assistant of Nico Muhly, whom on his turn had worked closely with Philip Glass for several years. Bryce Dessner (known also from the band The National) has arranged three movements for me.The harp version has a quite different expressive approach to the music, but it gave us both a thrilling feeling to discover the new sounds. Hearing how Philip Glass’s craftsmanship is passed on to the younger generation composers reminded me again of the importance to keep a good eye on the next generation of composers to come.

The Glass Effect is about the ongoing developments within the music of the 20th and 21st century, in which Philip Glass’s music has been, still is and will undoubtedly be, of extreme importance. This album is my personal tribute to mark his 80th birthday next year.”

Lavinia Meijer (1983), winner of the Dutch Music Prize 2009, is one of the most diverse harpists of today. After her debut at the Carnegie Hall in New York in 2007, she is invited regularly to perform as a soloist in Europe, Asia, and America. She collaborated with famous composers such as Philip Glass (Koyaanisqatsi, The Hours) and Ludovico Einaudi (Untouchables, Black Swan). She shared the stage with them, as well as with legendary artists like Iggy Pop. Her albums are released worldwide (Channel Classics, Sony Classics) and have been rewarded with an Edison Award and a golden and platinum-status.