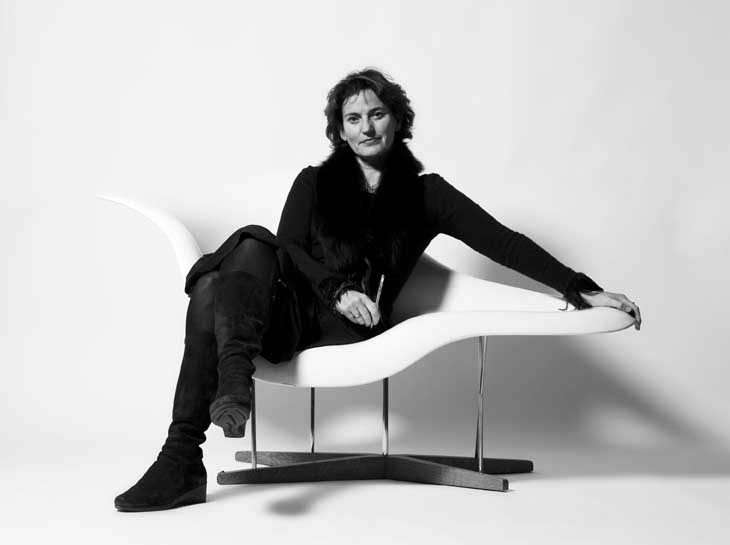 On Thursday, September 26, 2013, 5:30pm, the MIT Department of Architecture will present a lecture by Francine Houben, founding partner, creative director, and architect at Mecanoo Architecten.

On Thursday, September 26, 2013, 5:30pm, the MIT Department of Architecture will present a lecture by Francine Houben, founding partner, creative director, and architect at Mecanoo Architecten.

Francine Houben directs her Mecanoo team with the ambition to design buildings with a strong respect for context: physically, historically and environmentally. In the lecture “Dutch Mountains” she will present her vision and the philosophy behind her work. She will take you along her increasingly international portfolio featuring also the recently opened Library of Birmingham integrated with the REP Theater in the UK; and the Dudley Municipal Offices in Boston and Wei-Wu-Ying Centre for the Arts in Kaohsiung, Taiwan, both under construction.

Francine Houben, architect and director of Mecanoo architecten in Delft (The Netherlands), is one of Europe’s most active architects. She lectures all over the world and takes part as a jury member in many prestigious competitions. With her office Mecanoo Francine Houben is internationally active in Europe, Asia and the U.S.A.

She was honored with many awards for her work and was granted lifelong membership of the Akademie der Künste in Berlin, Germany. In 1999 Francine Houben introduced the concept of the aesthetics of mobility as a new instrument for country and town planning and was instated as professor in Architecture, chair Aesthetics of Mobility at the Delft University of Technology. She became director of the First International Architecture Biennale Rotterdam in 2002, with ‘Mobility, a room with a view’ as a theme. In 2007 she was visiting professor at Harvard University, USA.

Always looking for the secret of a specific location, Francine bases her work on both analyses and intuition. She enjoys interweaving social, technical, playful and humane aspects together in order to form a unique solution to each situation. Her curriculum includes, the Library of Birmingham integrated with the REP Theatre in the UK (2013), Delft City Hall and Train Station (2015), TU Delft Library (1998), Montevideo residential tower in Rotterdam’s harbour (2005), Philips Business Innovation Centre FiftyTwoDegrees in Nijmegen (2007), La Llotja Theatre and Congress Centre in Lleida, Spain (2010), the Wei-Wu-Ying Center for the Arts in Taiwan (2015) and Dudley Municipal Center in Boston, USA (2014).