On April 7, Helene van Rossum will speak at "That Class of People Called Low Dutch"

On April 7, from 4 to 5 pm, Dutch-American writer, educator and archivist Helene van Rossum will be a speaker at “That class of people called Low Dutch,” African Enslavement Among the Dutch Reformed Churches of Ulster County and New Jersey’s Raritan Valley organized by Historic Huguenot Street.

Drawing upon a variety of resources from research facilities in Ulster County and New Brunswick, NJ, Wendy E. Harris and Helene van Rossum will discuss aspects of African enslavement among the Dutch Reformed congregations of Marbletown, Rochester, Wawarsing, and Shawangunk, churches with historic ties to congregations in New Paltz and Kingston. In her memoirs, Sojourner Truth referred to the Dutch communities in Ulster county—to whom her first owner, Colonel Johannes Hardenbergh belonged—as “that class of people called Low Dutch.” The speakers will highlight enslavement among the powerful Hardenbergh family, as well as connections between Dutch Reformed congregations in Ulster County and those in Central New Jersey’s Raritan Valley, traceable through the ministries of Theodorus Jacobus Frelinghuysen (1691–1747), Johannes Frelinghuysen (1727–1754), and Jacob Rutsen Hardenbergh (1736–1790), the first president of Queen’s College (presently Rutgers University). 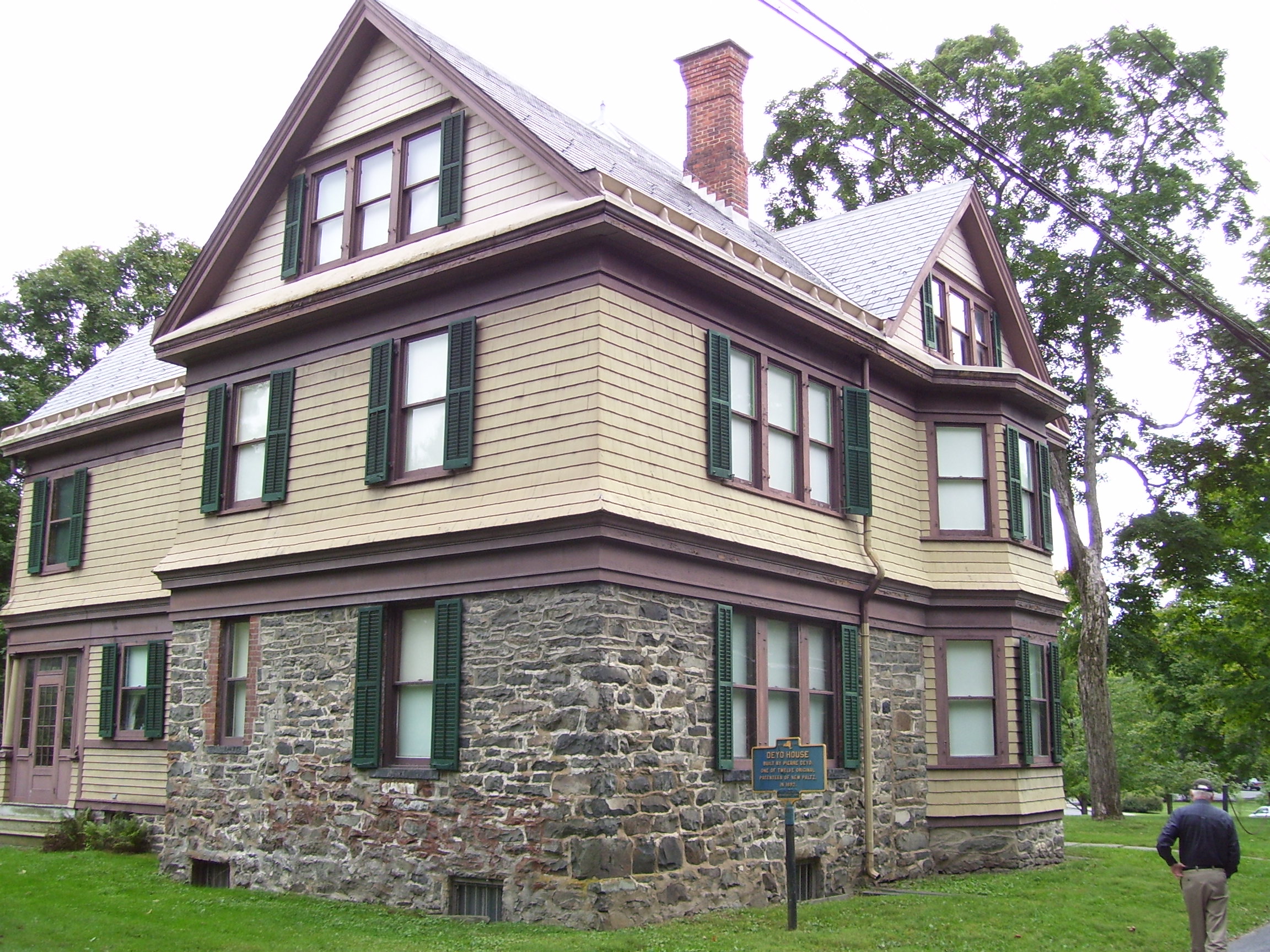 Today a National Historic Landmark District, Historic Huguenot Street encompasses 30 buildings across 10 acres that was the heart of the original settlement, including seven stone houses that date to the early eighteenth century. It was originally founded in 1894 by the descendants of the first settlers as the Huguenot Patriotic, Historical, and Monumental Society to preserve what remained of their French and Dutch heritage. Since then, Historic Huguenot Street has grown into an innovative museum, chartered as an educational corporation by the University of the State of New York, that is dedicated to protecting our historic buildings, conserving an important collection of artifacts and manuscripts, and promoting the stories of the Huguenot Street families, from the sixteenth century to today.