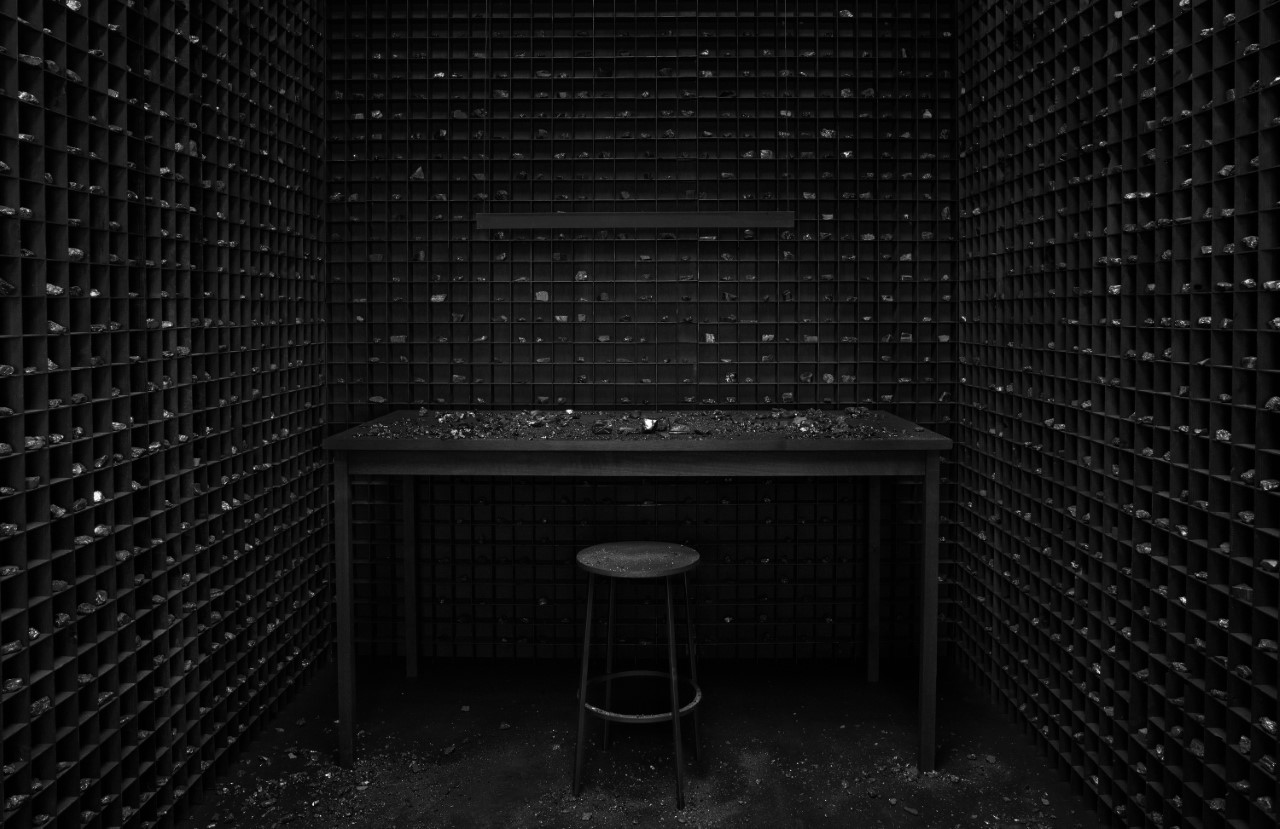 From March 2 until March 5, Galerie Ron Mandos presents 'The Monolith' by Levi van Veluw at The Armory Show

From March 2 until March 5, Galerie Ron Mandos presents solo show ‘The Monolith’ by Levi van Veluw at The Armory Show. This series of new works explores the significance of reality. Van Veluw builds a new universe where he discovers the relationship between chaos and order, disorder and alienation. His layered multi-disciplinary works of sublime design, modernist architecture and disruptive environments possess a strange, unreal beauty with no perception of time, space and reality. Many of his works feature a combination of grids and geometrical shapes, which explore the idea of a deep immeasurable space. His distinctive charcoal drawings are often the starting point. Van Veluw creates powerful and accessible installations in which he combines specific surroundings with a frisson of tension. His photos are records of reality that generate room for stories and assertions while they suspense the area of a scenario inside the artist’s world. The exhibition is entirely excluded from daylight and the oppressive atmosphere is intensified by spatial interventions and interaction between installations, sculptures, photographs and drawings. By creating an environment in which everything must be redefined, the visitor becomes both hyper-aware of his surroundings as well as invited to become part of the installation. It is this psychological part of the process that primarily interests van Veluw. Since his graduation in 2007, Levi van Veluw has produced multi-disciplinary works. For his all-encompassing projects, van Veluw goes through different artistic stages that eventually lead him towards the making of lifesize accessible installations. Van Veluw has been interested in settings that are theoretically possible but difficult to imagine since his early childhood. The fantasy about an environment with other laws of nature, a world with a different logic from ours are the things that occupy him. 10 years ago, van Veluw became fascinated with the science fiction books by Fred Hoyle, Isaac Asimov and Aldous Huxley. In his work, he often refers to the underlying principles of these stories in which science, technology and the development of knowledge are called into question.

During The Armory Show, an all-encompassing freestanding installation will be on view. The visitor enters an extraordinary atmosphere, with unknown perspectives that challenge the senses. A spatial installation of a deep black environment, where time seems to stand still, and time and space blend together in absolute silence. 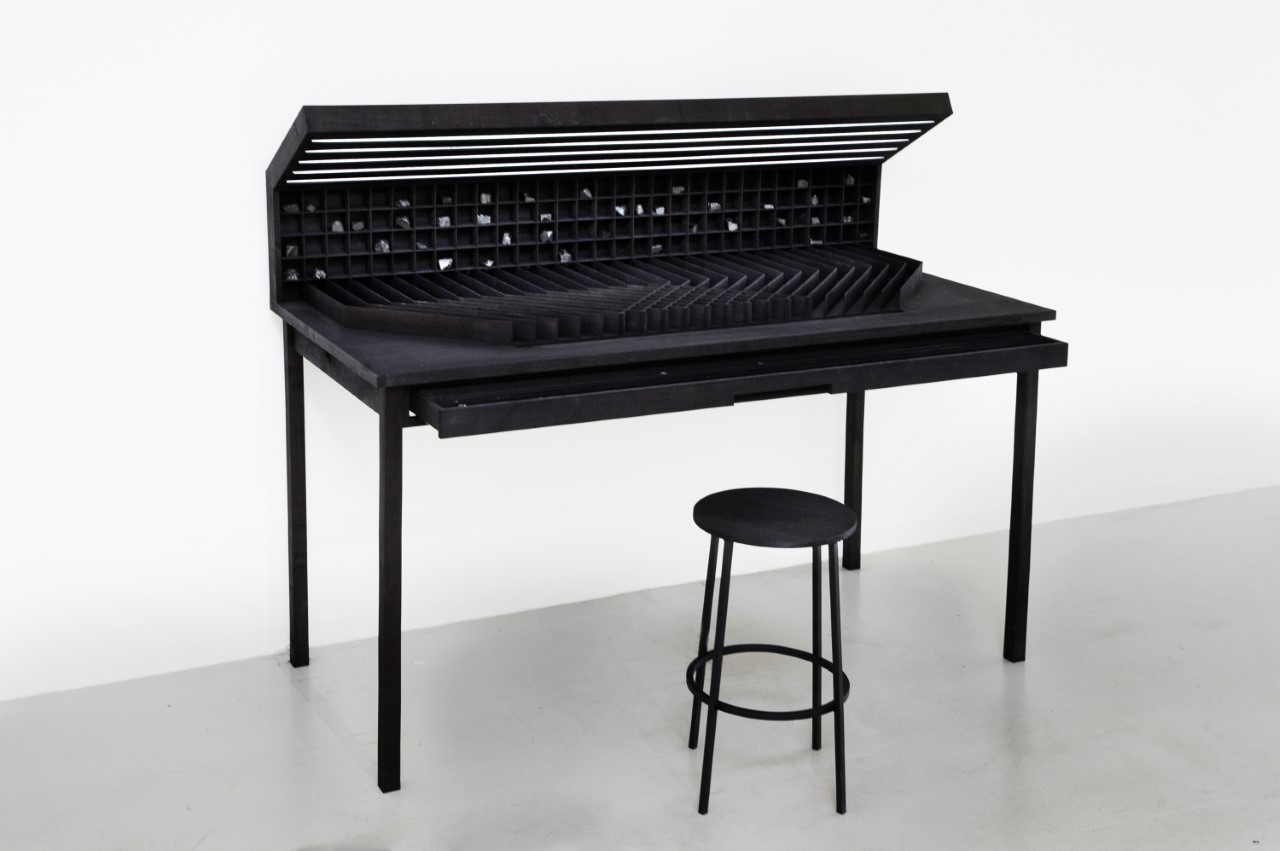 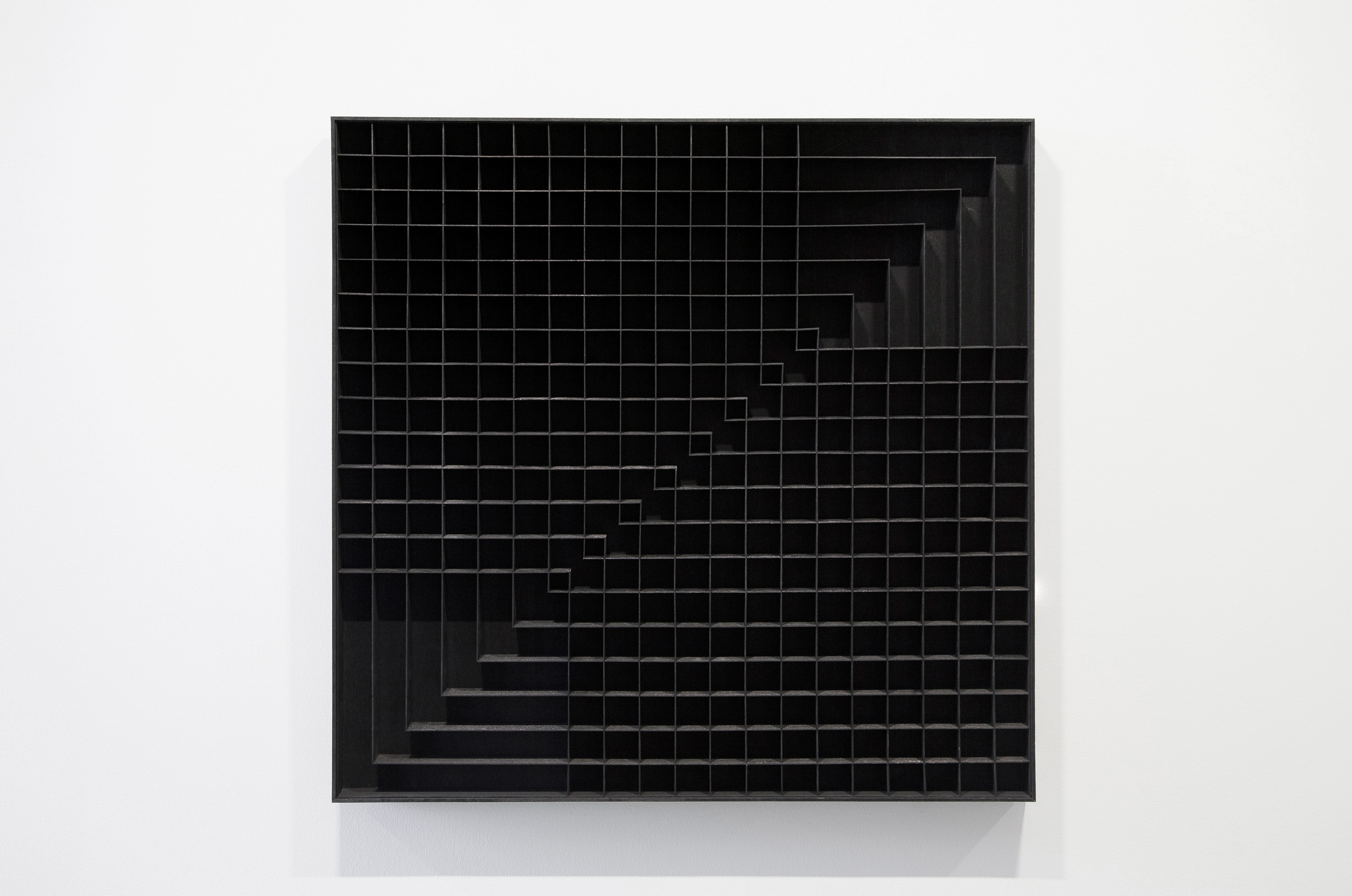 Levi van Veluw was born in the Dutch town of Hoevelaken, in 1985, and studied at the ArtEZ Institute of the Arts in Arnhem. Since graduating in 2007, Levi van Veluw has produced multidisciplinary works that include photographs, videos, sculptures, installations and drawings. His varied body of work has been showcased in many locations across Europe and the United States, earning him a number of nominations and awards.  His works were shown at The Marres House of Contemporary Culture (NL), Manifesta Foundation Amsterdam, Maison Particuliere Brussels, De Hallen Haarlem, Museum of Art and Design, New York,  Museum of Sound and Image, São Paulo, Musée d’Art Contemporain de Montréal, The Museum of Old and New Art, Australia, The Phillips Collection, Washington, D.C. and The Bass Museum of Art, Miami.

About the Armory Show