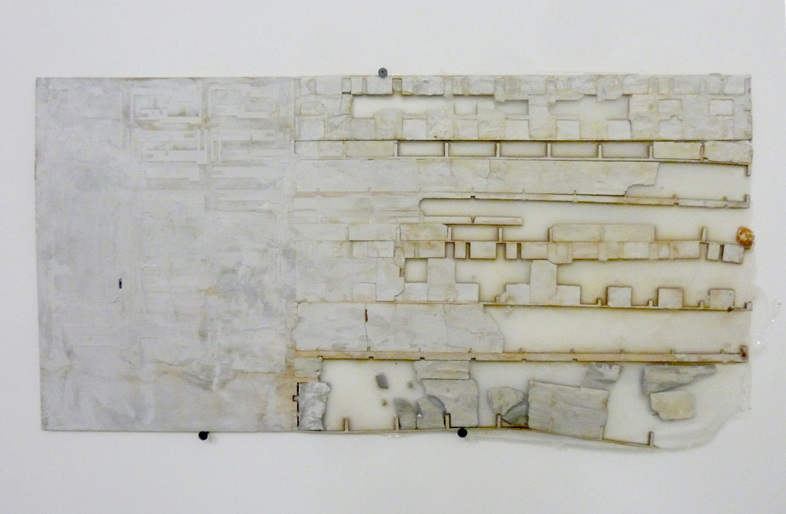 Eyebeam presents works of Lilian Kreutzberger on April 18 in an open studio.

Eyebeam presents work of Lilian Kreutzberger on Saturday, April 18 in an open studio at Industry City.

Stop by for an open house at Eyebeam during Industry City’s Open Studios. Catch a glimpse of what the current resident artists, Lilian Kreutzberger amongst others, and fellows are up to. Tours will be taking place at 1pm and again at 5pm that day.

Lilian Kreutzberger graduated from the MFA program at Parsons New School, New York (2013). As a painter and sculptor, her aim is to synthesize her research in regards to the futility, dilemmas and challenges of modern utopias and the role that planning of urban spaces play within them. Her work has been exhibited at the Gemeentemuseum in the Hague, the Royal Palace in Amsterdam, the World Expo in Shanghai, Brucennial NY, the Kitchen NY, and has been included in major collections. Kreutzberger received grants from Fulbright, Elizabeth Greenshields Foundation, Mondriaan Fund and was nominated for the Royal Award for painting and the Buning Brongers Award for painting. She was a resident at the ISCP and an EAF at Socrates Sculpture Park.

Founded in 1997, Eyebeam was conceived as a non-profit art and technology center dedicated to exposing broad and diverse audiences to new technologies and media arts, while simultaneously establishing and demonstrating new media as a significant genre of cultural production.
Today, Eyebeam offers residencies and fellowships for artists and technologists working in a wide range of media. At any given time, there are up to 12 resident artists and fellows onsite at Eyebeam’s production spaces in Sunset Park, Brooklyn, developing new projects and creating work for open dissemination through online, primarily open-source, publication as well as a robust calendar of public programming that includes free exhibitions, lectures and panels, participatory workshops, live performances and educational series.

Eyebeam is an art and technology center that provides a fertile context and state-of-the-art tools for digital research and experimentation. It is a lively incubator of creativity and thought, where artists and technologists actively engage with culture, addressing the issues and concerns of our time.
Eyebeam challenges convention, celebrates the hack, educates the next generation, encourages collaboration, freely offers its contributions to the community, and invites the public to share in a spirit of openness: open source, open content and open distribution.