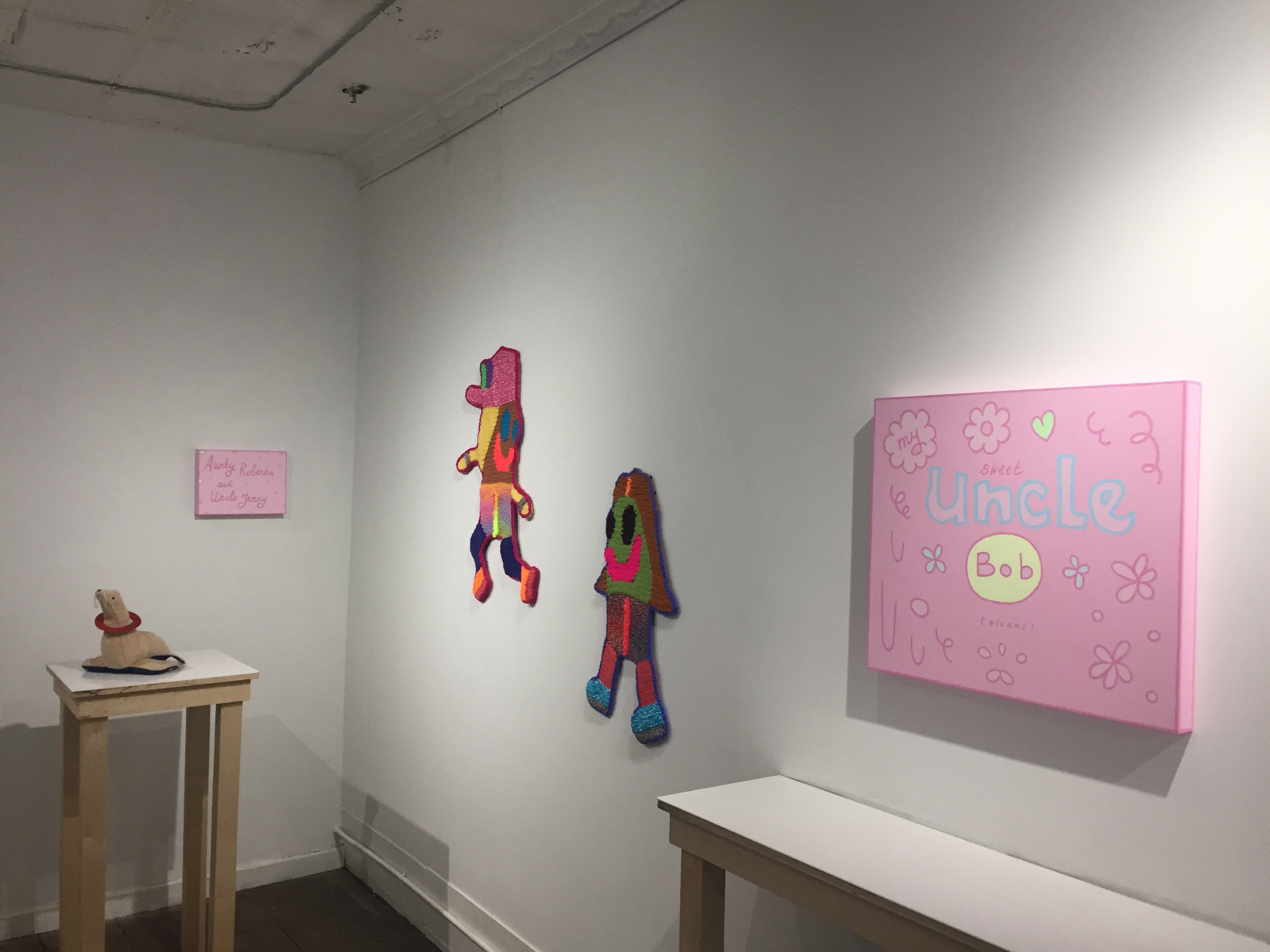 From October 14 until November 27, Lily van der Stokker will be featured in the group exhibition 'A Playful World' at LMAKgallery New York

From October 14 until November 27, Dutch artist Lily van der Stokker will be featured in the group exhibition ‘A Playful World’ at LMAKgallery New York. The group show features the work of Renate Müller, Bruno Munari, Lily van der Stokker, and Caroline Wells Chandler. They reflect upon the mystical world explored in books, toy design, and art that is imbued and inspired by childhood. ‘A Playful World’ strives to embrace the beauty, playful innocence, and ambiguity of childhood. On display will be a wide variation of book pages, and art and design pieces. Contributing to the exhibition, Lily van der Stokker embraces socio-political messages in her pastel paintings and her installations evocative of girls’ craft projects. She renders serious thoughts in a friendly and approachable manner through the subtle and softness of her design. On view will be her brightly colored “Family” paintings with titles and texts such as Aunty Roberta, Uncle Jerry or “My Little brother Olivier (Mosset)”.

Lily van der Stokker (1954) lives and works between Amsterdam and New York City. Van der Stokker earned a degree in drawing and textiles and a second degree in monumental design and painting from the Academy of Art and Design in Breda. Her work has been presented in numerous group exhibitions at international venues, such as the San Francisco Museum of Modern Art and the South London Gallery.