Jaap Scholten studied Industrial Design at the Technical University in Delft, Graphic Design at the Willem de Kooning Academy of Arts in Rotterdam (BA), and Social Anthropology at the Central European University in Budapest (MA). He has published seven books: collections of short stories and three novels. His novel, De wet van Spengler(Atlas Contact, 2008), was chosen “novel of the year” in the Netherlands. His latest book, Kameraad Baron (AtlasContact, 2010) is the winner of the Libris History Prize 2011, and the English edition was published in 2016. In 2011 Scholten created and presented a six-part television series for the VPRO about hidden worlds in Central and Eastern Europe. He has lived in Budapest since 2003. 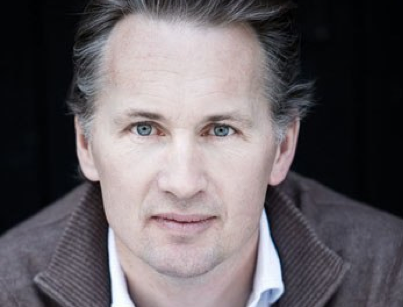 Niña Weijers studied literary theory in Amsterdam and Dublin. She has published short stories, essays and articles in various literary magazines, such as Das Magazin, De Gids and De Revisor. In 2010 she won the writing competition Write Now!. She is a regular contributor to the weekly magazine De Groene Amsterdammer, and an editor of De Gids. Her debut novel The Consequences (De consequenties) won the Anton Wachter Prize 2014 for best first novel, the Opzij Feminist Literature Prize, the Lucy B. & C.W. van der Hoogt Prize, and was shortlisted for the Libris Prize and the Golden Boekenuil, the two most important Dutch and Flemish literary awards. Dopplehouse Press released the English-language edition this year.

Litquake, San Francisco’s annual literary festival, was founded by Bay Area writers in order to put on a week-long literary spectacle for book lovers, complete with cutting-edge panels, unique cross-media events, and hundreds of readings. Since its founding in 1999, the festival has presented close to 8000 author appearances for an audience of over 165,000 in its lively and inclusive celebration of San Francisco’s thriving contemporary literary scene. Litquake seeks to foster interest in literature, perpetuate a sense of literary community, and provide a vibrant forum for Bay Area writing as a complement to the city’s music, film, and cultural festivals.