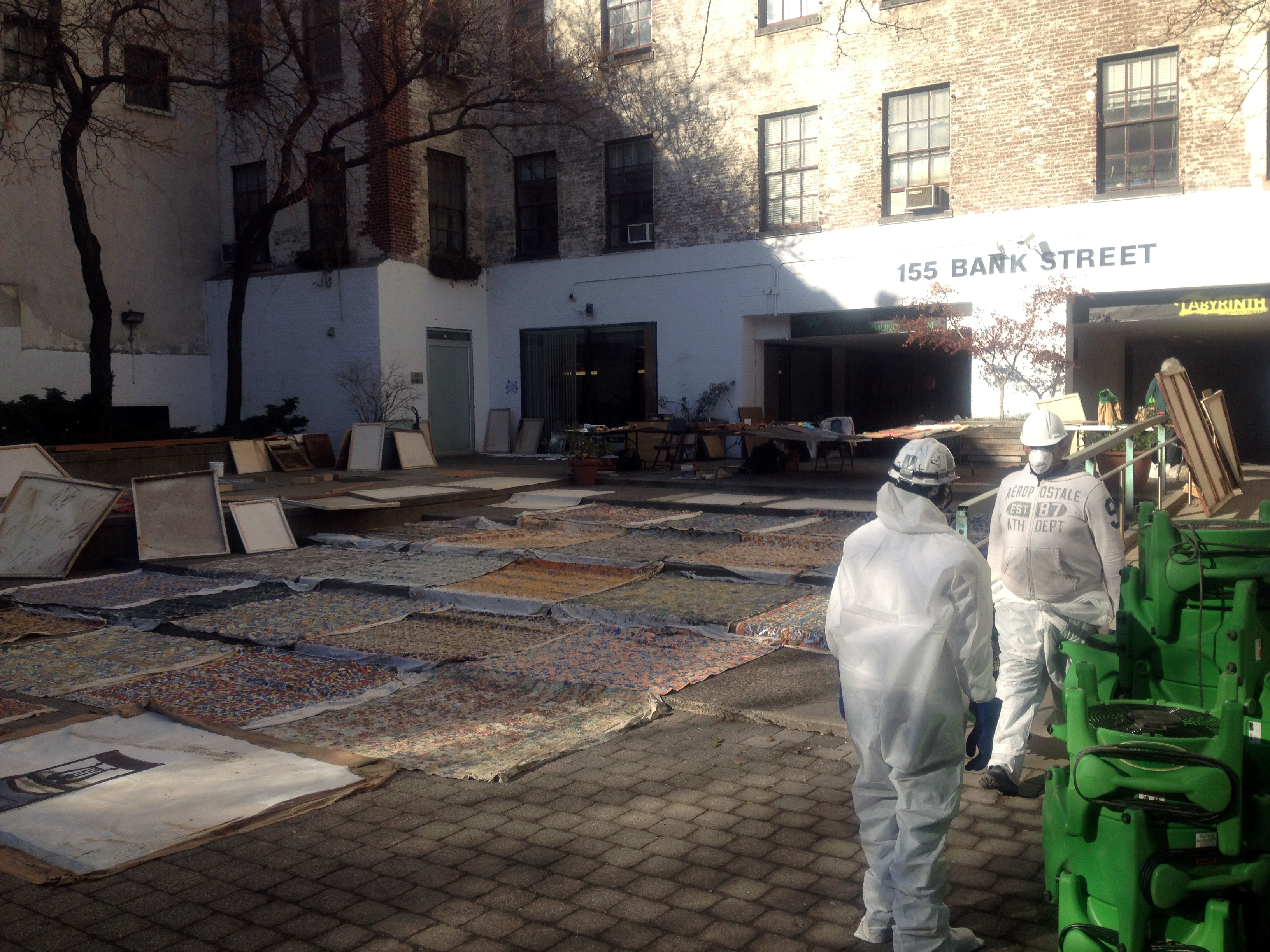 'LOST & FOUND' is a new play by international theater director and writer Paul Binnerts. The on-site traveling performance will be performed from October 24 - 27 and November 7-9 in the Gallery at Westbeth New York.

‘LOST & FOUND’ is a new play by international theater director and writer Paul Binnerts. The on-site traveling performance will be performed from October 24 – 27 and November 7-9 in the Gallery at Westbeth New York.

Paul Binnerts: “I wrote LOST & FOUND as a present for my wife Nancy Gabor, who broke her knee two months after Sandy hit New York. We live in Westbeth, the artists’ community on the Hudson, and Sandy made us realize we do not live in splendid isolation, but we shared our Sandy misery with the greater community of New York. Two weeks without basic services of heat, water or electricity, brought us together: neighbors helped each other, volunteers came to the rescue and building staff became faces with names. When the lights came back, the water was flowing and the heat was functioning again, our attention turned to the damage. We saw the ruined artwork coming up from the basement and the devastation it caused for the affected artists who lost their work, and in some cases, their identity. Their silent despair, and their courage to pick up the pieces, inspired me to write this play. LOST & FOUND is dedicated to them.”

Paul Binnerts is an international theater director, acting teacher, and writer. His performances have played at festivals in Holland, UK, Germany, Austria, Switzerland, Belgium, Japan and the US. Two performances were televised nationwide in Holland and Germany: Fear and Misery in the Third Reich, KRO-tv, 1983; and Flametti, Hessische Rundfunk/ARD. 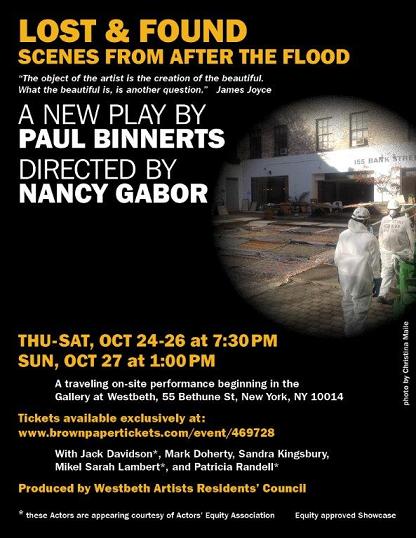