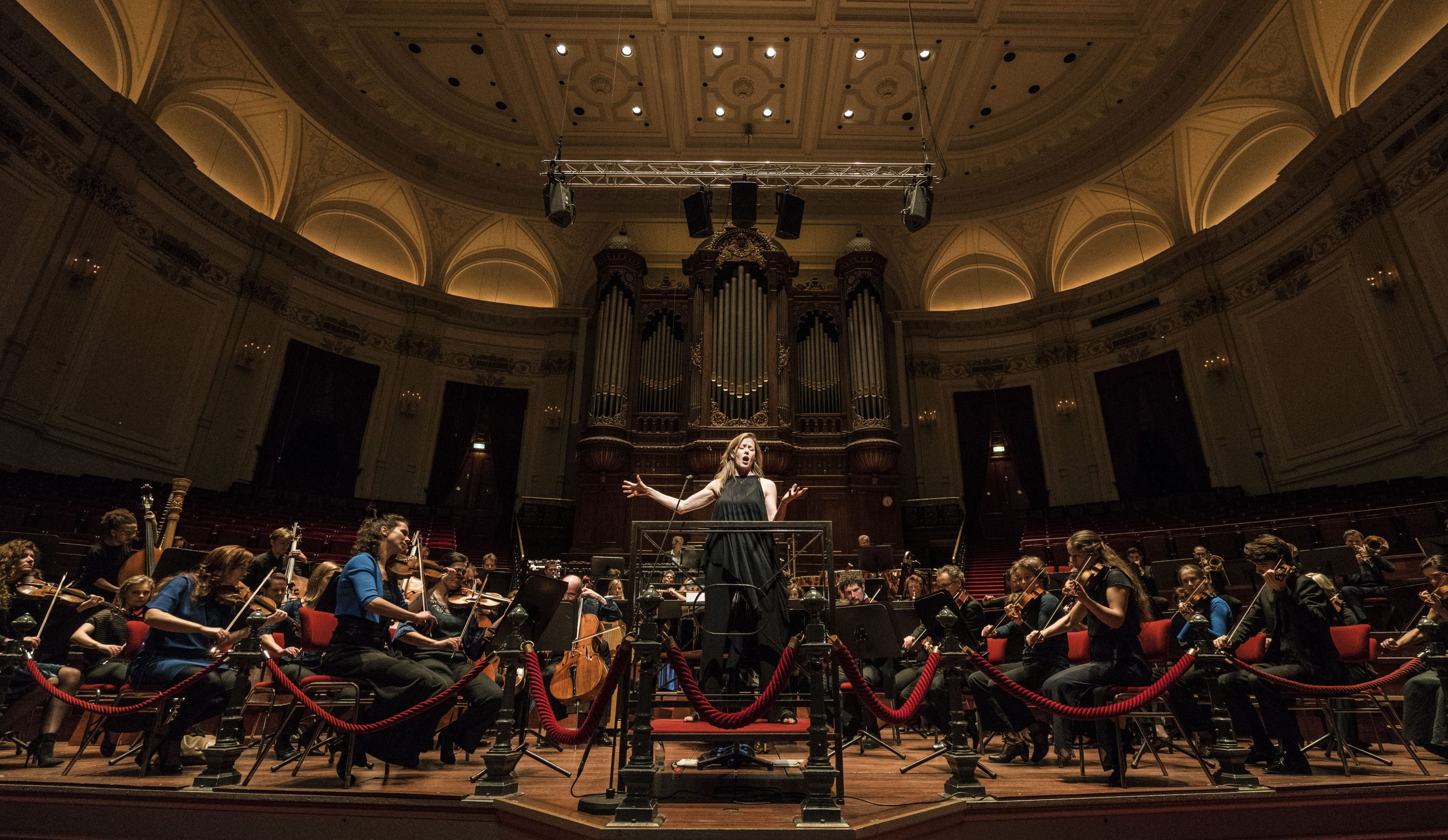 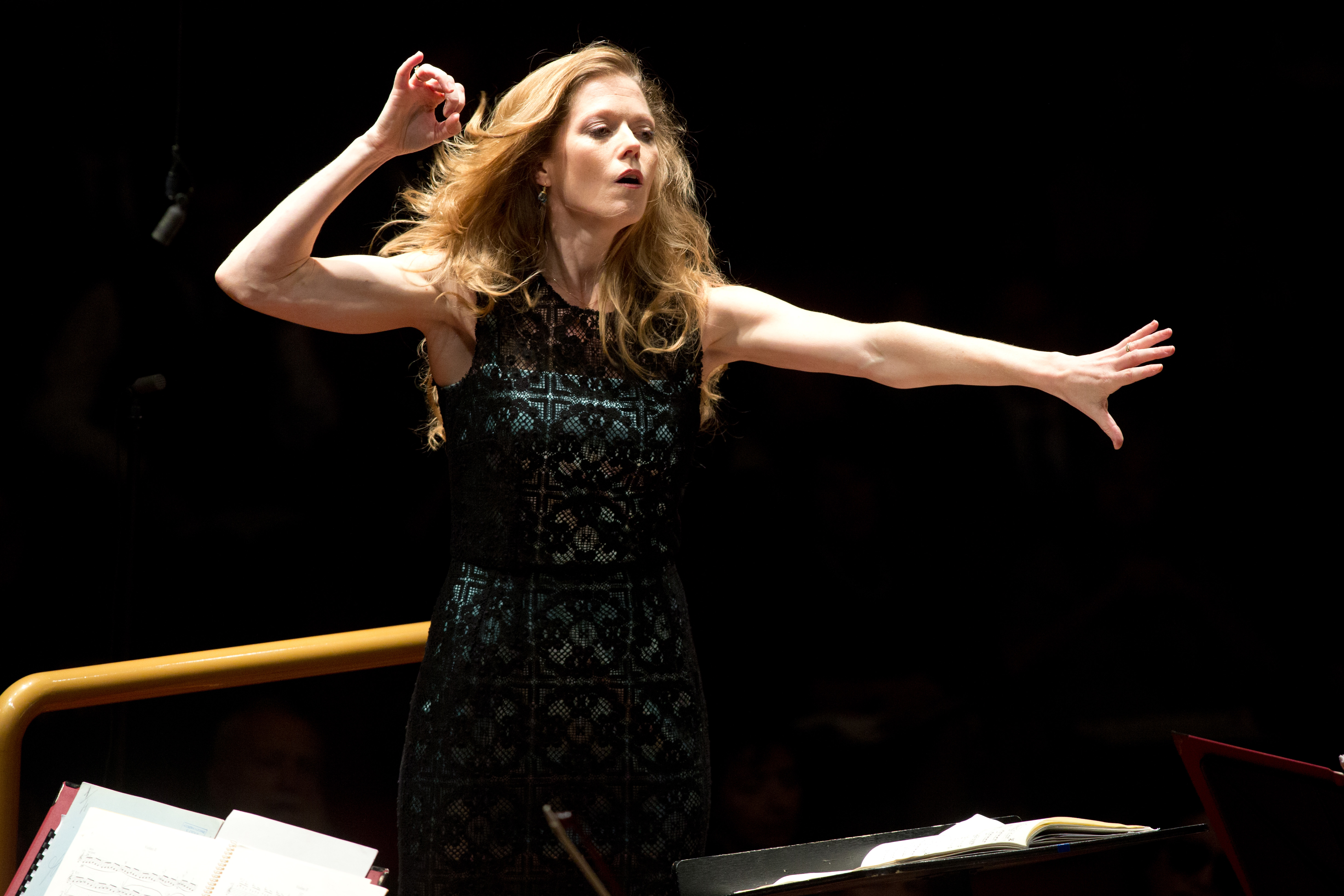 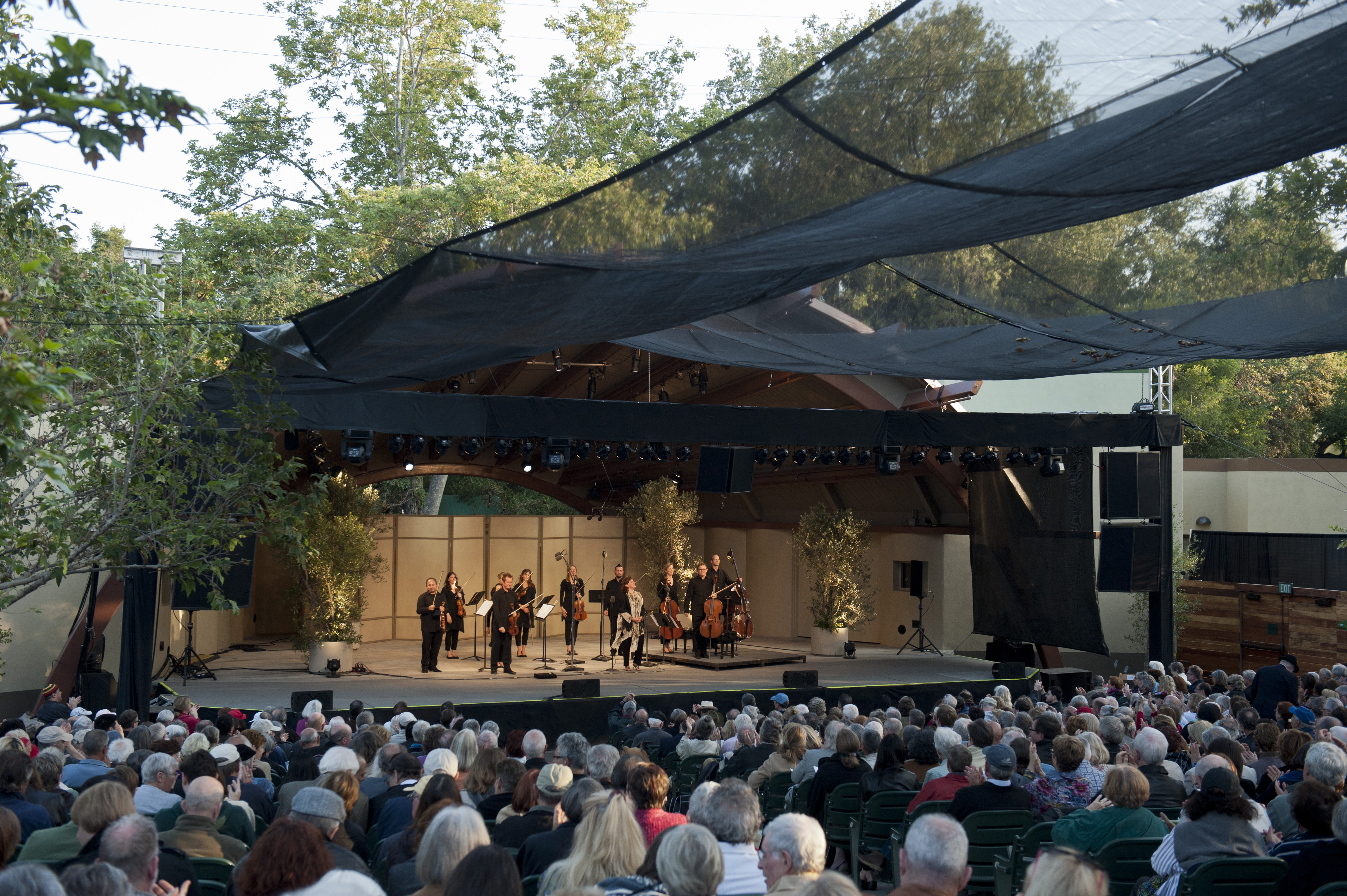 The 73rd Ojai Music Festival in California, June 6-9, is on the horizon welcoming Music Director Barbara Hannigan and her artistic collaborators – LUDWIG, Equilibrium Singers, JACK Quartet, Steven Schick, and others to the beautiful Ojai Valley, curating a fully-staged production of Stravinsky’s The Rake’s Progress, delving into the musical variations of John Zorn, while highlighting works of Rachmaninoff, Grisey, Schoenberg, and Knussen and ending with a grand Sunday finale – Gershwin’s Girl Crazy Suite!

The festival celebrates and explores the creative breadth of Music Director Barbara Hannigan, as conductor, singer, and mentor. LUDWIG, the celebrated collective from Amsterdam, with whom Ms. Hannigan works closely and collaborated with on the recent Grammy and Juno award-winning album Crazy Girl Crazy (Alpha Classics), makes its Ojai and US debut with the 2019 Festival. 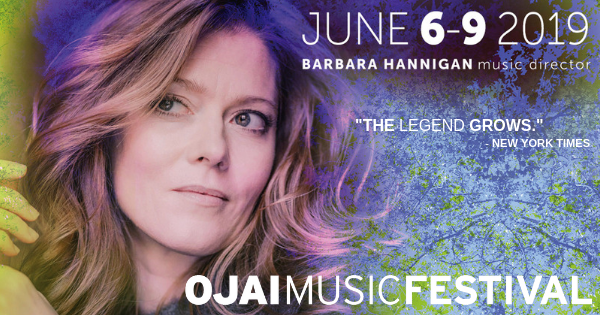 "LUDWIG and I have been working together since 2012, and many of the players are colleagues of mine for almost 20 years. They, with EQ, are at the heart of this year’s programming, and the spirit of the LUDWIG collective and the EQ initiative will join forces with this year’s other guest artists in what I expect will be an electric union." Barbara Hannigan in an interview with the San Francisco Classical Voice (05/30/2019)

LUDWIG & a variety of other musicians

LUDWIG & a variety of other musicians
Conductor: Steven Schick

Conductor/Soprano: Barbara Hannigan
and a variety of other soloists 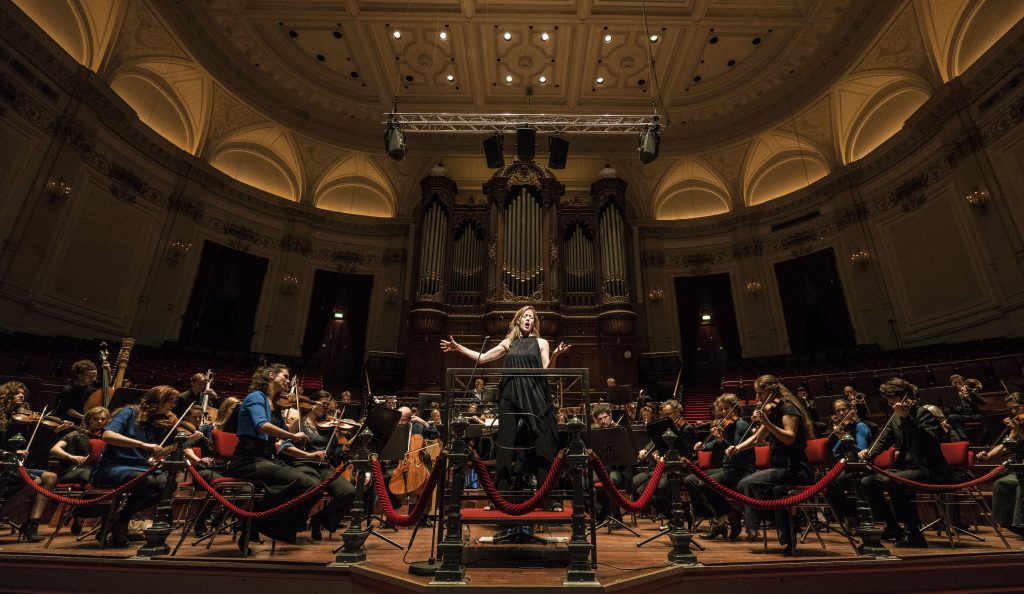 In 2012, six Dutch orchestral musicians defied prevailing trends and created a new musical collective. They wanted an ensemble which would distinguish itself not only artistically but in its range and flexibility. LUDWIG – the name of course refers to the cultural entrepreneur in classical music – varies in size from a single soloist to full-scale symphonic orchestra. Their dream became reality: in no time at all the collective, with its fearless elan and contemporary vision for established repertoire, shot to prominence in the Netherlands.

LUDWIG’s programming is as thoroughly thought out as it is adventurous. Artistic director Peppie Wiersma effortlessly brings together composers from different time periods, styles, and backgrounds. The musicians perform the greatest music to the highest possible standard but free from the organizational and management norms of conventional ensembles and orchestras. And distinctive it certainly is: the musicians often interact directly with their audience, play from memory, experiment with different forms of presentation, collaborate with makers in other disciplines and have staged a number of legendary appearances with leading soloists such as Barbara Hannigan, the Jussen brothers, and Remy van Kesteren.

In July 2015 LUDWIG received a grant from the prestigious governmental funding program The Art of Impact for their pioneering research project LUDWIG and the Brain, exploring the impact of music. In LUDWIG and the Brain, LUDWIG develops innovative implementations for music that have a positive effect on the wellbeing and education of specific target groups in cooperation with leading scientists. As of 2016, LUDWIG introduced a series of so-called Brainwaves: multidisciplinary events revealing the latest developments in different fields of music-related brain research. Brainwave #1 Music and Identity toured the Netherlands in 2016, in 2017 Music as Medicine was presented and in 2018 Music and the Future researches the transition into the new era of infinite possibilities that digitalization has created.

In September 2017 LUDWIG and conductor/singer Barbara Hannigan recorded their first cd Crazy Girl Crazy, which was awarded a Grammy in January 2018. In 2019 Barbara and LUDWIG will tour Europe and the United States with Stravinsky’s Rake’s Progress.

About the Ojai Music Festival

From its founding in 1947, the Ojai Music Festival has created a place for groundbreaking musical experiences, bringing together innovative artists and curious audiences in an intimate, idyllic setting 80 miles northwest of Los Angeles. The Festival presents broad-ranging programs in unusual ways with an eclectic mix of rarely performed music, refreshing juxtapositions of musical styles, and works by today’s composers. The four-day festival is an immersive experience with concerts, free community events, symposia, and gatherings. Considered a highlight of the international music summer season, Ojai has remained a leader in the classical music landscape for seven decades.

As the Ojai Music Festival approaches its 75th anniversary and looks toward the future, Thomas W. Morris concludes his remarkable 16-year tenure as Artistic Director following the 73rd Festival in 2019. With the appointment of Chad Smith as the next Artistic Director, Ojai’s artistic momentum is clearly poised to continue. Mr. Smith will succeed Mr. Morris as Artistic Director with the 2020 Festival (June 11-14).