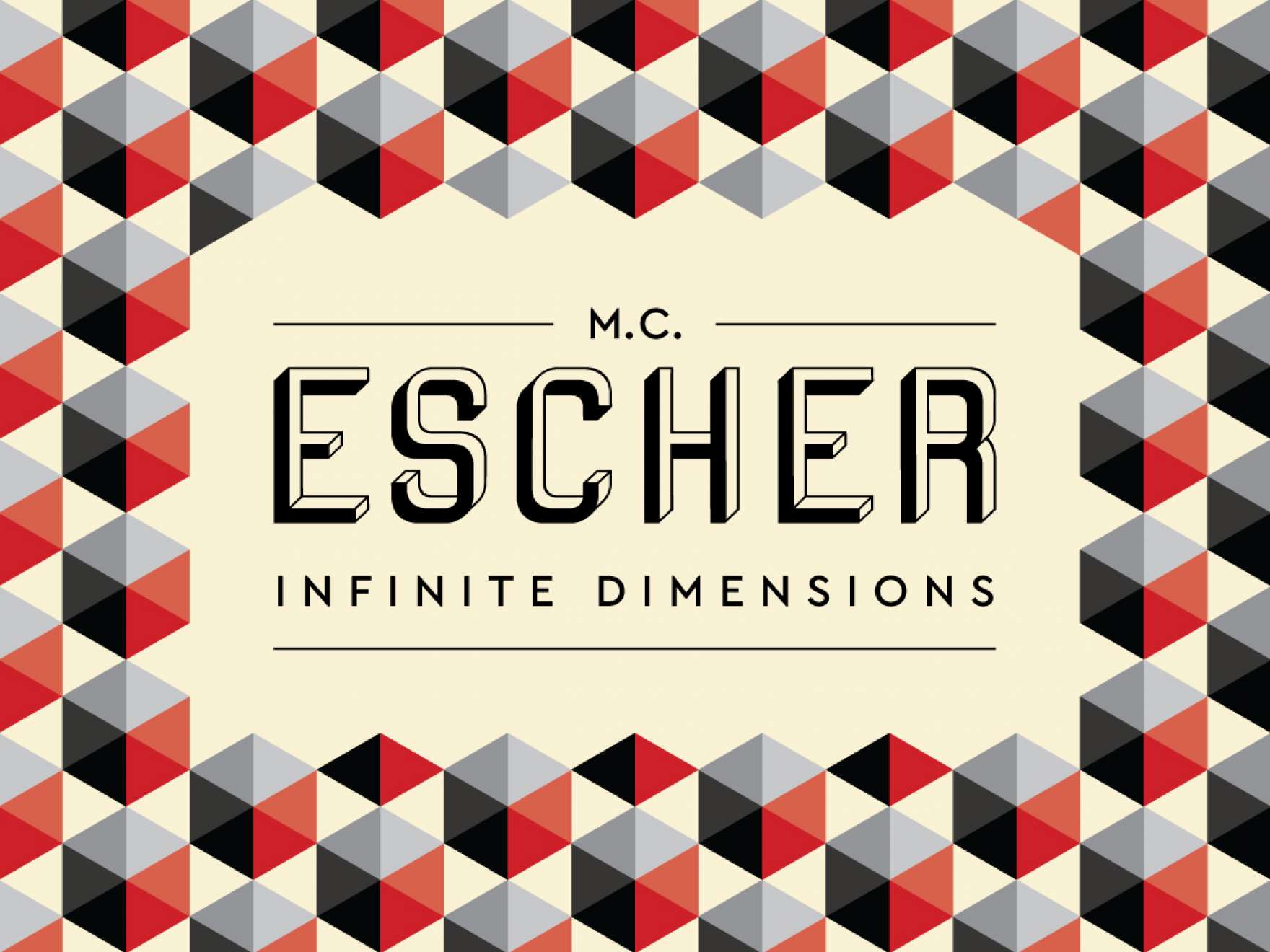 From Feb 3 - May 24, 50 prints and drawings of Escher are highlighted in an unique exhibition at MFA Boston

From February 3rd through May 28th, the exhibition “M. C. Escher: Infinite Dimensions” will be on view at the Museum of Fine Arts, Boston. 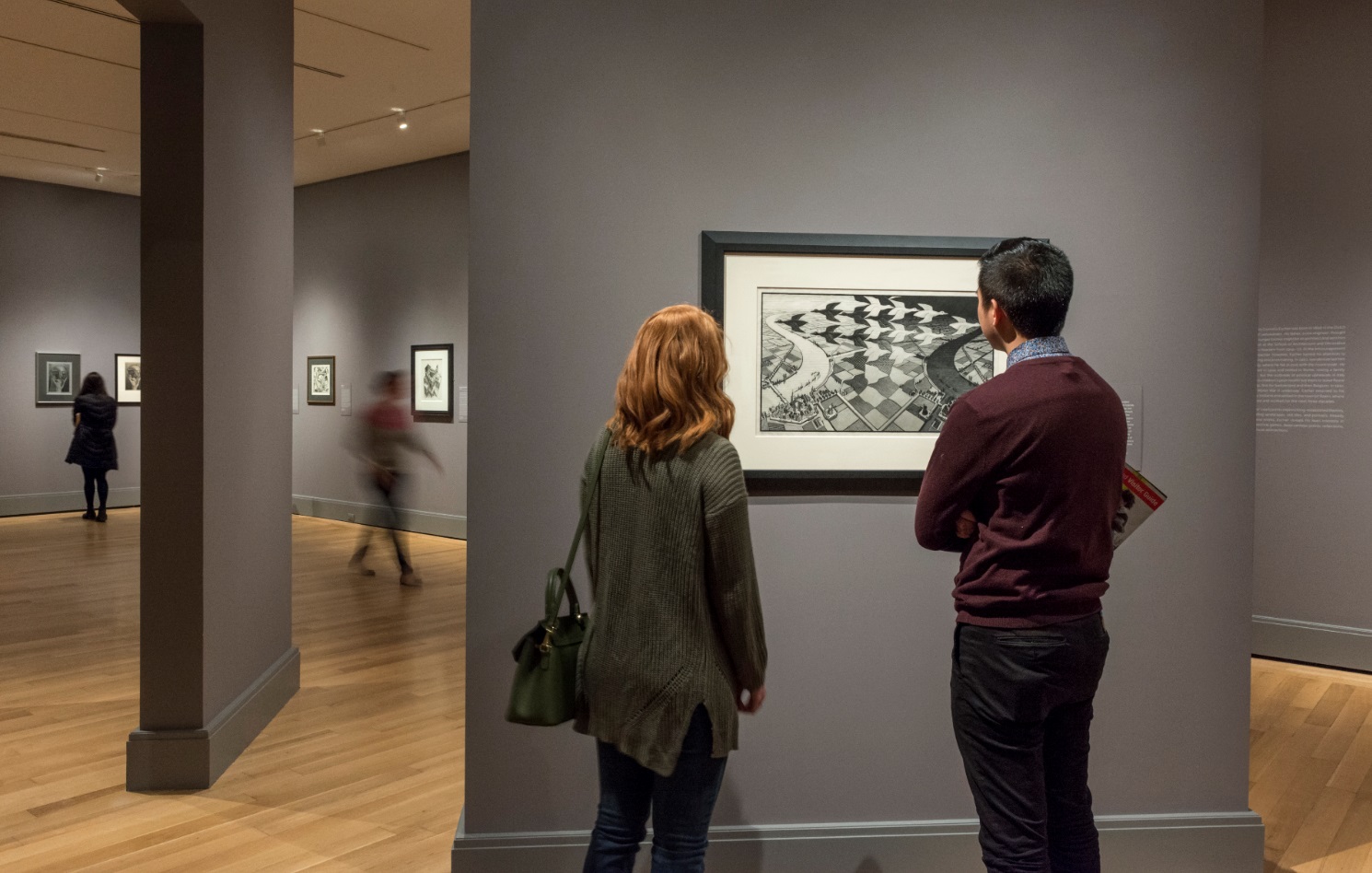 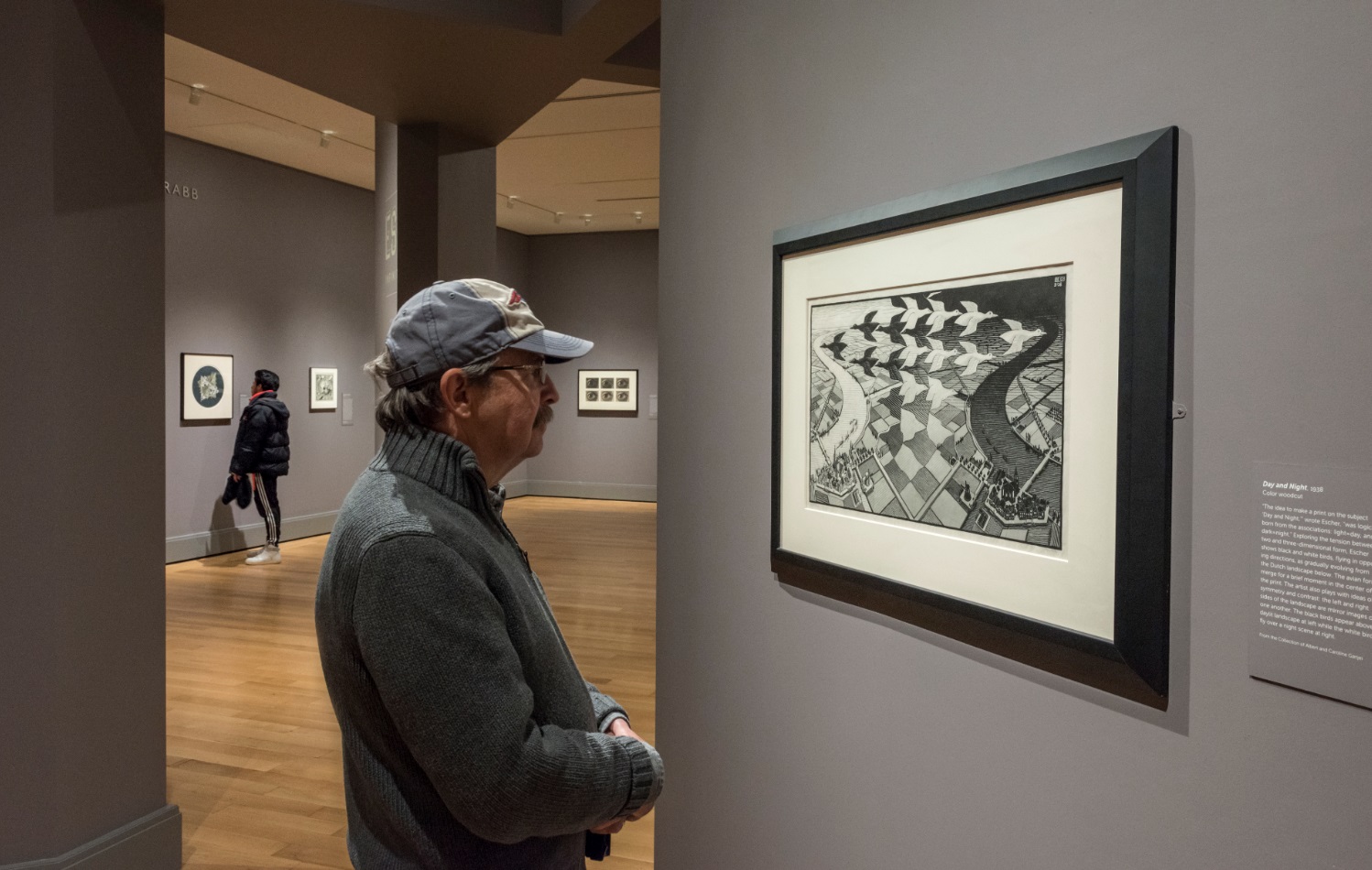 The Museum of Fine Arts, Boston (MFA), presents the first exhibition of original prints and drawings in Boston by M. C. Escher (1898–1972), bringing together 50 works from public and private collections that highlight the artist’s rich imagination and mesmerizing technical ability. Opening February 3 and on view through May 28, 2018, M. C. Escher: Infinite Dimensions investigates some of the themes that define Escher’s work, including tessellations (arrangements of repeated shapes that fit together with no gaps), perspective and perception conundrums, sphere and water reflections, and transformations. Presented with support from Alexander M. Levine and Dr. Rosemarie D. Bria-Levine and the Netherland-America Foundation.

“From dorm-room posters to book jackets, the intricate puzzles and interlocking forms of M. C. Escher have teased and delighted millions of people around the world,” said Ronni Baer, William and Ann Elfers Senior Curator of Paintings. “Escher’s prints are at once serious and playful, drawing on mathematical principles to construct illogical spaces that mystify the eye and delight the mind. He pushed his own vision to the edges of infinity and beyond.”

To illustrate the far-reaching relevance of Escher’s creative vision, the MFA has invited a number of experts in fields ranging from design to aerospace to select a print in the exhibition and describe in an object label what speaks to them about that particular work. They include:

Among the exhibition highlights are: the 13-foot-long Metamorphosis II (1939-40), a monumental exploration of the fluidity of time and space in which a chessboard, hive of bees, rustic village and other elements merge into a continuous woodcut printed from 20 blocks; Drawing Hands (1948), which plays with the conflict between the flat and the spatial; and Ascending and Descending (1960), a special type of optical illusion. Also on view are two Escher works from the MFA’s collection: a lithograph, Contrast (Order and Chaos) (1950); and a book of emblems with woodcut illustrations, XXIV Emblemata, dat zijn Zinne-beelden (1932).

Two upcoming programs extend the Escher experience beyond the galleries. On Thursday, March 1, the MFA hosts “M. C. Escher: Reflection and Perspective,” an evening of inspired conversation with four of the contributors—Erik Demaine, Barbara Lynch, Lloyd Schwartz and James Stroud—moderated by Baer. Each speaker will discuss how Escher has influenced and challenged them; the presentation will be followed by a brief Q&A. On Thursday, April 5, Baer presents, “Why So Popular? The Appeal of M. C. Escher,” a lecture that explores the artist’s varied work and vision.

Maurits Cornelis Escher (1898-1972) is one of the world’s most famous graphic artists. His art is enjoyed by millions of people all over the world, as can be seen on the manyweb sites on the internet. He is most famous for his so-called impossible constructions, such as Ascending and Descending, Relativity, his Transformation Prints, such as Metamorphosis I, Metamorphosis II and Metamorphosis III, Sky & Water I or Reptiles. But he also made some wonderful, more realistic work during the time he lived and traveled in Italy.

Castrovalva for example, where one already can see Escher’s fascination for high and low, close by and far away. The lithograph Atrani, a small town on the Amalfi Coast was made in 1931, but comes back for example, in his masterpiece Metamorphosis I and II. M.C. Escher, during his lifetime, made 448 lithographs, woodcuts and wood engravings and over 2000 drawings and sketches. Like some of his famous predecessors, – Michelangelo, Leonardo da Vinci, Dürer and Holbein-, M.C. Escher was left-handed.