The exhibition’s title, “Gradient,” refers to many aspects of the exhibition; the palettes’ tones and shades, the scale of works from small to large, and the atmosphere of the works on exhibition in addition to referring to a musical scoring. In 2015, Schoorel was awarded the residency at The American Academy in Rome, where she made the paintings on view. As usual in her practice, Schoorel employed photographs of her day-to-day experience to compose the exhibition’s body of work. 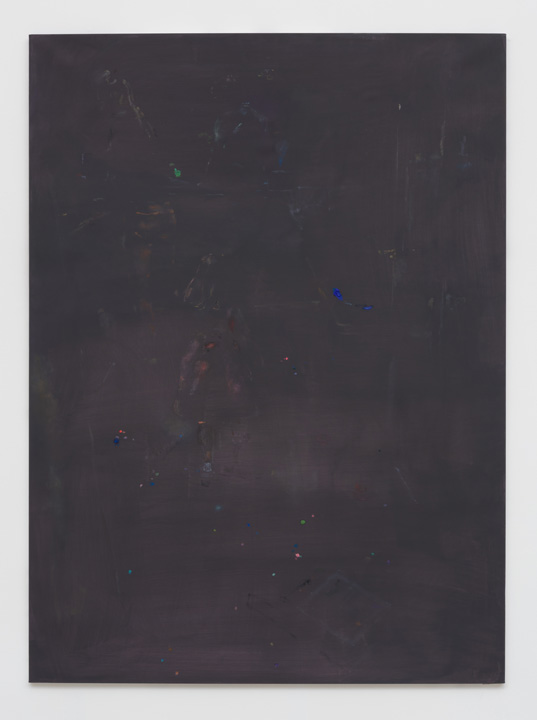 Maaike Schoorel is internationally known and admired for her atmospheric paintings which utilize scientific and phenomenological principals of perception. The Amsterdam-based painter has studied the writings of neuroscientists V.S. Ramachandran and Erik Scherder and included their research into building her contemplative painting project. Her paintings incorporate scenes from her intimate life in relationship to the historical precedents of still life, portraiture and landscape.

Schoorel began the “Gradient” project with the intention of specifically building the exhibition from small to large and white to black, day to night. Schoorel’s paintings are time-based, and the viewer’s visual commitment is necessary to complete the incantation. Her precise, layered compositions are carefully built and require time for the eye and brain to acclimate and reveal the compositions, which slowly emerge from the surface.

The artist never describes forms in full, but instead extracts essential visual qualities and lays in vital additions imbued with movement and physicality. Schoorel has said of her work “ …it’s not about the emulation of something” … “the image is just a reference point.”

Founded in Santa Monica in 1994, Marc Foxx is now a contemporary art gallery on Wilshire Boulevard in Los Angeles.