From March 2 until April 30, Dutch artist Maarten Baas has a solo exhibition at the Carpenters Workshop Gallery in New York.

From March 2 until April 30, Dutch artist Maarten Baas has a solo exhibition at the Carpenters Workshop Gallery in New York. 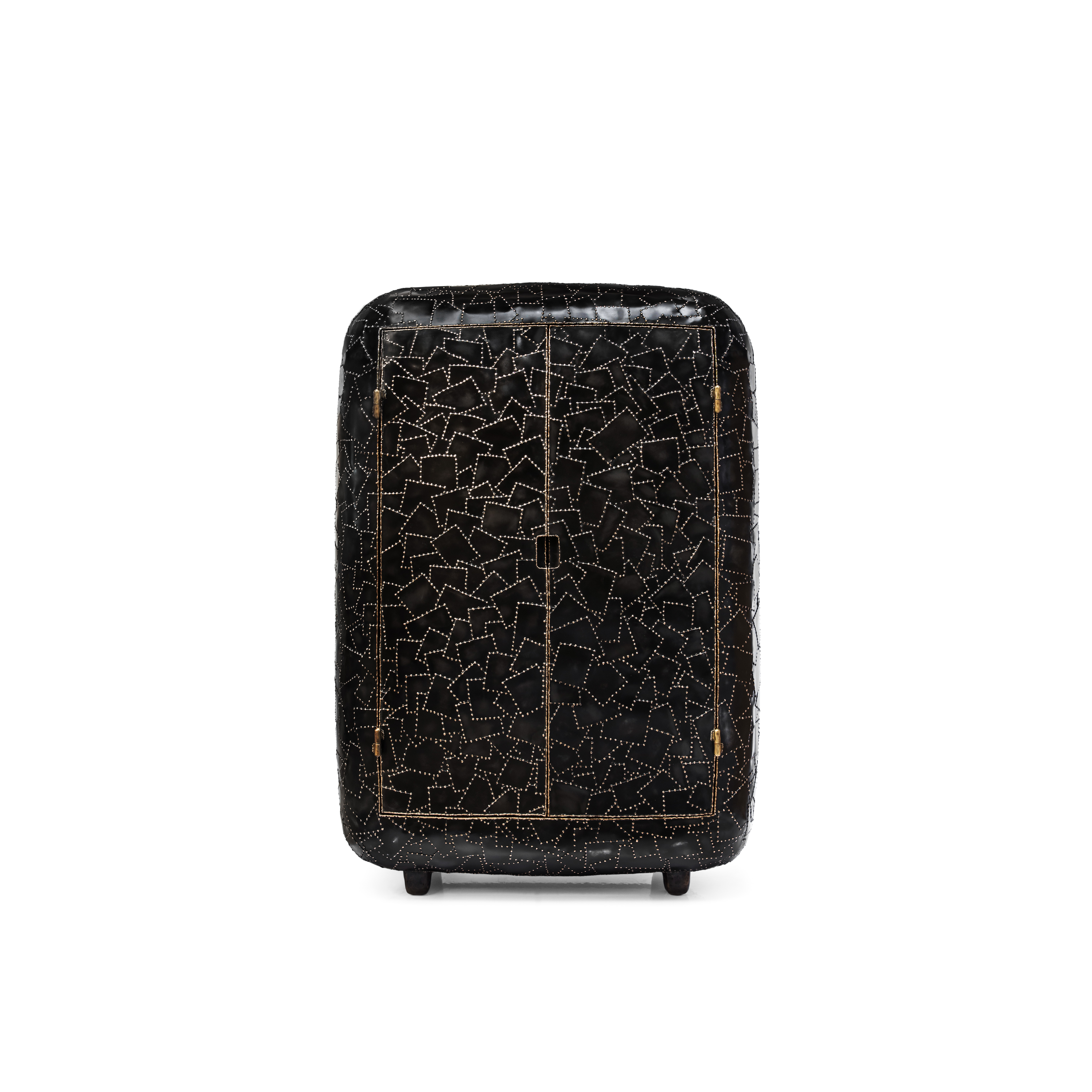 Maarten Baas’ new collection “Carapace” reflects the idea of the protective in harmony with the beautiful. Carapace is a scientific term for a protective, decorative, or camouflaging shell found on the back of animals such as beetles and turtles. This ‘hard skin’ to protect a soft body was a key inspiration for Baas’ newest series. Admiration for the design of 1950s refrigerators led Baas to study curved, organic forms found in nature. For “Carapace,” Baas has designed a series of furniture encompassed by a patchwork of bronze plating, dot-welded, piece-by-piece, to form the ‘skin’ of these pieces of furniture, acting as a protective shield similar to a turtle’s shell.

Baas says about these new works: “I feel it’s important to have a hard layer under which something good and fruitful can bloom up. The works explore the feeling of vulnerability up against the desire for development in the environment.”

The exhibition will also be the occasion to unveil the latest addition to the reknown ‘Real Time’ series: ‘Self Portrait Clock’, of which Maarten Baas says: “for the first time I’ve been the ‘actor’ myself, for a continuous 12 hours of filming. I wanted to inject my own activities, my own personality and manner, different than the previous clocks. So, I’m eating, drinking, wearing a hat, taking it off… Like that I fill a full day of hard work captured inside the clock.” According to Maarten Baas, designers are in a way ‘entertainers’ who make a show for the world, therefore he considers a theatre would be representative for his ‘Self Portrait’. The design of the housing of the clock is based on a traditional puppet theatre, in bronze and brass. It has a separate facade, with an apparent simple-looking cabin, made of shelves, in which the ‘actor’ is playing his role. The audience sees only the bit that the actor wants them to see, and the show is actually the passage of time in this case.

A graduate of the prestigious Design Academy Eindhoven, Maarten Baas launched himself onto the design scene with his “Smoke Chair,” created by singeing a second-hand piece of furniture with a blowtorch. This critically acclaimed pieced gained the designer international recognition as it was further developed into a hugely successful collection titled “Where There’s Smoke.” This first series jumpstarted Baas’ career in the design industry. With each succeeding collection, Baas pushes the boundaries of functional sculpture to its limit, transcending the borders of art and design. 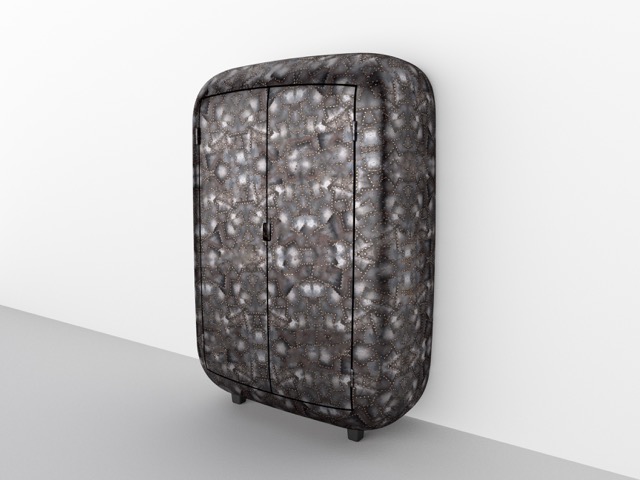 Carpenters Workshop Gallery produces and exhibits functional sculptures by international rising and established artists and designers going outside their traditional territories of expression. The gallery is actively involved in the research and production of the limited edition works exhibited.