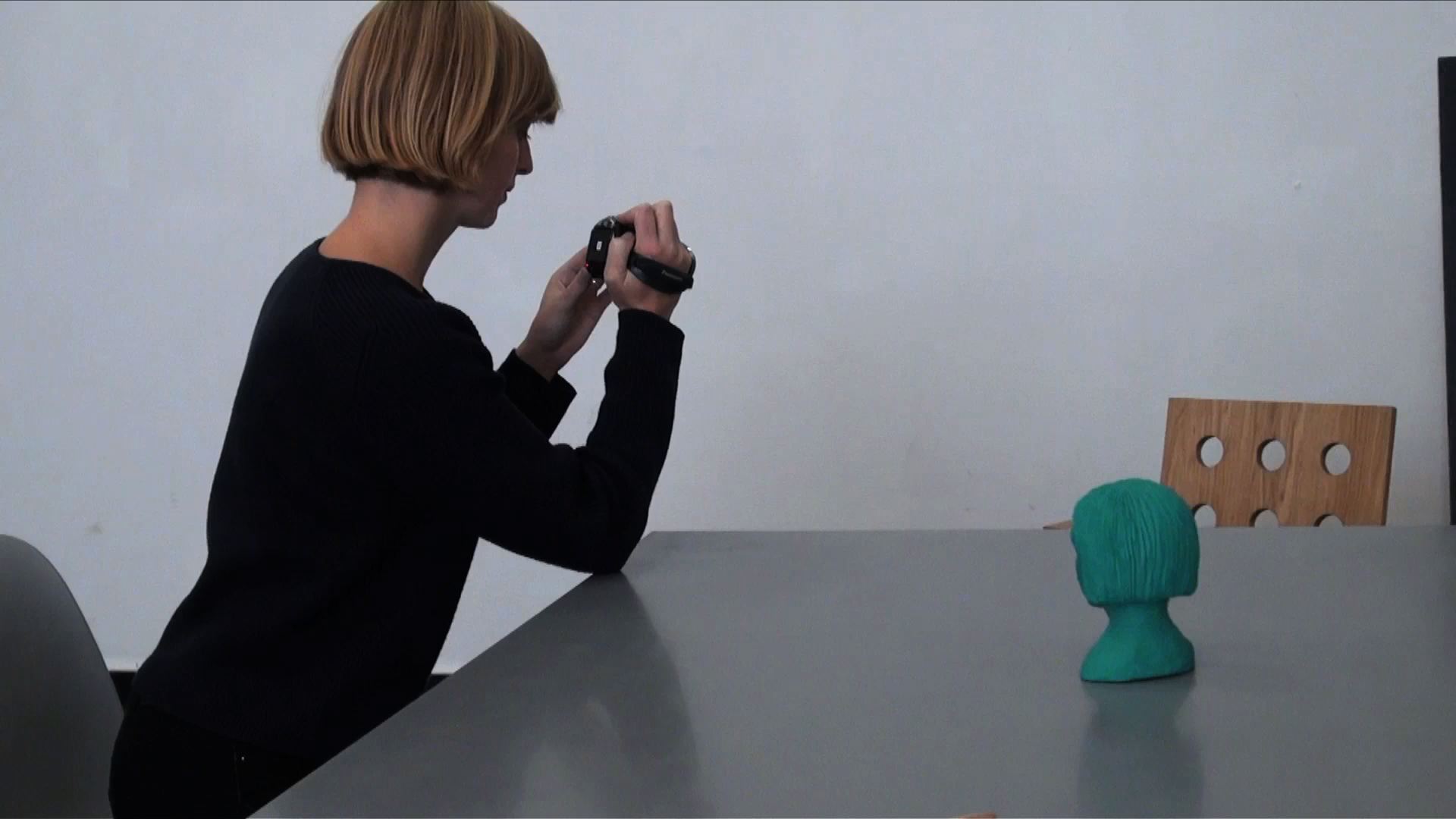 From December 13, 2013 until January 25, 2014 Aspect/Ratio is pleased to present “The Dutch Don’t Dance”, an exhibition with video work by Maria Pask and Hedwig Houben who both live and work in the Netherlands and will have their first show in Chicago. Curated by Kirsten Leenaars and Jeroen Nelemans. Opening reception: Friday, December 13, 2013, 5-9pm.

The work presented in the show “The Dutch Don’t Dance” counters a Calvinistic way of thinking, pushing the paradoxical doctrine: don’t stand out; acting normal is already quite crazy enough. Dutch social interactions often revolve around a gathering consensus on the definition of a given situation or opinion. ‘Standing out’, or disruptions tend to be avoided. Artists Maria Pask and Hedwig Houben throw the nature of these social situations and cultural conventions into doubt. Both artists place interruptions into the everyday and anticipate its potential for absurdity, between the established relationships between artists and their works, and between the performer and the audience and what is expected. Various forms of performance, theater, and documentary strategies make up the threads that run through the work of both artists. Each working with a keen and somewhat dry sense of humor.

The work of Hedwig Houben (born, Boxtel (NL), 1983) can perhaps best be defined as linguistic performance, in which she maps out the artistic process and questions her own position as an artist. In her work Houben unravels – both on a personal and an art historical level – the creative process and search for meaning in the production of art: the autonomy of the artwork, artistic presentation, authenticity, values and the real, slowly unfold in a confusing and at times ridiculous word game. She has performed and exhibited internationally at, among others, La Loge, Brussels (BE), De Vleeshal, Middelburg (NL), Eugene Beaudouin space, Paris (FR), CentrePasquArt, Bienne (CH), John Hansard Gallery, Southampton (EN), Witte de With, Rotterdam (NL). She is represented by Fons Welters Galerie, Amsterdam.