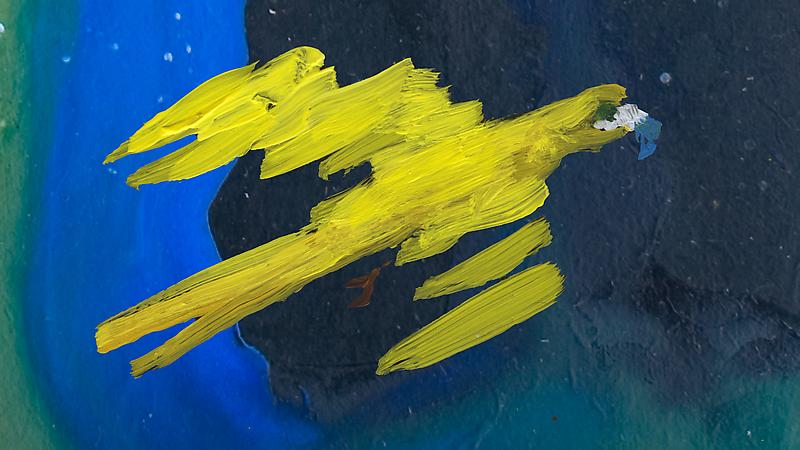 As part of the first edition of Silicon Valley Contemporary, Marianne Boesky Gallery will present Bird (2011), an example of Dutch artist Jacco Olivier‘s hybrid painting-videos from April 10-13, 2014. Originally presented on a monitor suspended from a tree as part of the artist’s 2012 exhibition in Madison Square Park, New York, this work depicts a variety of birds in flight. With each flap of their wings, the birds’ brightly painted feathers transmute through the spectrum underscoring the presence of the artist’s hand.

Jacco Olivier was born in the Netherlands in 1972. He lives and works in Amsterdam. He graduated from the Hogeschool voor Kunst en Vormgeving (Den Bosch, NL) in 1996, attending Rijksakademie van beeldende kunsten (Amsterdam) from 1997 – 1998. In 2012, he participated in Artpace’s Artist-In-Residency program in San Antonio. He has exhibited throughout the US and Europe, with solo exhibitions in New York, Amsterdam, Berlin, London, Madrid and Seoul. Olivier’s work was the subject of a solo exhibition at the Center for the Arts at Virginia Tech (Blacksburg, VA), in January 2014. His work is currently on view in a solo exhibition at GEM (The Hague) through May 5, 2014.