In June, Miss Behave will perform and present her 'diary of a forgotten actress'

In June, Marja Samson performs as her alter ego ‘Miss Behave’ and present her ‘diary of a forgotten actress’, presented by Participant Inc.

Marja has been entertaining for many years, small or large parties, with unique /exquisite attention to detail:  transforming the evening into a special and memorable event. She is well-known for her underground dinners, located in the East Village. These dinners for friends evolved from an intimate kitchen club to a thriving restaurant. In 1990, The Kitchen Club was a pioneer in Nolita, what was to become the most fashionable neighborhood in NYC. Known for its sumptuous European-Japanese cuisine, The Kitchen Club & Chibi’s Bar became an iconic destination for discerning international dinners and art and fashion royalty such as Lou Reed & Laurie Anderson, Macolm McLaren, Zaha Hadid, Bjork, Catherine Denueve, Inez and Vinoodh, to name a few.

Amsterdam offered a vibrant society of painters, musicians and filmmakers. Like many artists at the time she traveled around Europe, checking in at current art fairs and igniting friendships with likeminded souls for mutual inspiration. One of these friendships brought Marja to the United States, first in 1973 to Los Angeles and later in 1975 for a group show at the Fine Arts Building in NYC. Marja eventually decided to stay in New York City in 1980, starting a whole new chapter…’The Kitchen Club’. 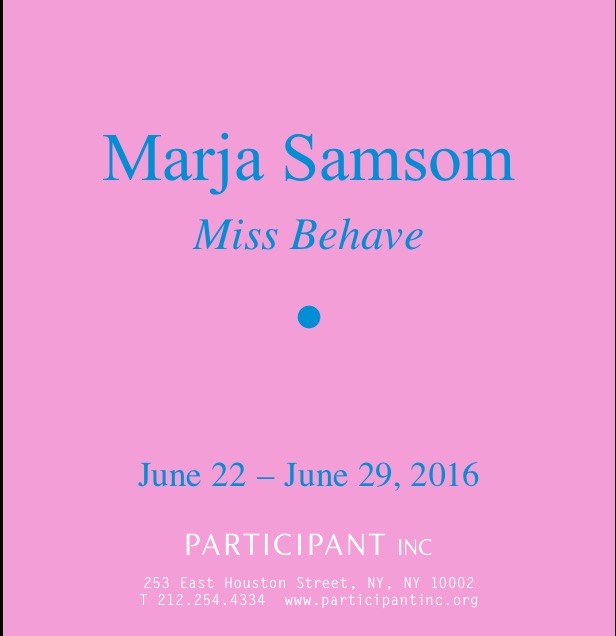 The Kitchen Club started in 1985 as an underground popup dining experience in the East Village serving European/Japanese food. On New Year’s Eve 1990, Marja was proud to officially open as a restaurant on Prince & Mott St., in the former Italian Prince Doughnut Shop (When John Gotti was still a Mulberry street neighbor & Ray’s Original Pizzeria across the street was in its prime!).The KC corner quickly became a meeting place, converging the East’ to the West Side. Beginning business a lil slow, pioneer & Chef Marja had to hire more staff as word got out that something very special and delicious was being cooked up in this not yet ‘NoLita’ location!

In 1997, Marja’s french bulldog, Chibi, turned one year old and decided to open up a bar named after herself: Chibi’s Sake Bar. The bar featured 35 different Sakes and Japanese inspired jazzy little dishes – it became an overnight success. Chibi was often seen dominating her sidewalk on skateboard or casually greeting customers while their food arrived at table. As the Kitchen Club thrived, the neighborhood blossomed – new galleries and boutiques opened, culminating with the arrival of the New Museum in 2008. Rents rose radically, even as the economy went into recession. The Kitchen Club closed on New Year’s Eve 2010, celebrating its 20th anniversary, as Marja launched herself into new ventures.