From October 29 until December 19, Mark Manders has a solo exhibition at the Tanya Bonakdar Gallery in New York.

From October 29 until December 19, Mark Manders has a solo exhibition at the Tanya Bonakdar Gallery in New York.

Born in 1968 in Volkel, the Netherlands, Manders currently lives and works in Ronse, Belgium. For more than two decades, Mark Manders has developed an endless self-portrait in the form of sculpture, still life, and architectural plans. Described by the artist as his ongoing “self-portrait as a building,” Manders’ works present mysterious and evocative tableaux that allow viewers to construct their own narrative conclusions and meanings. Initially inspired by an interest in writing and literature, Manders’ first conception of the self-portrait was more literal, employing language and the written word to describe his own narrative in an autobiography. Moving beyond the limits of language, he later began to explore the architecture of storytelling, focusing on structure, rather than on specific content. This early realization resulted in his first sculptural investigations of form, meaning and narrative, which over the years have developed into a remarkable and continually expanding body of work. 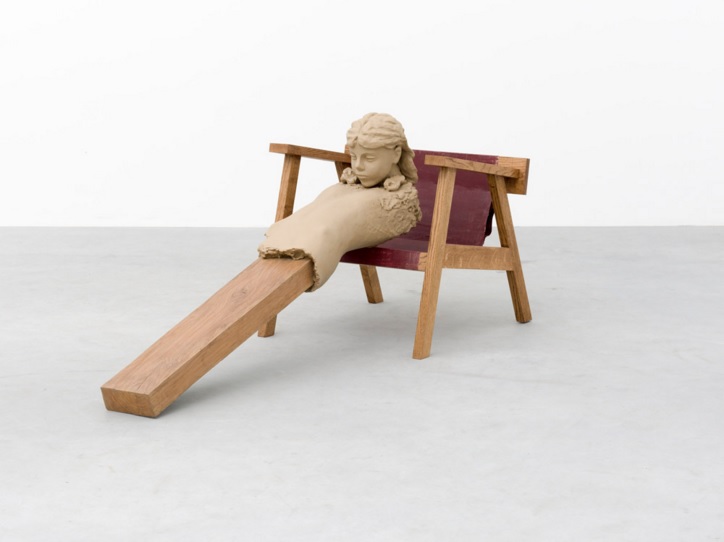