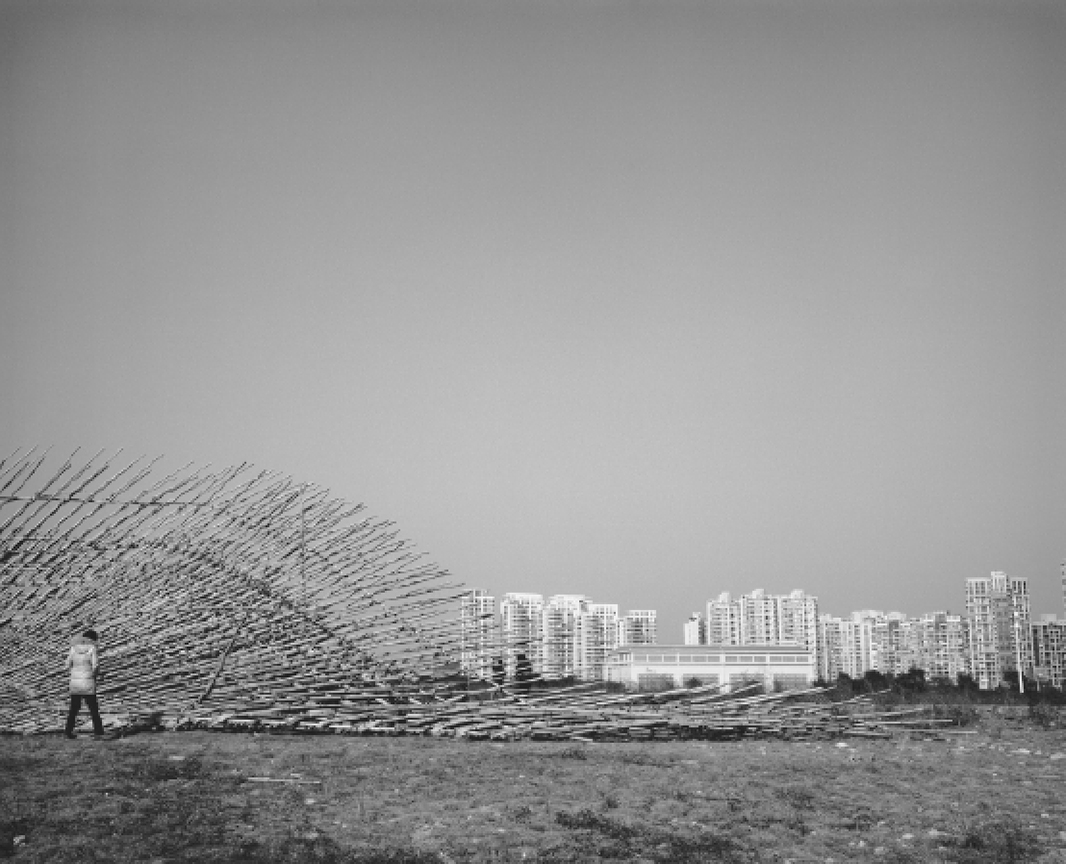 Martine Stig participates in this year’s Aperture‘s annual open-call exhibition titled ‘Black Mirror‘. For this series, Stig went to Tunis, Shenzhen, Geneva/CERN, and Athens to capture the future. The exhibition runs from July 16 to August 13.

For this year’s Summer Open, Aperture’s annual open-call exhibition, photographers were asked to consider the ways in which our current reality might outpace outlandish narratives of science fiction. The title Black Mirror is borrowed from the 2011 British television series of the same name, which imagines a dystopian near future—a Twilight Zone for the age of the smartphone.

Photographs have been described as mirrors throughout the medium’s history. The twenty-four projects here—culled from more than five hundred entries, and representing diverse subjects and photographic approaches—reflect aspects particular to our current moment. Their concerns run the gamut, from how technology increasingly permeates daily life, such as in series that reference big data, Bitcoin, and WikiLeaks; to projects on the opposite end of the spectrum, about off-the-grid communities that have rejected contemporary life. Other submissions engage the misused landscape, utopian architecture, real-estate development, capitalism and magic, cultural dislocation, and the vocabularies of science and science fiction. Some works invoke a more ambiguous feeling of unease.

As today becomes tomorrow and photography increasingly surrounds us, perhaps this medium provides our best gauge of where we are headed.

For this series, Stig went to Tunis, Shenzhen, Geneva/CERN, and Athens to capture the future. She looked for spheres and symmetry in four cities that are in transition–for political, economic, or scientific reasons. While researching sci-fi films, Stig noticed a striking visual resemblance in how the future is portrayed; spheres, symmetry, and triangles abound. Despite new technologies, conventions are evidently required to enable us to speak about our time to come. In a recent lawsuit against Apple, Samsung uses Stanley Kubrick’s film 2001: A Space Odyssey to counter Apples claims. “The IPad is just a copy of props from the scene where astronauts use their personal tablet computer while having lunch.” Apparently Kubrick had already seen the future, and what’s more, there seems to be agreement on the future’s look and presence. By categorizing sci-fi’s tropes and camera positions, Stig learned the grammar of our future’s visual language.