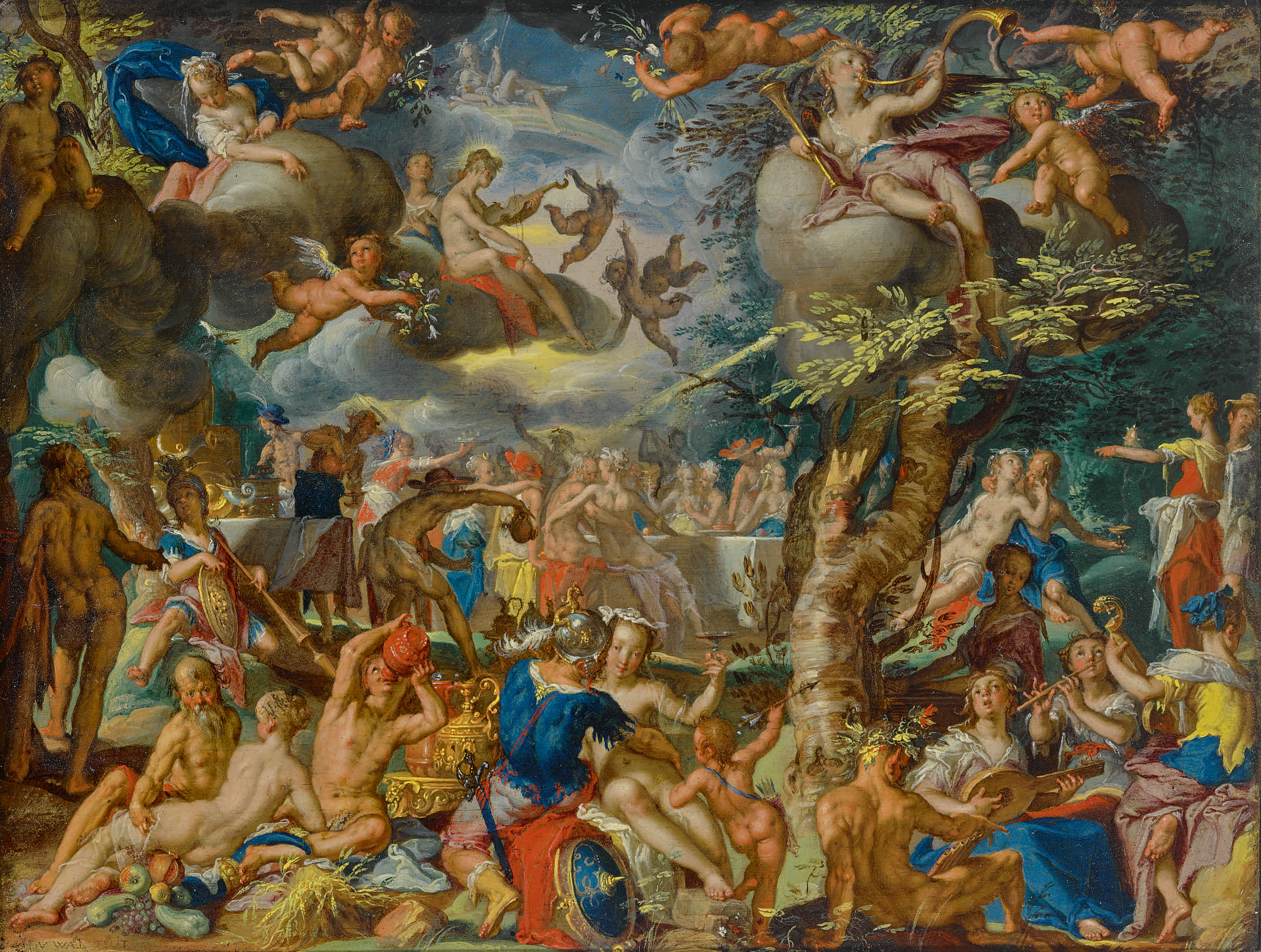 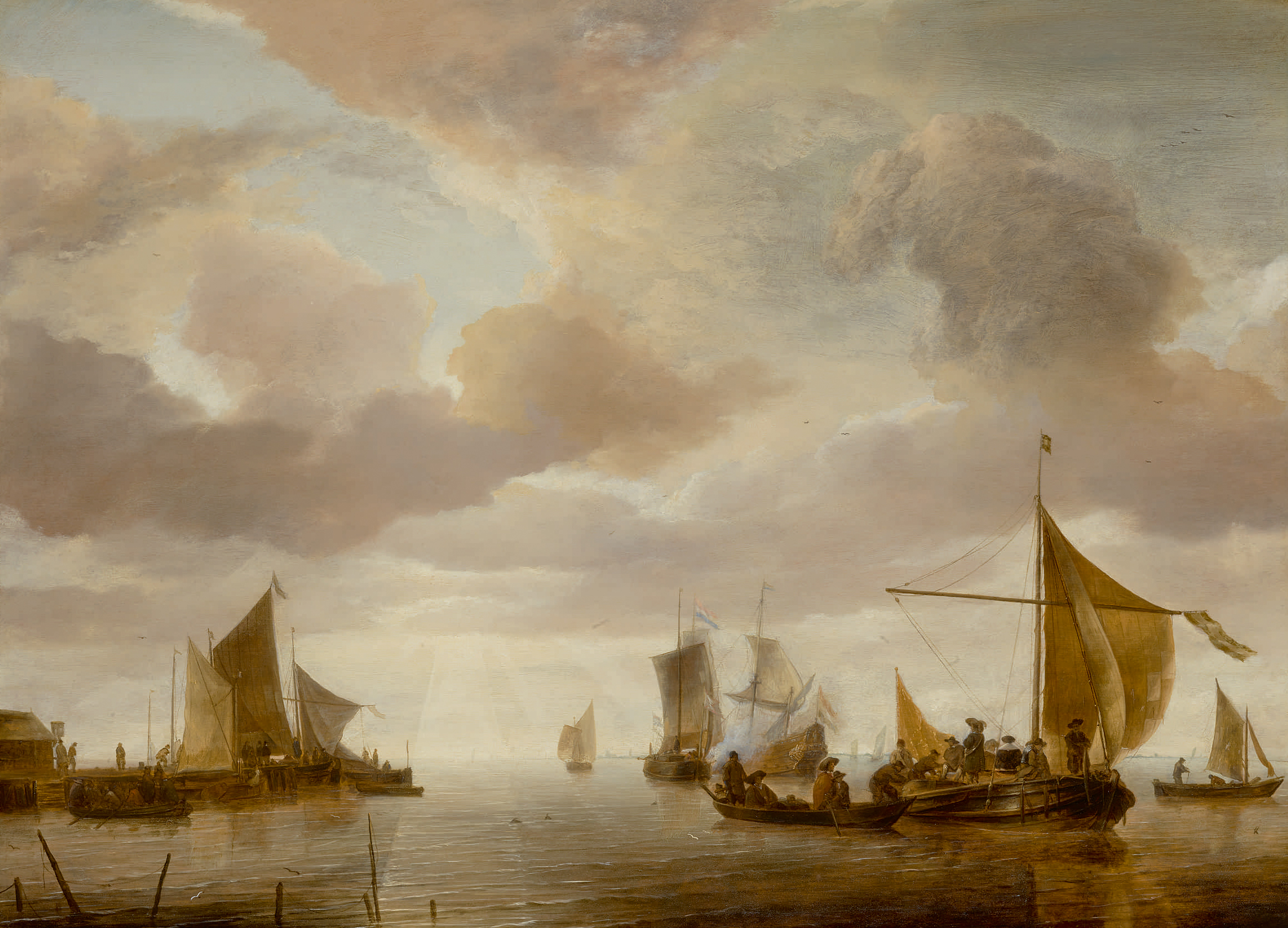 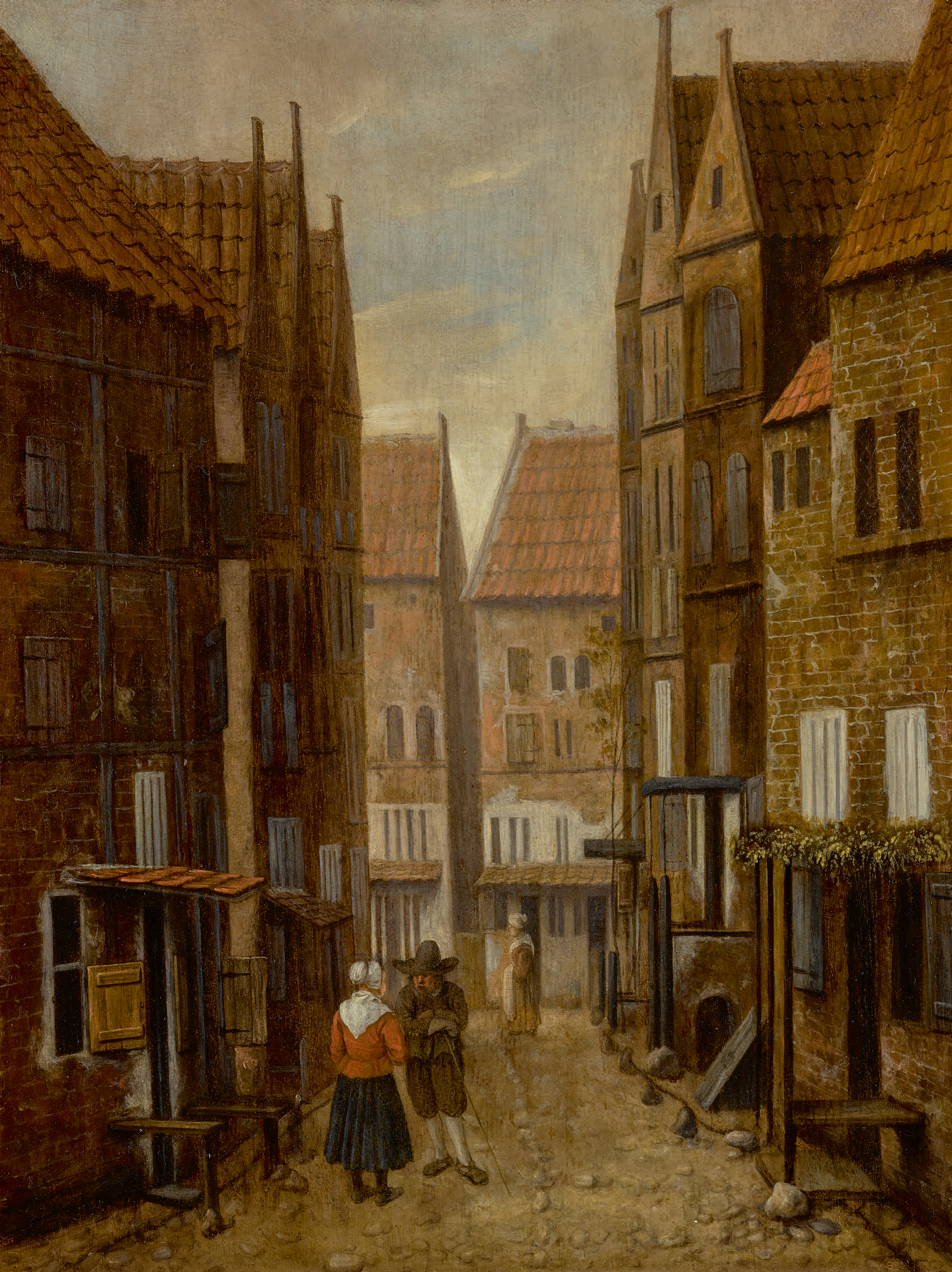 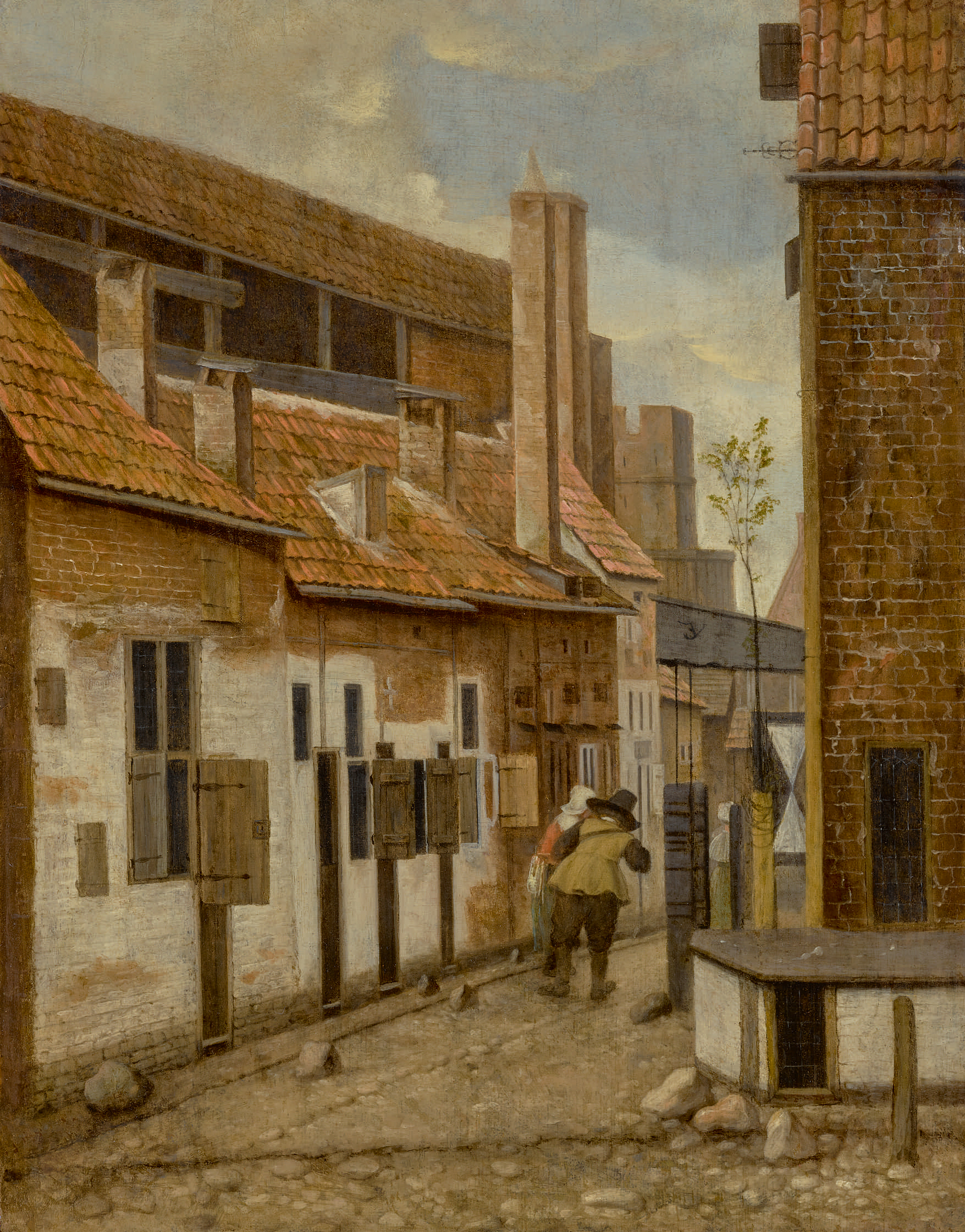 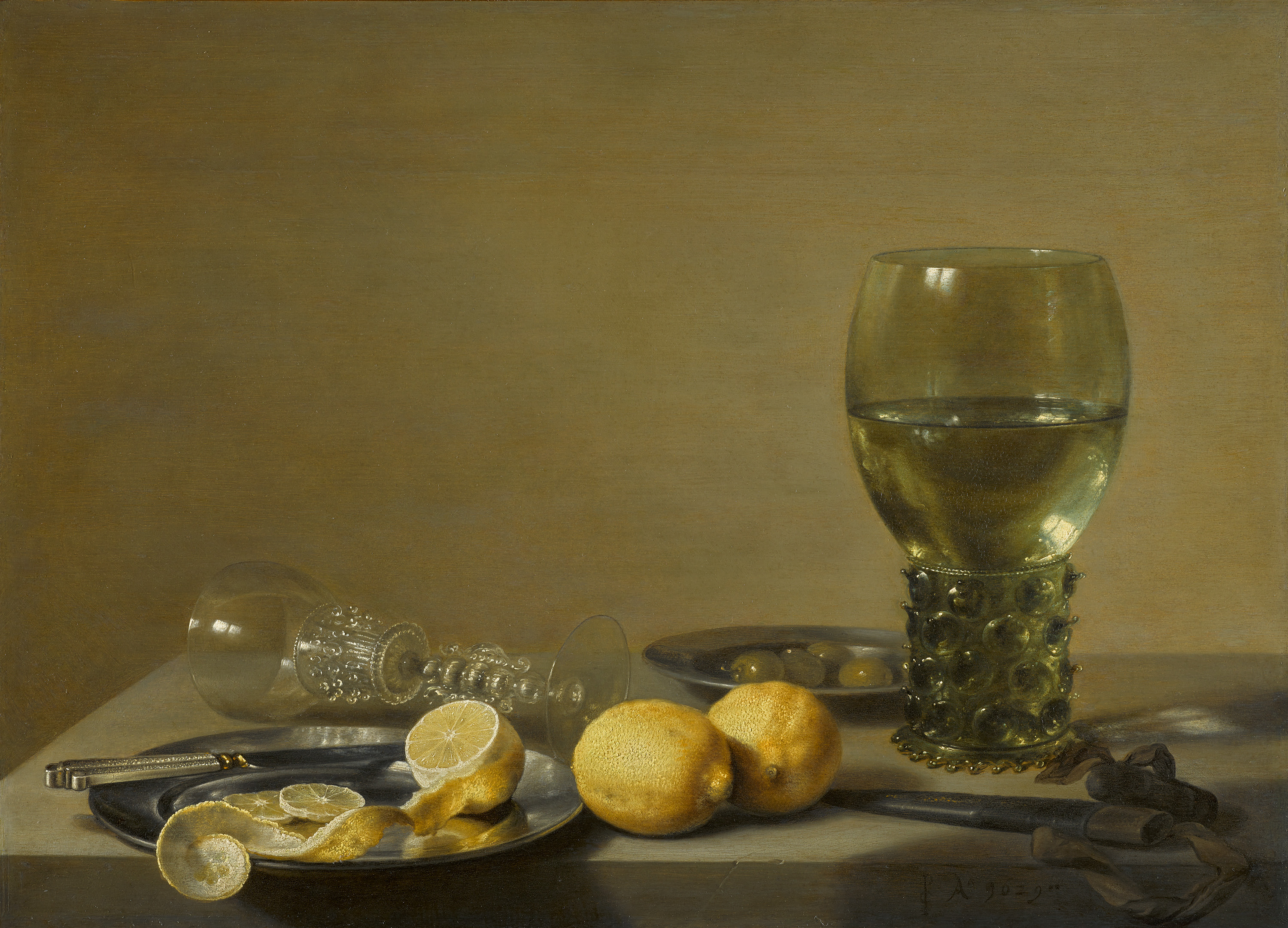 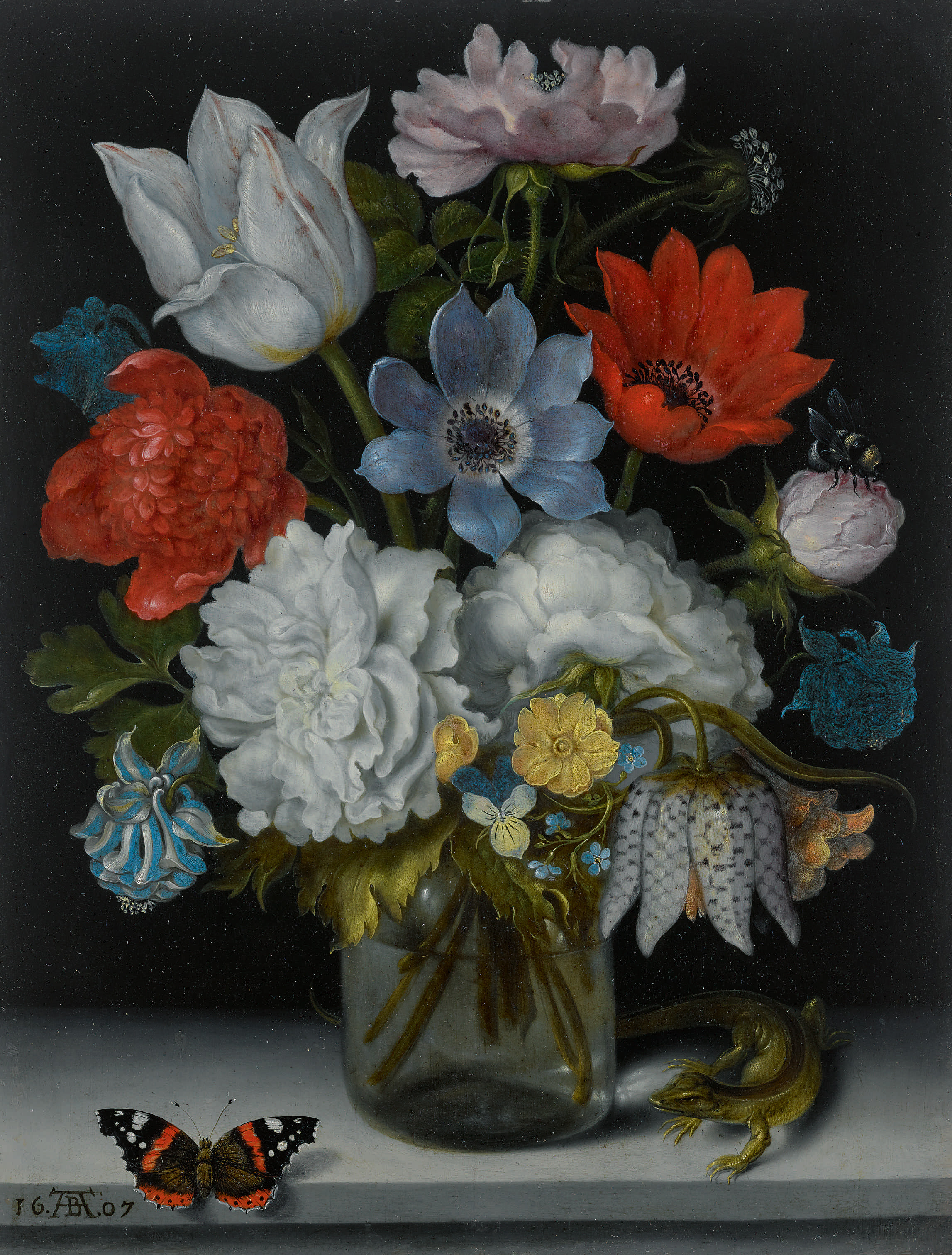 _S_otheby’s New York is once again hosting their Masters Week from January 25th, featuring a broad variety of auctions, exhibitions, and sales spanning six centuries of impressive Old Master paintings, drawings and sculptures. The wide array of works include celebrated art of renowned Dutch Old Masters such as Joachim Anthonisz. Wtewael, Ambrosius Bosschaert the Elder, Pieter Claesz and many more.

Sotheby’s will offer works by some of the most celebrated names in European art history in their Master Paintings Evening Sale on 30 January 2019. Headlined by an impressive group of 17th-century Dutch masterpieces from a distinguished private collection, the auction also features standout works by masters including Orazio Gentileschi, Pieter Brueghel the Younger and Ambrosius Bosschaert the Elder.

Open to the public on 25 January, the sale will be presented alongside Sotheby’s Masters Week exhibitions of Master Paintings & Sculpture Day Sale, Old Master Drawings, 19th-Century European Art and The Gilded Age Revisited: Property of a Distinguished American Collection. 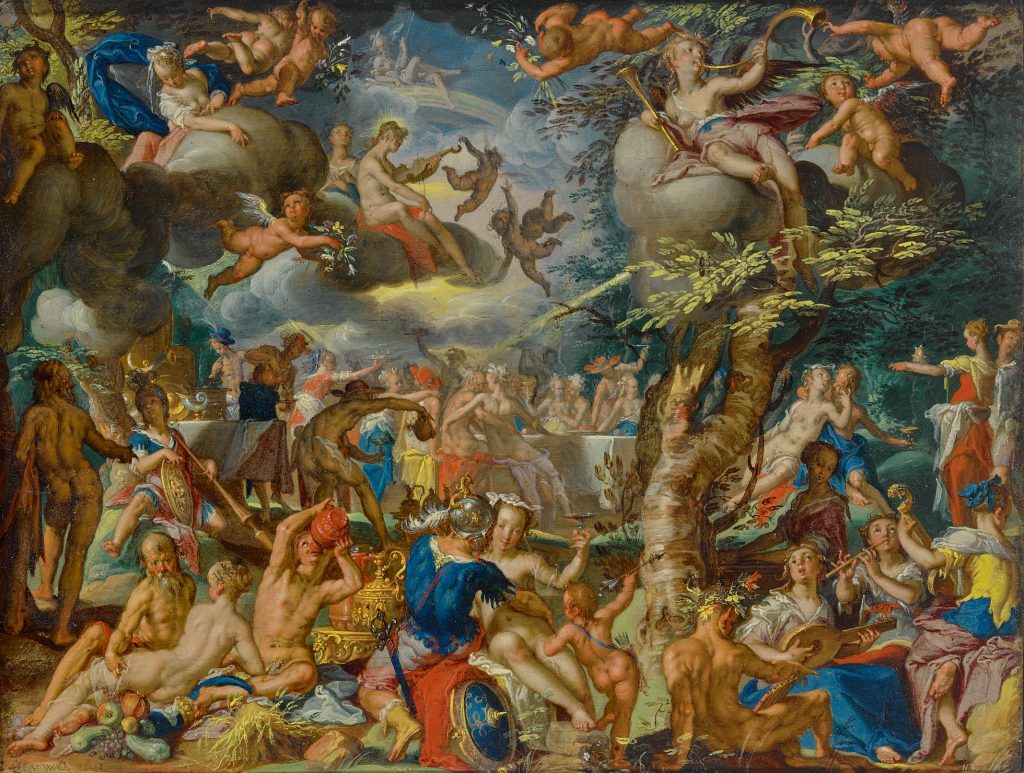 Joachim Anthonisz. Wtewael “A Banquet of the Gods”
Estimate $5/7 million

At the core of this January’s sale is a group of seven paintings of impressive quality from a distinguished private collection. Leading this group is a remarkably well-preserved Banquet of the Gods by Joachim Anthonisz. Wtewael. Its elegant forms, classical subject, and refined technique exemplify the Dutch Mannerist movement, which included the most important artists in the Netherlands from 1580 to 1620. Praised by his contemporaries for his versatility and prowess, Wtewael was capable of working across mediums on any scale, though it is his small paintings, such as the present work, that are his most prized. The fine brushstrokes and the glittering colors in this copper exploit the smooth, reflective surface of the metal support, and fully reveal Wtewael’s extraordinary skill. This painting further shines a light on this artist’s imaginative and inventive storytelling, for within this small composition, nearly 50 elegantly posed figures painted in a kaleidoscope of color have been cleverly assembled for a heavenly banquet set within a glade and upon an elaborate arrangement of clouds. 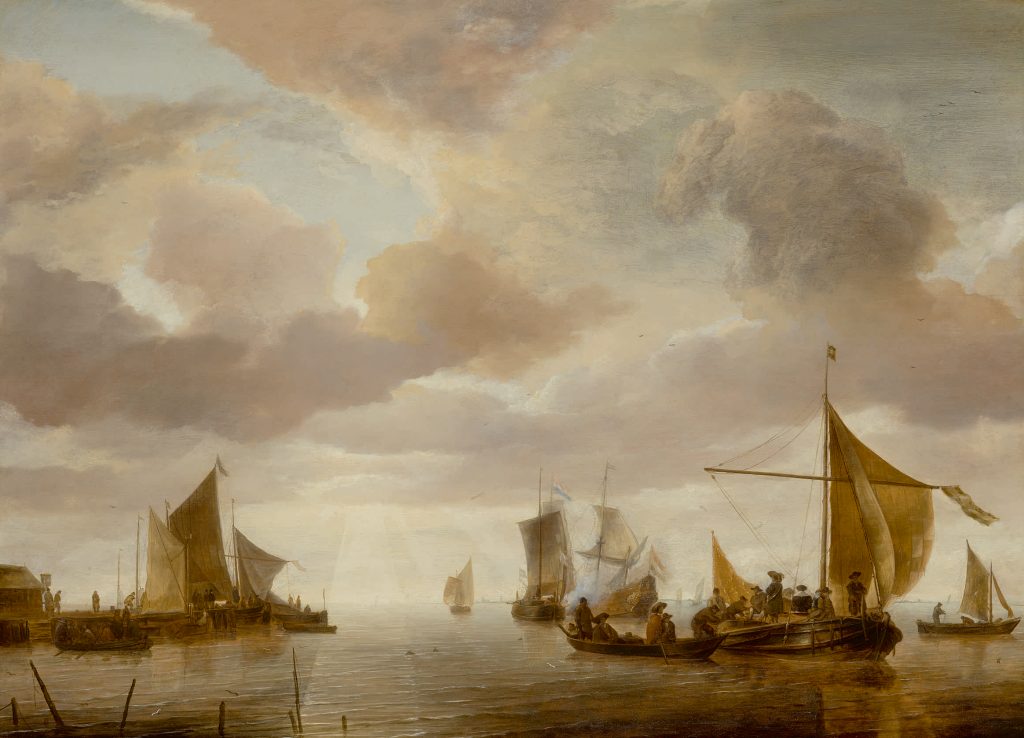 Jan van de Cappelle “A shipping scene on a calm sea, with a number of vessels and figures, and a jetty on the left”
Estimate $4/6 million

This luminous scene is a particularly evocative and successful example of the calm, expansive seascapes that distinguished Jan van de Cappelle as one of the leading marine painters of the Dutch Golden Age. Bathed in a soft, warm light, this remarkably well-preserved large panel, which likely dates to the 1650s, radiates a mesmerizing effect that transports viewers to the peaceful waters of the Netherlandish coast. 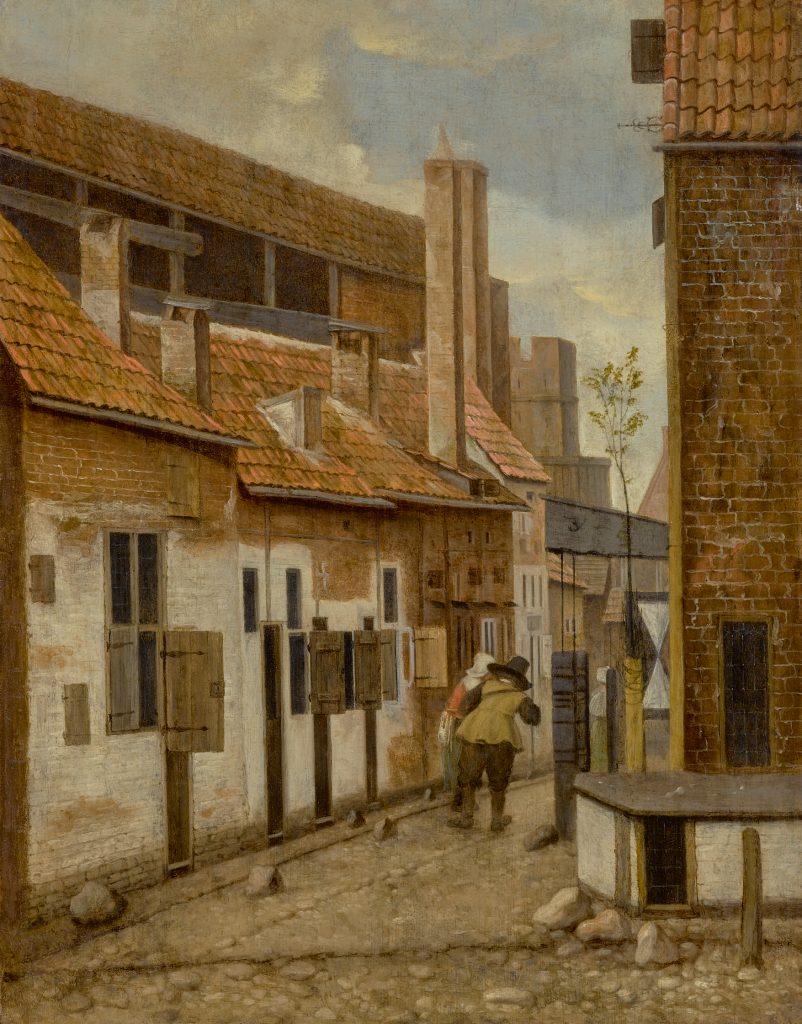 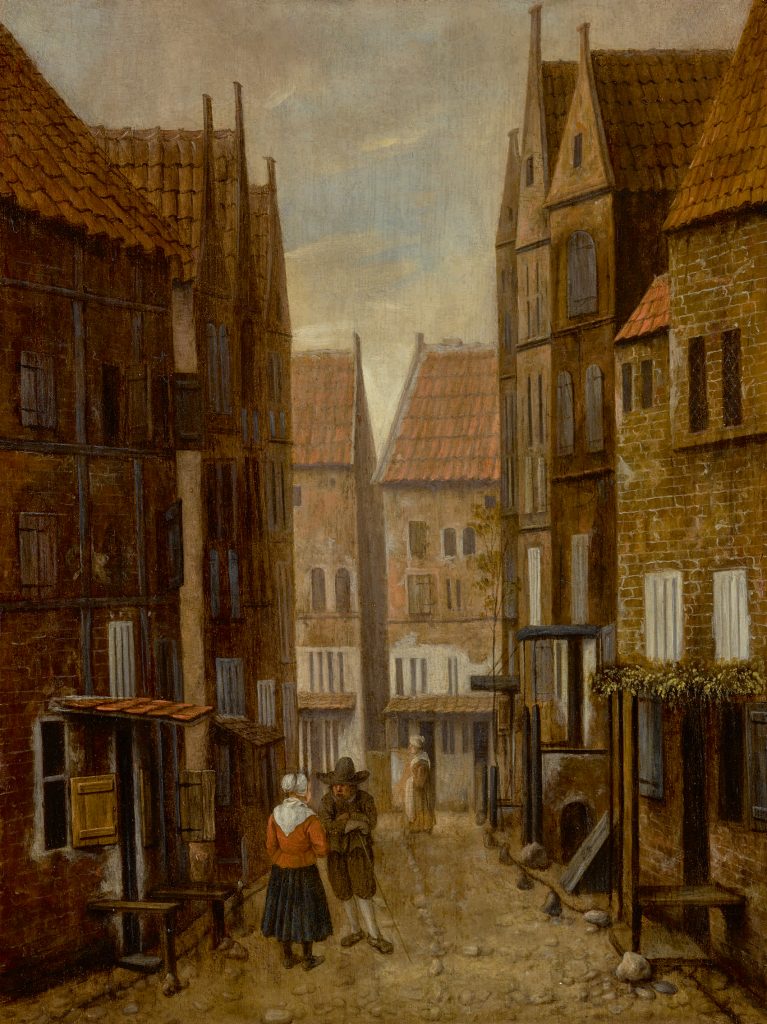 An enigmatic and mysterious master, Jacobus Vrel painted quiet street scenes that speak across the centuries in a way that is strangely affecting. Vrel’s works are incredibly rare – around thirty eight are known, consisting mostly of interior scenes, street views and one church interior, of which nearly half are signed while dated examples range only from 1654 to 1662. The artist’s painting technique – a straightforward manner without glazes or other refinements – complements his unpretentious subject matter and suggests that he was quite possibly self-taught. Though many locations from Friesland to the Rhineland have been sought for his street scenes, they are, in fact, likely to be imaginary. 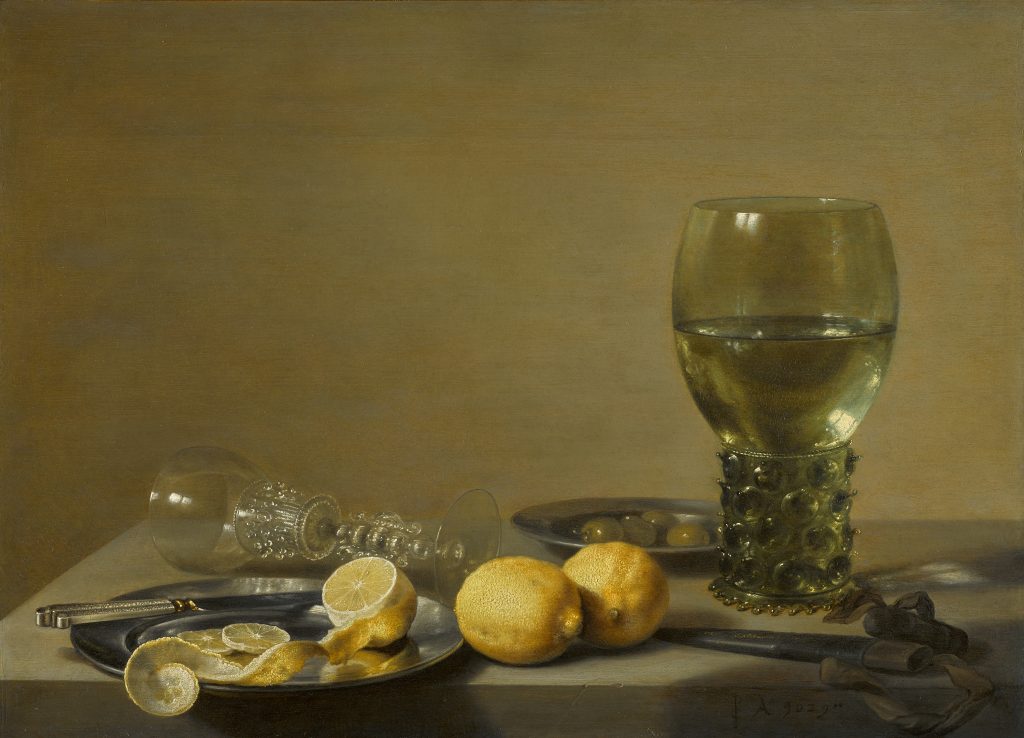 Pieter Claesz “Still life of lemons and olives, pewter plates, a roemer and a façon-de-Venise wine glass on a ledge”
Estimate $700/900,000

The works that Pieter Claesz painted between 1628 and 1630, of which this is an outstanding example, came to define the classical Haarlem ontbijtje (breakfast piece). Their elements are not only very limited, but also biased towards objects such as glassware and silver plates rather than foodstuffs, and their purpose is to balance the composition, rather than to represent a meal. 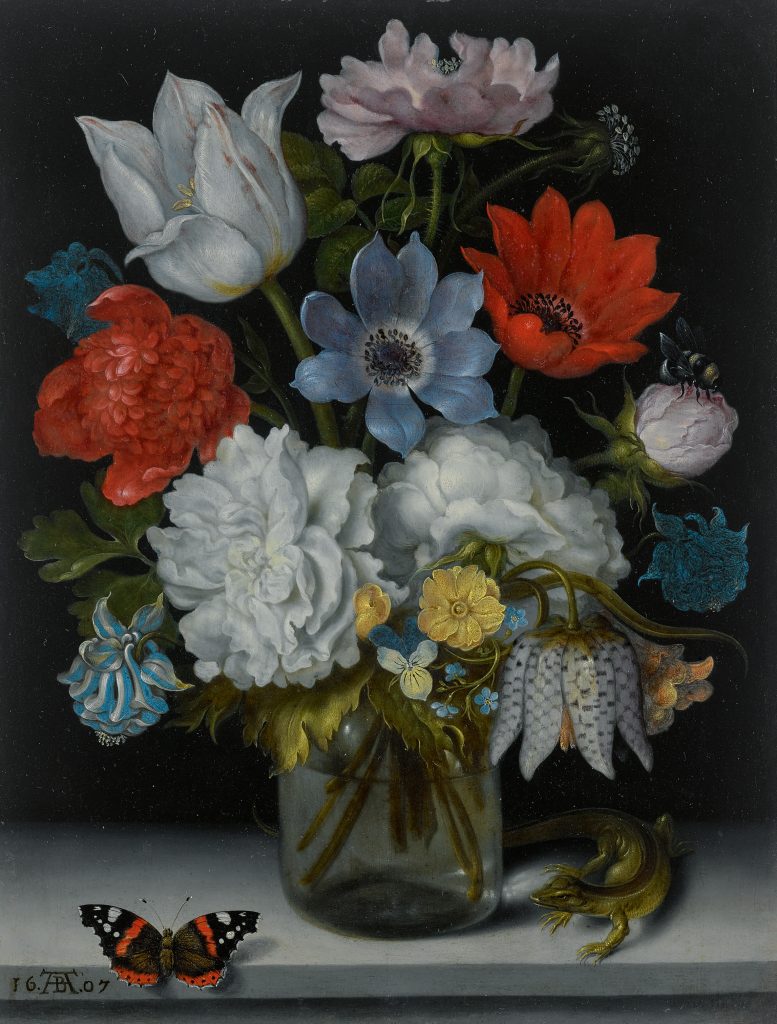 Ambrosius Bosschaert the Elder “A Still Life Of Flowers In A Glass Flask On A Marble Ledge, Flanked By A Red Admiral Butterfly And A Lizard”
Estimate $2.5/3.5 million

The sale will also feature a magnificent flower painting by another pioneer in the genre, Ambrosius Bosschaert the Elder. Bosschaert was wholly responsible for the sudden outburst of flower painting in the Netherlands at the start of the 17th century and this beautifully preserved oil on copper is a very fine example of his early works. Signed and dated to 1607, this work is little known, having never been publicly exhibited, and only resurfacing to the market in 1965.

Sotheby’s is honored to announce the sale of ‘Human Reflections: Property from a Distinguished Private Collection.” Spanning Old Master paintings and drawings, to Impressionist, Modern and Contemporary art, and exquisite prints, the collection will be offered across multiple sales in London, Paris and New York in 2019. Featuring works by Italian, Spanish, and Dutch masters, the collection is led by a small and intimate portrait of the famous 18th-century Spanish actress, Rita Luna by Francisco José de Goya (left, estimate $1/1.5 million). Dated to 1814-1818, it was discovered in a cupboard in the artist’s home by his grandson. Due to its small scale – an unusual characteristic of the other portraits Goya was producing at the time – the portrait is said to have been created for the artist’s own personal use.Additional highlights include a rare easel-sized painting of The Annunciation by the great Lombard 17th century painter, Daniele Crespi (estimate $300/500,000) and a devotional picture depicting The Madonna and Child with St. John the Baptist by Genovese artist, Bernardo Strozzi, painted circa 1620 (estimate $300/500,000).