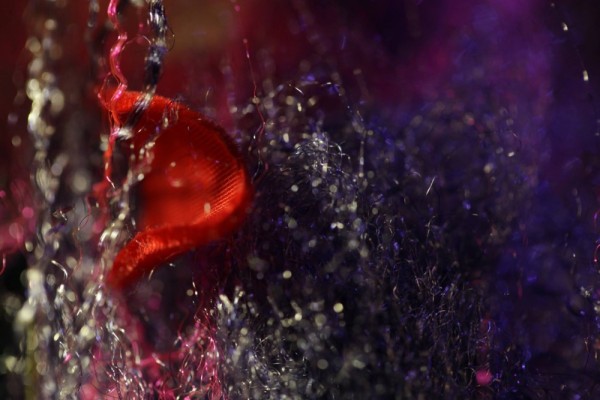 'Meanwhile, Looking Elsewhere', by Daphne Rosenthal, was selected for the Experiments in Cinema Festival

‘Meanwhile, Looking Elsewhere’, a film by Daphne Rosenthal, was selected for the Experiments in Cinema Festival in Albuquerque, New Mexico. On April 16 the film will be screened at the Guild Cinema in Albuquerque.

The film is a portrayal of the inbetween time and space at the filmmaker’s set. Tiny touches, discoveries through the lens abd the natural sounds of the room. A play between the filmmaker as a performer and the lives the materials desire to have. From the series The Forgetting of Objects – an inventory through 18 hours of footage in a material world.

Daphne Rosenthal works mainly in the field of experimental film, sculpture and animation and currently lives in Amsterdam and Los Angeles. Her work deals with seduction of the senses and how we are coded to project our longings and beliefs onto moving abstract textures and shapes.

In her latest films, The forgetting of objects and Meanwhile, looking elsewhere, a camera navigates through chaotic sculptural landscapes with fabrics, beads and other haberdashery. During the filming she performs tiny interactions with the colourful mess, such as touching or pulling. You won’t see her hands, only how the materials respond. Small encounters have big effects.

Rosenthal’s work has been shown at Museo Universitario del Chopo, Mexico City; Mediamatic, Amsterdam; Quartier 21, Vienna; Heden, Den Haag. Rosenthal also has a background in documentary making. Her documentary Het Rietveld Schröderhuis has been screened at the Tate Modern, the Centre Pompidou, the Vitra Design Museum, and is currently on display at the information center of the Rietveld Schröderhuis.