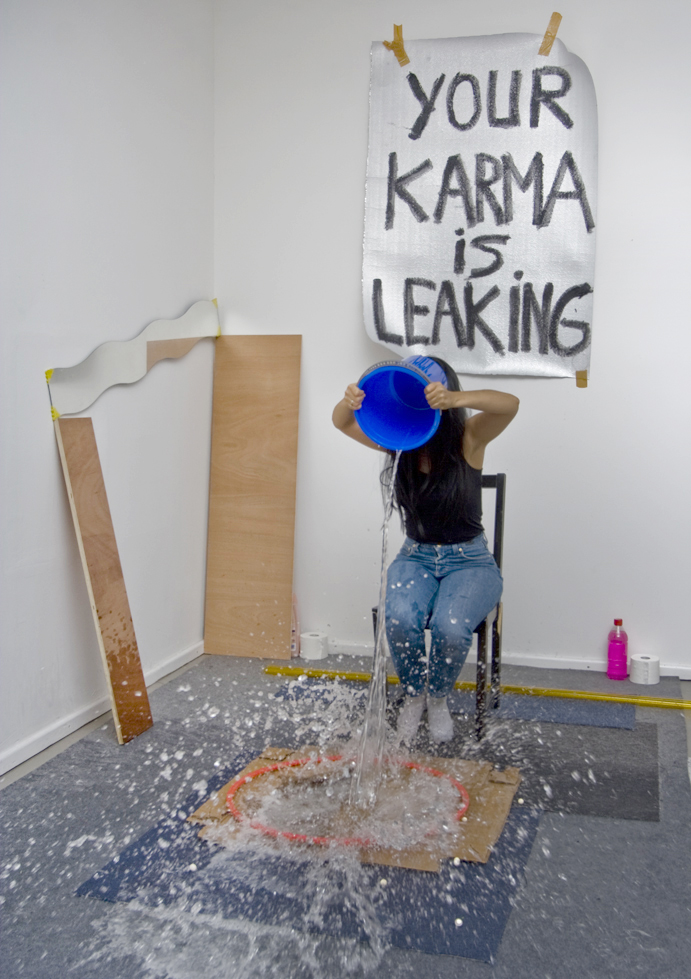 From November 7 through November 9 the ISCP presents Fall Open Studios, including work by four Dutch artists.

The studio is a generative space – part production site, office, laboratory and situation – and it can be argued that it is more significant today for artistic process than ever before. Open Studios invites the public to 34 “studio visits” to experience art in its place of origin and to share conversations with artists from all over the world. Visitors will have access over the three days to international contemporary art practices in a studio setting as well as through ISCP’s 20th anniversary alumni exhibition.

Melanie Bonajo’s work has been exhibited and performed in international art institutions, such as De Appel Arts Centre, Amsterdam; Center for Contemporary Art, Warsaw; The Stedelijk Museum, Amsterdam; The Moscow Bienniale; National Museum of Modern and Contemporary Art, Seoul and PPOW Gallery, New York and her films have played in festivals such as International Documentary Filmfestival (IDFA), Amsterdam and Berlinale. In 2012 she initiated the collective Genital International which tackles subjects around feminism, participation, equality, our Earth, ‘Politics beyond Polarity’ and ‘Revolution through Relaxation.’ She wrote for several art magazines, was creative editor of Capricious magazine and curated shows such like the QQC performance festival about pop music in visual arts at the Paradiso, Amsterdam. She published several books including: Modern Life of the Soul, I Have a Room with Everything, Spheres and Furniture Bondage. In 2013 she released an album with her band Z▲Z▲Z◎Z◎ called Inua. Her work as alter ego MatrixxBotanica has been spotted in urban and rural spaces.

Allard van Hoorn investigates relationships to our environment incorporating the disciplines of architecture, design, music and dance. He visually, acoustically and spatially transcodes our usage and perception of cities and nature in order to question preconceptions and experiences of the spaces we live and work in. Through mapping and the subsequent re-ordering of embedded rituals, rules and routines in buildings and public spaces, he allows for reinterpretation of form and function taking into account the inherent impossibility of complete description of our world by manmade systems.

Artist’s Statement: “Moments in which the reality does or doesn’t match the previously imagined, are both source and the condition of the work itself. As painter and sculptor, I deal with expressions of longing. With melancholic meditations on the futility of private and collective utopias, I research idealized abstract models and how they are materialized. I consider architecture as one of the most important themes in my work as it is the most physical and influential object with which we interact in the everyday. I investigated the seductive quality of the model in urban planning, the limits of the model as tool, the actual neighborhoods that became a physical version of its original abstract point of reference and the sublime physical trace the materialization of a model leaves the moment it meets reality.”

Lilian Kreutzberger, the Netherlands 1984, received a BFA at the Royal Academy of Art, the Hague (2007) and she received a Fulbright for her Master of Fine Arts programme at Parsons New School, New York (May 2013. She currently lives and works in New York and is an Artist in Residence at the ESKFF. Kreutzberger won the Buning Brongers prize for painting in 2008; and has received a grant twice from the Mondriaan Fund. Her work has been shown at, among other places, the Gemeentemuseum in the Netherlands (2007); the Royal Palace, Amsterdam (2009); and the Dutch pavilion at the World Expo, Shanghai, China (2010). Her work is held in the Gemeentemuseum collection, the Eileen Kaminsky Family Foundation and in the Caldic Collection. Kreutzberger was twice nominated for the Royal Prize for Painting. Recently, she was selected by Rietveld Architects in New York to make a permanent work for a residential building in Rijswijk, the Netherlands.