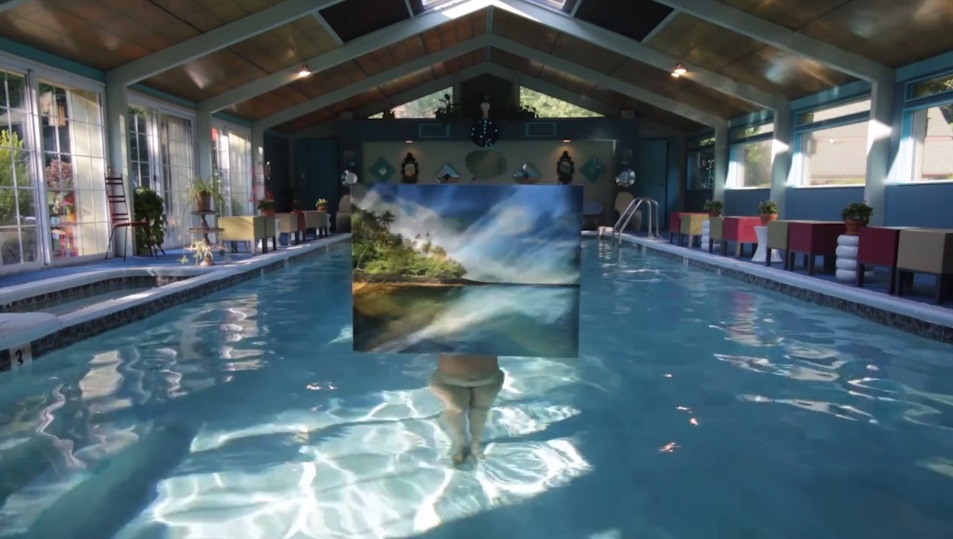 From May 15 to June 21 Company presents 'Nocturnal Gardening', a solo exhibition of new work by Melanie Bonajo.

From May 15 to June 21 Company Gallery presents ‘Nocturnal Gardening’, a solo exhibition of new work by Melanie Bonajo. Featuring the premiere of her video ‘Night Soil – Fake Paradise’ as well as several photographs, Bonajo focuses on the relationship between nature and civilization, specifically what happens when feelings of kinship transcend the tenuous boundaries of species and biological taxonomy.

‘Night Soil – Fake Paradise’ is the first in a three-part, experimental documentary presented as a series of conversations between people and plants. The film investigates the medicinal drug ayahuasca as a departure point to exploring ritual and the production of spiritual experience, devoting special attention to the feminine voice traditionally marginalized in psychedelic research. Bonajo questions the complex relationships that exist within and without the natural world, challenging the traditional notions that divide nature, people, and technology. She looks to eco-activism and, in particular, how that activism is leveraged illegally against global capitalism.

In her photographs, brightly painted bodies lithely pose amongst dense forests and urban landscapes, hybrids enmeshed as equally with modern technology as they are with the natural artifacts whose high-frequency voices prompt Bonajo to ask what we can learn from plants.

Melanie Bonajo exams the paradoxes inherent in our future-based ideas of comfort. Through her photographs, performances, videos and installations Bonajo examines subjects related to progress that remove from the individual a sense of belonging and looks at how technological advances and commodity-based pleasures increase feelings of alienation within the individual. Captivated by concepts of the divine, she explores the spiritual emptiness of her generation, examines peoples’ shifting relationship with nature and tries to understand existential questions by looking at our domestic situation, idea’s around classification, concepts of home, gender and attitudes towards value.

Melanie Bonajo lives and works in Amsterdam. Her work has been exhibited and performed in international art institutions, such as  De Appel Arts Center / Amsterdam, Institute Neérlandais/Paris, Modern Art Museum / Ljubljana, Kohun National Museum of Contemporary Art/ Seoul, Stedelijk museum/ Amsterdam, PPOW Gallery/ New York, SMBA/Amsterdam, Programm, Berlin, Museum of Modern Art / Arnhem and Foam /Amsterdam. She made 7 publications I have a Room with Everything / 2009, Furniture Bondage / 2009, Modern Life of the Soul / 2008, Volkerschau and Bush Compulsion /2009, 1 question 9 possible answers 3 rooms /2012, Spheres / 2012. With her music project ZaZaZoZo she will release the album INUA with tsunami-addiction spring 2013. In 2008 she studied religious science; Mysticism and Western Esotericism at the UVA. She worked as creative editor for Capricious magazine and Mister Motley, taught workshops and lectured on l’Ecal, Rietveld Academie, Aperture, Parsons school of Art, Mediamatic a.o. In 2012 she initiated the collective GENITAL INTERNATIONAL which focusses on subjects around participation, equality, our environment and politics beyond polarity