Tanya Bonakdar Gallery is pleased to announce its second solo exhibition with Meschac Gaba. The exhibition will weave together three main bodies of work, forging at once a meditative reflection and a powerful commentary on issues concerning contemporary cultural identity, and especially the current state of immigrants and refugees.

Since the late 1990s, inspired by his own experiences living in the Netherlands and Benin, Gaba has navigated and closely examined national and transnational identity constructs under the tumult of present day globalization. By playfully restructuring relationships between the Western world and developing worlds, the local and the global, art and the everyday, Gaba brings into question dominant codes and frameworks of identity and value.

For this exhibition, the artist will present a large-scale, multi-colored, participatory work entitled Reflection Room Tent. Evoking an immediate impression of the refugee camps that house the diasporic and displaced, the tent’s vibrant patterns, however, embody Gaba’s hopeful concept of Citoyen du Monde—an envisioned global flag consisted of a union of elongated individual world flags. 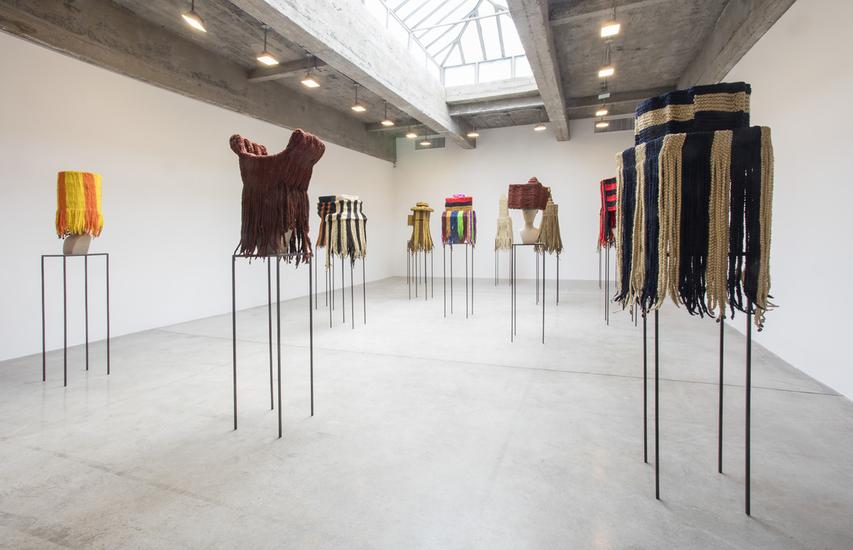 Born in Cotonou, Benin in 1961, Gaba currently lives and works between Cotonou and Rotterdam. From 1996-1997, he studied at Rijksakademie voor Beeldende Kunsten in Amsterdam, where he presented the Draft Room, the first instalment of his Museum of Contemporary African Art. Other “rooms” of this project include the Museum Shop (first shown at S.M.A.K. in Ghent, Belgium, 1999), Museum Restaurant (W139, Amsterdam, 1999), Game Room (Le Pavé Dans La Mare, Besançon, France, 1999), Library of the Museum (Witte de With Centre for Contemporary Art,Rotterdam, 2001), Salon (Palais de Tokyo, Paris, 2002), and the Marriage Room, where the artist married his wife during its first presentation at the Stedelijk Museum in Amsterdam, 2000.