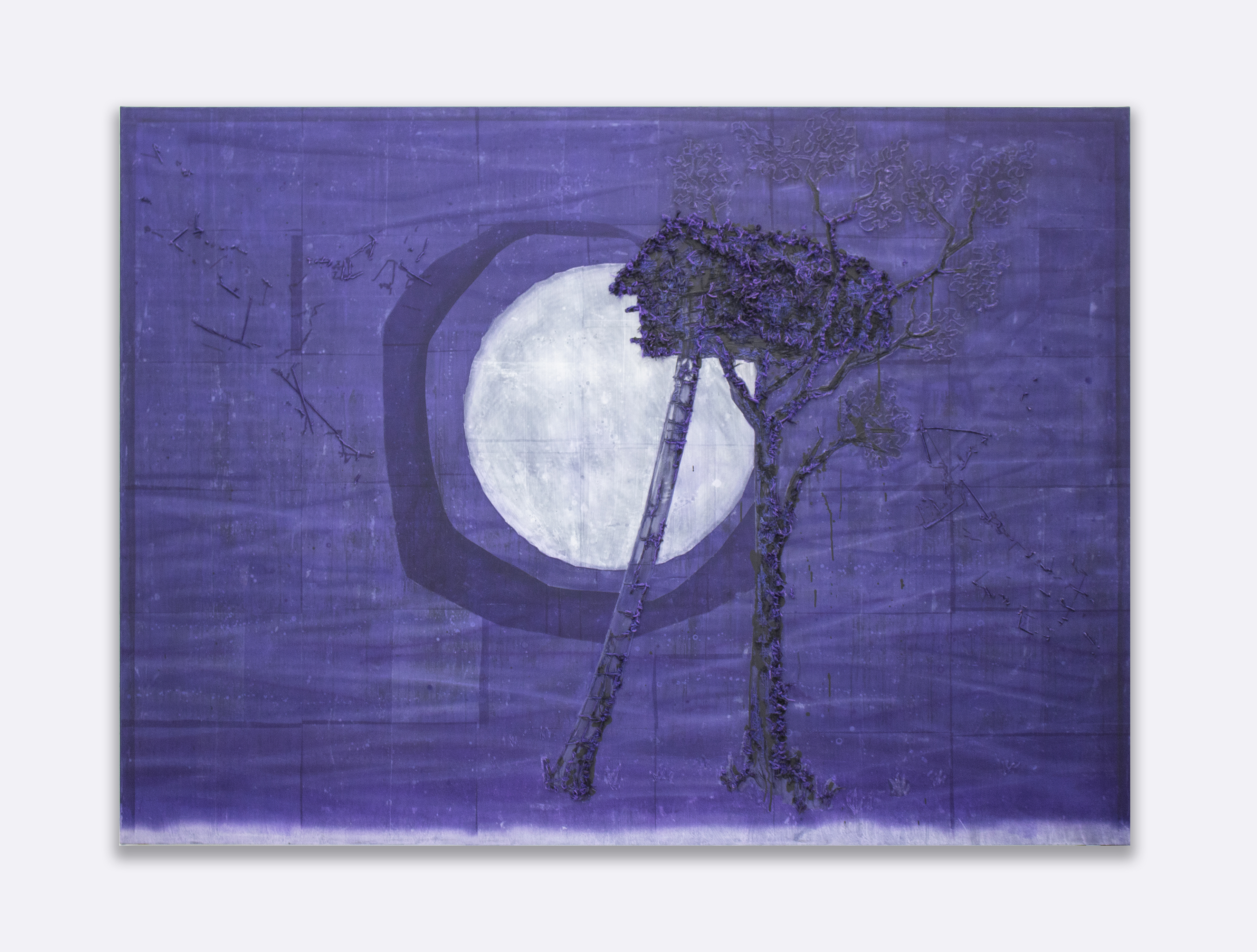 Michael Raedecker, not yet titled, 2019
Courtesy of the artist and GRIMM, Amsterdam | New York


Courtesy of the artist and GRIMM, Amsterdam | New York

There are fields of blue and grey and orange. Glows of light that seem to linger and exhale. There are dense, pooled shadows. They create spliced, penumbral spaces. When an image enters the scene, the effect can be hesitantly theatrical, near to cinematic, sometimes phantasmatic, often perturbed, menacing or cute, but then menacingly cute. A provisional setting for a provisional story. A story catching its breath as it waits to be told. A page waiting to be turned. Michael Raedecker’s new paintings remain – as the previous ones have been over more than two decades – complexly wrought performances that each simultaneously conjure up
and interrupt an image. The work done by the paintings is a kind of dream work. Hence an image here is only partially the subject of its respective painting, which is as much about the desire for the image, or the flight from it, as it is about the ostensible content of the image.

Michael Raedecker will hold his first solo exhibition Parade at the Grimm Gallery in New York from May 3 until June 23.

Michael Raedecker (1963 Amsterdam, NL) was born in Amsterdam and currently lives and works in London. He received his BA in Fashion Design from the Gerrit Rietveld Academy, Amsterdam (NL), continued his curriculum at the Rijksakademie van Beeldende Kunsten, Amsterdam (NL), and at Goldsmiths College, London (UK). In 2000, Raedecker was shortlisted for the Turner Prize and he received the John Moores Award in 1994.