From December 5, 2015 until January 9, 2015, Micky Hoogendijk is part of Catherine Couturier Gallery’s “Deck the Walls” exhibition. The opening reception takes place on December 5, from 5-7 PM. 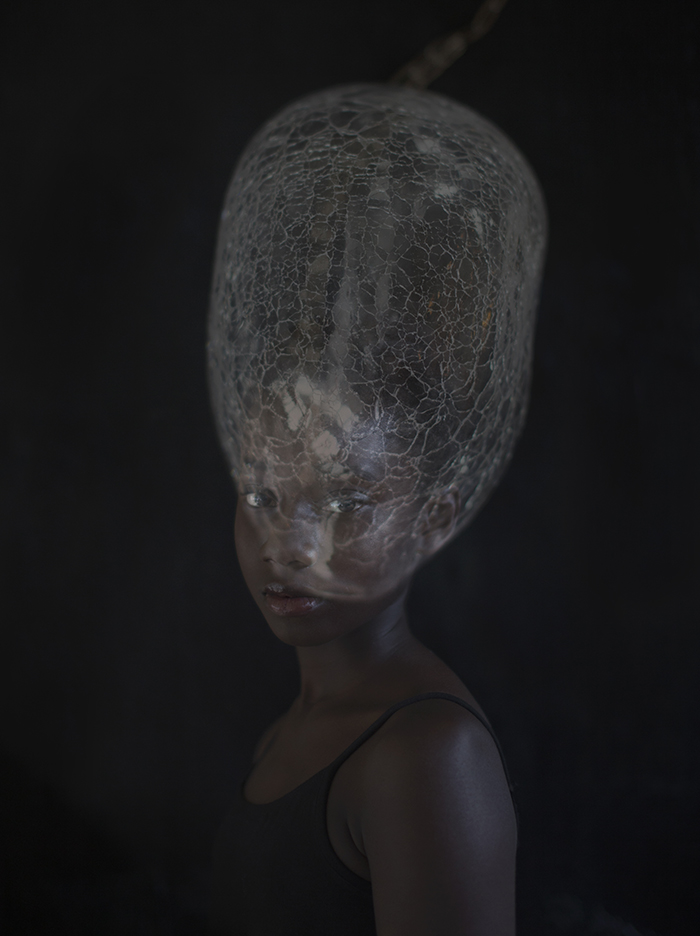 Featured Work: “Through a Glass Darkly”

The image “Through a Glass Darkly” will be part of the “Deck the Walls” show and was first shown at the group show “In the Looking Glass” at Verve Gallery in Santa Fe. Micky says about this photo: “To see ‘through a glass darkly’ is to have an obscure or imperfect vision of reality. The expression comes from the writings of Apostle Paul who explained that we do not see clearly now, but at the end of time, we will.” The picture is an ode to Micky’s adolescence, the time in which we can’t see the consequences of our actions. Micky: “I believe it is our naiveté and our courage that allows us to make mistakes. And aren’t mistakes the things we learn from the most?!”

Dutch photographer and model Micky Hoogendijk grew up in an environment of art; her grandfather, Dirk Hoogendijk, was one of the most successful art dealers in the Netherlands in the last century and her father, Roelof Frankot, was a painter. As an adult she worked as a model, posing for important Dutch designers like Mart Visser, and as an actress, appearing in European and American films and TV series. Only later in life did Micky turn to photography. By now her work has appeared in art shows across the world in the US, Turkey, the Netherlands, and Japan. Hoogendijk’s work is characterized by sharp iconic images that deeply touch your soul. With her camera she enchants with lighting, and her images often contain religious and mythical themes as well as daily scenes. At the core of her work lies a quest for the majesty of vulnerability –an image without embellishment that captures the powerful essence of naked emotion.