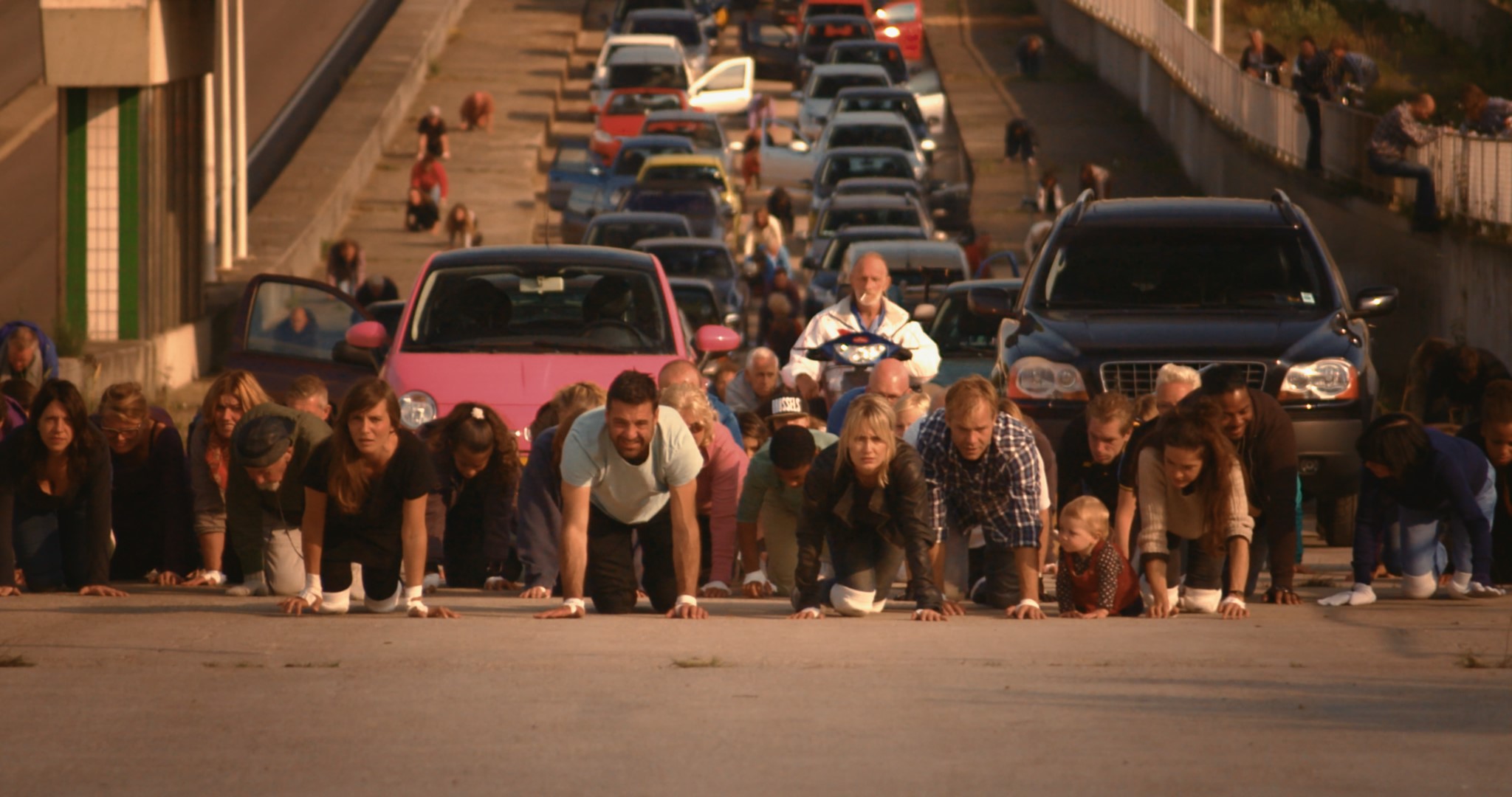 The Rotterdam Actors group, Wunderbaum, will stop acting and will switch over to real action.

The Rotterdam Actors group, Wunderbaum, will stop acting and will switch over to REAL action. The film will follow the actors’ frantic efforts to radically change the world. The actors, who have created socially orientated theatre for years, will set up various world-improving projects in ‘real’ life. The differences in approach, vision, and effectiveness are putting the group under considerable pressure. The central issue is the extent of our personal engagement for the common cause.

For almost twenty years, the films by Mijke de Jong have shown great social involvement, from her first feature film Love Hurts (1992; Toronto International Film Festival – Special Jury Award Locarno) to Layla M. De Jong’s international breakthrough came with Bluebird for which she won a number of awards. Stages (Special Mention Locarno) and Katia’s Sister (2008; official Berlinale, Toronto and Locarno selections) followed. Award winning feature film Joy (2010) was shown around the world and got the Best Feature Film Award in The Netherlands. Feature film Frailer (2014) premiered at the Toronto International Film Festival. Last year she worked together with Wunderbaum on the film Stop Acting Now, which will premiere during the 2016 edition of the International Film Festival Rotterdam.