Moments In A Stream By Ewerdt Hilgemann

Moments In A Stream by Ewerdt Hilgemann will exhibit until Sept 25 on several venues in the US.

About Moments In A Stream

These sculptures are located on the corner off Fort Lee road and Station Parkway. Ewerdt Hilgemann, distinguished Amsterdam-based German artist is currently showing in Leonia, N.J. The sculptures, ranging in size from 8 to 20 feet in height, were created specially for a Park Avenue, New York City installation using a unique vacuum process, which “implodes” geometric shapes causing the material to deform according to natural laws. Hilgemann developed his method in the early 1980s after experimenting with white wooden wall pieces that captured light, influenced by ZERO movement. Hilgemann’s “implosion” process begins by fabricating perfect, geometrically pure stainless steel forms, which are meticulously welded and polished to satin gloss. After this part of the process is complete, the artist slowly pulls the air out with a vacuum pump, putting the natural atmospheric pressure to sculptural use and collapsing the forms into their final shape. In a delicate balance of planning and chance each piece acquires individual character demonstrating unexpected and striking possibilities of the material.

“To me the implosion represents the inward spiral of energy to reach the core and mystery of matter, the ultimate beauty of creation,” says Hilgemann. 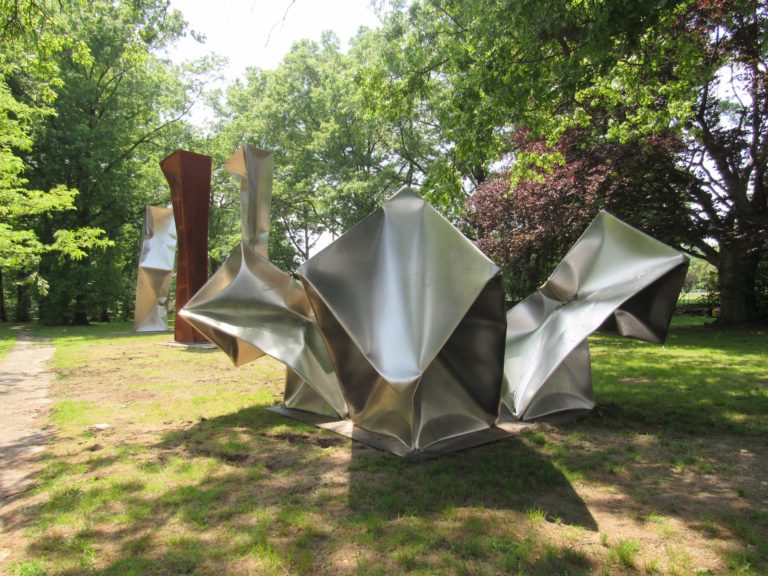 Ewerdt Hilgemann (1938) was born in Witten, Germany and after briefly studying at the Westfälische Wilhelms-University in Münster, he attended Werkkunstschule and the University of Saarland in Saarbrücken. In the 1960’s he had residencies at Kätelhöhn Printers in Wamel, Asterstein in Koblenz and Halfmannshof in Gelsenkirchen, Western Germany, and started to exhibit his work across Europe before moving to Gorinchem, The Netherlands; and has had public installations from Busan, Korea to the City of West Hollywood, CA. Since 1984 the artist lives and works in Amsterdam.