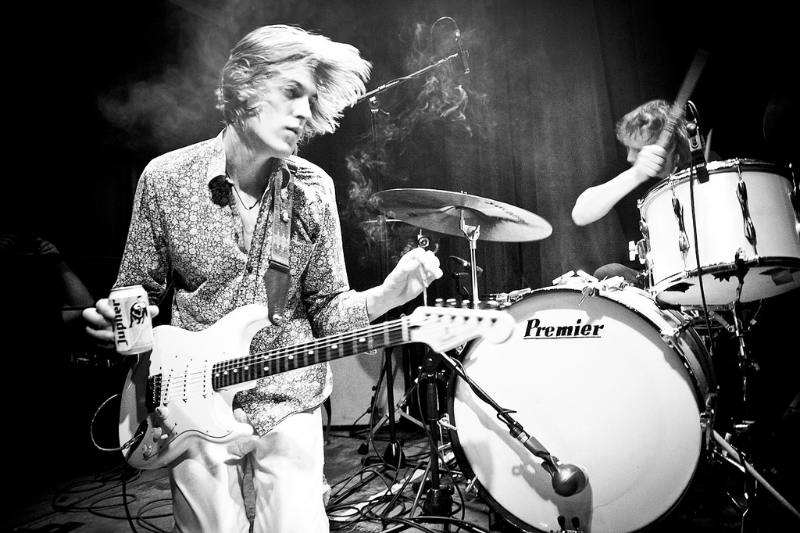 Round Three of the highly anticipated SXSW2014 line-up features a lot of Dutch acts that will be performing in Austin this year.

Influenced by psychedelica, blues and steaming rock&roll this trio takes you back to the good old times of MC5, The Doors and even Pink Floyd. At the same time they introduce a modern twist influenced by stoner, grunge and punk and hence create their own sound! With a drum-player that could be John Bonham’s son, an organist that harasses his instrument to death and a singer/guitarist that seems to be the power-incarnation of Jim Morrison, this band is bound to catapult psychedelic rock&roll back into our modern times with an energy you can’t resist!

Martin’s biggest achievement so far is his recent smashing solo single ‘Animals’: Released back in May it directly reached the #1 position in the Beatport main chart. Being only 17 years old, made him the youngest person ever to reach the #1 spot on Beatport.

Trago’s immersion in music is almost total. An internationally renowned DJ, producer, live performer and label owner with three critically acclaimed albums to his name (including the soon-to-be-released The Light Fantastic), the Dutchman divides his time between all-day studio sessions, DJ gigs and live shows all over the world, and a steady stream of musical collaborations with friends from Amsterdam and beyond. You sometimes wonder how he finds any time for sleep.

Preferring not to put a name to his style, the most he’ll concede is that his music is about a diversity that feels soulful, with a raw & spiritual edge

Ain’t no half-steppin with the man like Akkachar. His name means “big, bold man” in the North-Morrocan Berber dialect Tamazight, and genetically he follows a long lineage of actual pirates (the oldschool sabers and parrots type). Just so you know what bulky, brute and disturbing sounds to expect from him and his Rwina peers. Following a brief purist hip hop and UK garage phase, Akkachar grew fond of dark techno stylings, all of which he channeled into a mixture of gritty beats pretty much unheard of in the Am’Dam region. Besides promoting some of the best parties round town, Akkachar put Amsterdam on the worldwide beat map with founding Rwina records, which quickly grew into one of the most trusted European bass music imprints, releasing the likes of Terror Danjah, Swindle, Eprom, Starkey, Krampfhaft, and many more.

Other Dutch Acts that have been announced are Jameszoo, Kramphaft, Sandhya Sanjana Band, and Sofie Winterson.

Already confirmed were Palmbomen, Dusty Stray, Monokino, Mister and Mississippi and Mozes and the Firstborn.