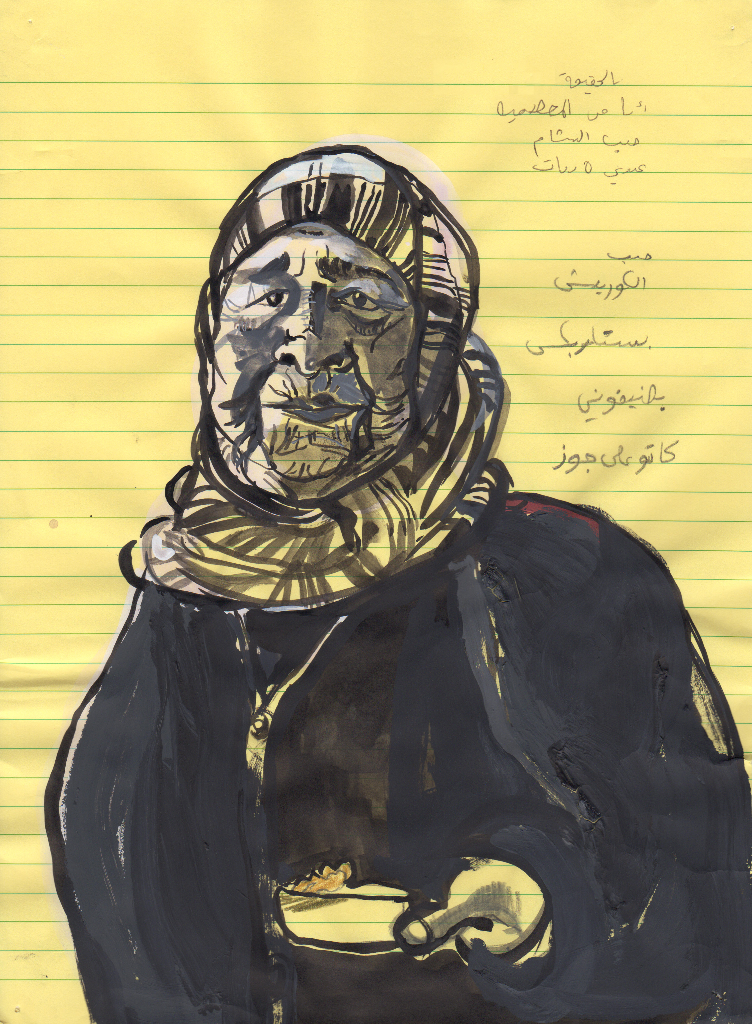 From Feb 8 - April 29, the solo show "Mounira Al Solh: I strongly believe in our right to be frivolous" will be on view at Chicago Art Institute

From February 8 through April 29, the solo show “Mounira Al Solh: I strongly believe in our right to be frivolous” will be on view at Chicago Art Institute.

The ongoing drawing and embroidery series I strongly believe in our right to be frivolous by Mounira Al Solh (born 1978) collects histories and personal experiences that continue to emerge from the humanitarian and political crises in Syria and the Middle East. 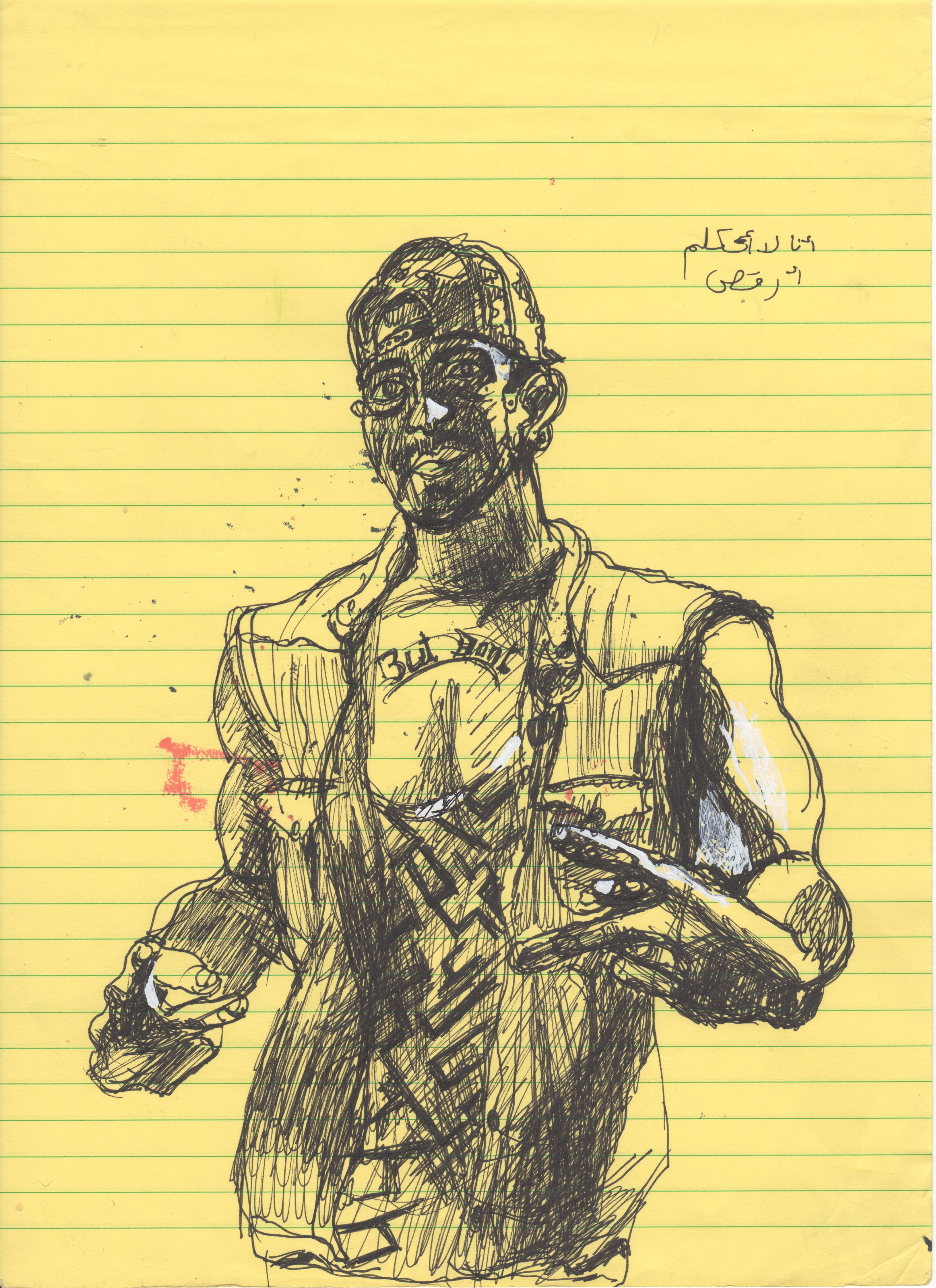 Mounira Al Solh. I strongly believe in our right to be frivolous, 2012–ongoing. Courtesy of the artist and Sfeir-Semler Gallery, Beirut / Hamburg.

Born in Beirut to a Lebanese father and Syrian mother, Al Solh started the series in 2011, shortly after the civil uprising in Syria, and continues to the present-day Syrian civil war. The project documents deeply personal encounters and conversations between the artist and Syrian refugees as well as other people from the Middle East who were forcibly displaced to Lebanon, Europe, the United States, and other parts of the world. The oral histories of displaced individuals to which Al Solh bears witness are as much administrative accounts as personal ones: many of the portraits are drawn on yellow legal paper, a material index of the painstaking bureaucratic processes immigrants go through in order to obtain citizenship.

While the drawings map geographies of departure, arrival, and nonarrival through storytelling, the embroideries serve as testaments to more collective histories. Weaving together the accounts that connect and divide families, friends, and other relations across the spaces and temporalities of migration, these portraits made on fabric culminate in the Sperveri, a so-called bed-tent that memorializes recent events in the Middle East and Europe within a larger history of Islamic culture.

In I strongly believe in our right to be frivolous, memory, conversation, and living monument become a prism through which the artist chronicles how social and political collapse destabilizes our most fundamental understanding of border, place, and nation while at the same time unearthing the lived and legislative dimensions of immigration that deeply affect today’s global political landscape. 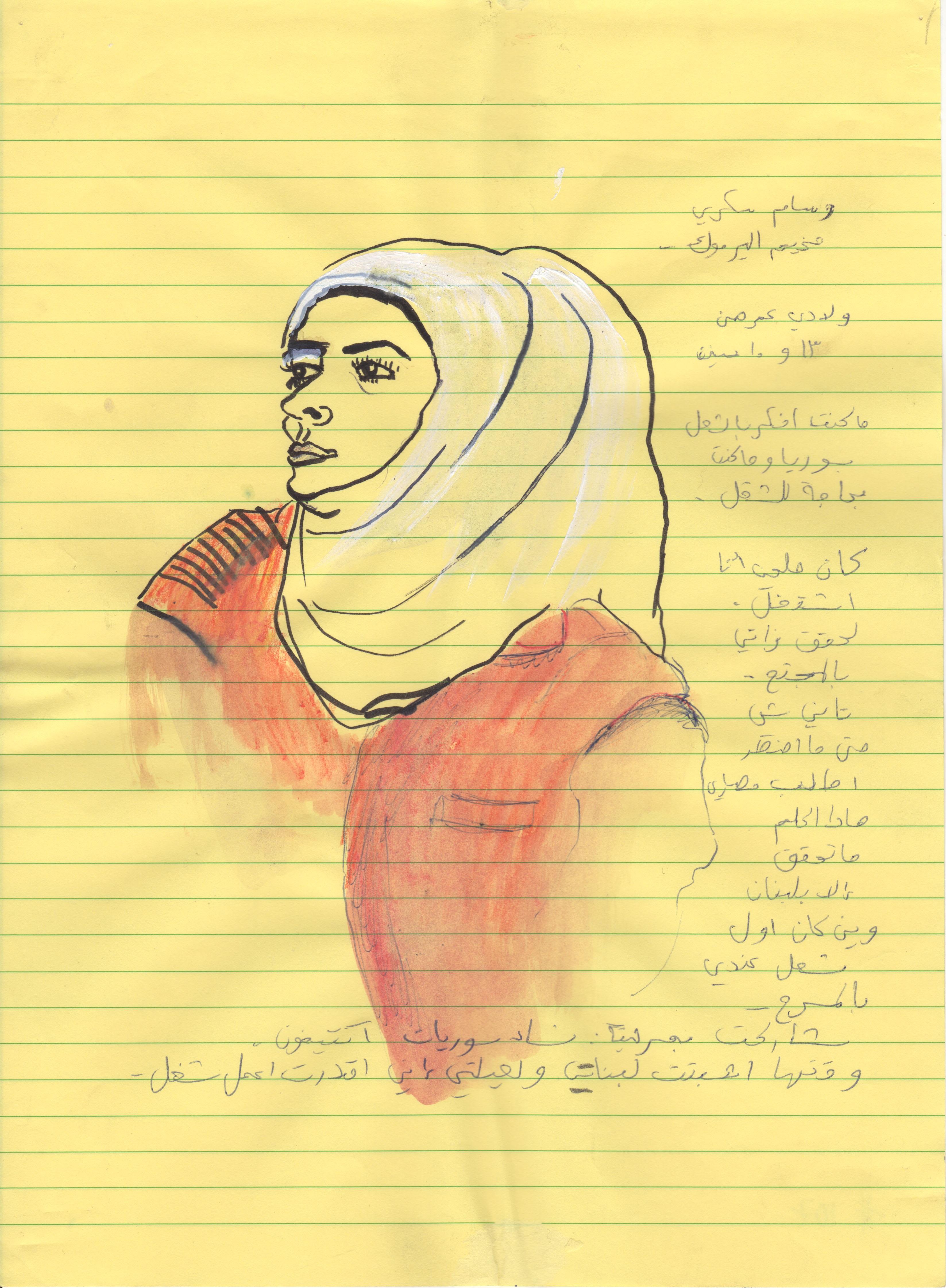 Mounira Al Solh. I strongly believe in our right to be frivolous, 2012–ongoing. Courtesy of the artist and Sfeir-Semler Gallery, Beirut / Hamburg.

Mounira Al Solh is a visual artist, born in Lebanon, she grew up in Lebanon and in Syria, and currently, she lives in the Netherlands and in Lebanon. Al Solh’s art practice embraces inter alia drawing, painting, embroidery, performative gestures, video and video installations. Irony and self-reflectivity are central strategies for her work, which explores feminist issues, tracks patterns of microhistory, is socially engaged, and can be political and escapist all at once.