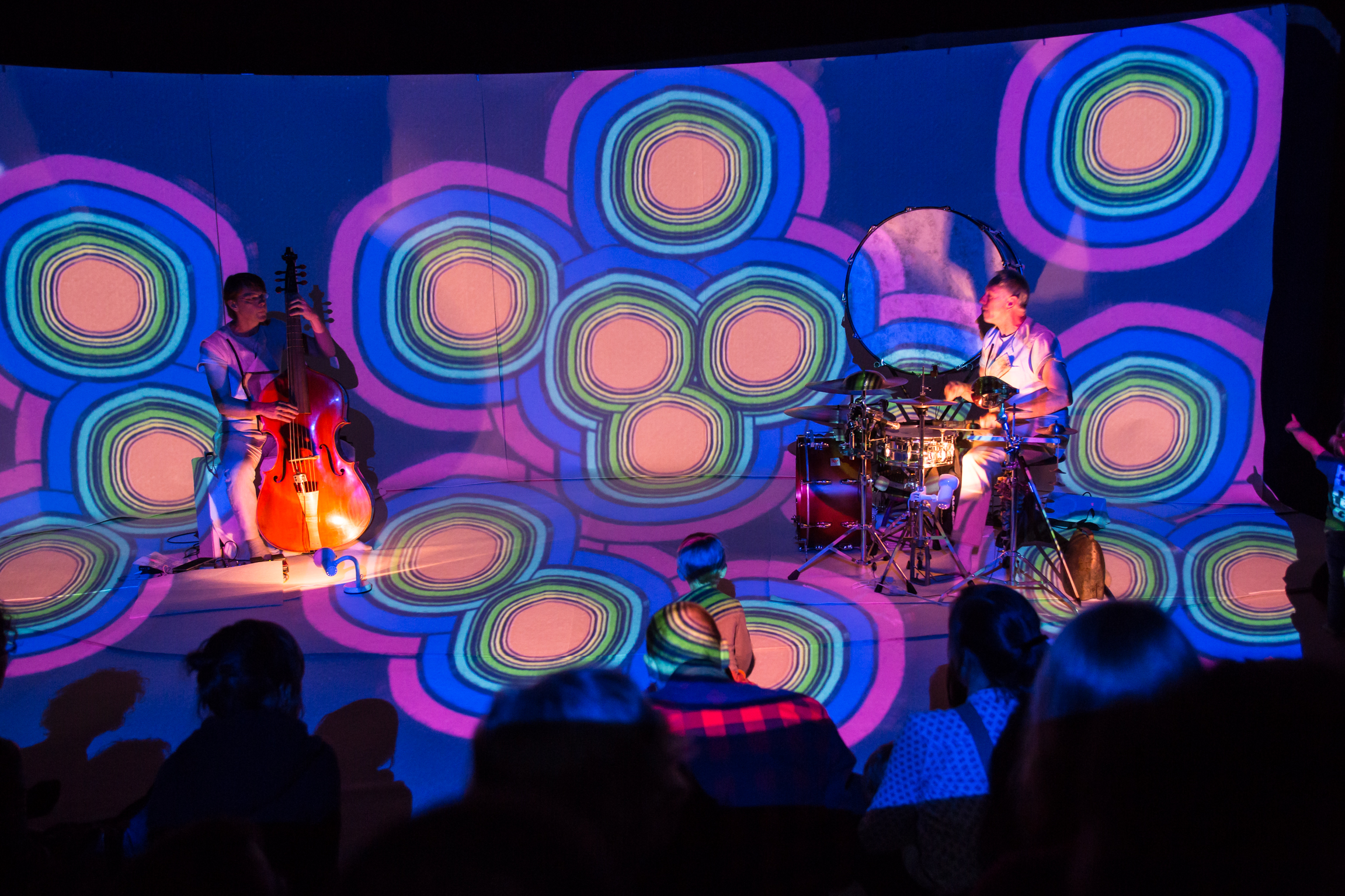 Never Grow Up! at Kennedy Center

Throughout the 2019-2020 season, Kennedy Center Performances for Young Audiences will present five award-winning music, theater, and dance companies from the Netherlands in collaboration with Dutch Performing Arts. This season-long Dutch focus will bring the unique, high-caliber work of Woest, BonteHond, Maas Theater & Dance Egg-Tion Hero, Oorkaan, and De Dansers to families and student audiences at the nation’s cultural center in Washington, D.C. Performances kick-off in October and November 2019 and will continue in January and April 2020.

Never Grow Up! is a joint effort of Dutch Performing Arts, the Consulate General of the Kingdom of the Netherlands in New York, Eye International, Netherlands Film Fund, Cinekid, Dutch Foundation for Literature, and DutchCulture. The program aims to stimulate the dissemination and visibility of Dutch youth arts as well as cultural exchange and partnerships with renowned US-based presenters and organizations.

Woest: Balancing Bodies
Dance
October 31-November 2, 2019 in the Terrace Gallery
Take a seat in a rolling office chair as an ordinary space transforms into a universe full
of surprises and twists. Dance/theater company Woest from the Netherlands brings this
interactive show balancing foolishness and seriousness. Ages 9+


BonteHond: GET’M
Theater
November 2-3, 2019 in Studio F at the REACH
Three television hosts fight over one microphone in this imaginative production full of
silly misunderstandings, a puppet show, and hilarious hide-n-seek. Ages 3+ 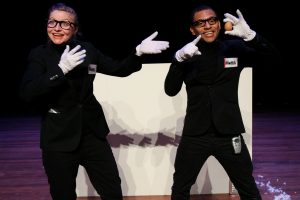 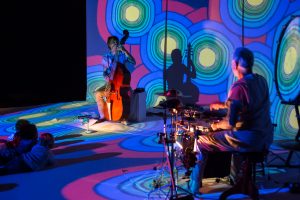 Music
January 11-12, 2020 in the Terrace Gallery
Dive into an enchanted world in which music, artists, images, and technology interact
with one another. This performance combines music and visual arts in an interactive
way, so be prepared to participate! Ages 2–4

For more information about the performances and Never Grow Up! visit our previous blog post. To

About Never Grow Up!

Never Grow Up! is a year-long initiative bringing an abundance of Dutch film, literature, and performing arts for young audiences to the United States. This program shares a wide range of work from the Netherlands for young audiences at festivals, conferences, and other platforms, all representing respect for young people and dedication to youth culture as an autonomous art form.

A joint effort of Dutch Performing Arts, the Consulate General of the Kingdom of the Netherlands in New York, Eye International, Netherlands Film Fund, Cinekid, Dutch Foundation for Literature, and DutchCulture, Never Group Up! aims to stimulate the dissemination and visibility of Dutch youth arts as well as cultural exchange and partnerships with renowned U.S.-based presenters and organizations.

Dutch youth arts are known for their artistry and high production values while often tackling challenging subjects, ranging from the commercial to the chaotic, the playful to provocative and poetic, the silly to the serious, and everything in between. Filmmakers, writers, and performers take young people and their personal experiences seriously. Unafraid to take artistic risks, publicly-funded makers in particular like to go off the beaten path of typical children’s stories and address topical issues head-on. At the same time, Dutch youth arts are characterized by their sense of humor, playfulness, and light take on things, and are equally enjoyed by grown-ups.

Throughout 2019, Never Grow Up! presents Dutch film, literature, (music) theatre, and dance that caters to young audiences and their families at events and venues such as Brooklyn Academy of Music, the Kennedy Center, New York International Children’s Film Festival, and Brooklyn Book Festival. Presenters and agencies are invited to attend screenings, readings, and performances, meet directors, writers and performers, and engage with representatives of Dutch expert organizations to discuss opportunities for collaboration and exchange. 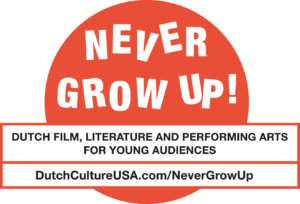 About Education At the Kennedy Center

The John F. Kennedy Center for the Performing Arts sets a national standard for arts learning. Working through model programs and a nationwide network of partners, the nation’s cultural center harnesses the power of the arts to address education challenges, accelerate best practices, and uplift citizen artists. Across all its programs, the Kennedy Center is committed to increasing accessible, inclusive opportunities for people of all ages and backgrounds to participate in, learn about, and learn through the arts. New York Times best-selling author and illustrator Mo Willems serves as the Center’s first-ever Education Artist-in-Residence. Throughout his two-year residency, Willems will invite kids and former kids into the creative process with original productions and hands-on, interactive moments.